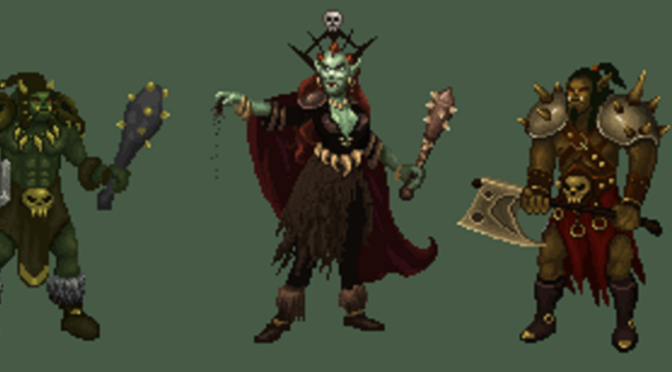 Hello hello hello.  It’s time once again to look at our upcoming card game and all the beautiful pixels that encompass it.  Today is a bigger update than usual, thanks to our next race being all about honor and glory.  The orcs of Tellest have long before made their peace with elves, dwarves and humans, and they’ve been left to prosper.

Just because we’d consider these some of the good guys though, that doesn’t mean they aren’t tough as steel and sharp as nails.

Just as with all of our other races, you can see that these orcs are all very different from one another.  Although they do have one unifying feature it seems: skulls.

Let’s take a closer look at each of them, shall we? 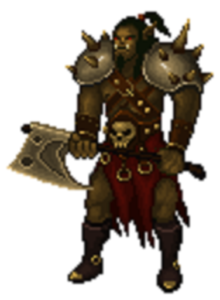 Al’az Leoric is a proud warrior from Felwain.  Anytime you’ve ever thought of an orcish hero, you’ve likely had a vision somewhat similar to Al’az.  He came to the aid of a group of excavators who swore that their mine was beset upon by demons.  Single-handledly, Al’az stayed behind to give the miners a chance to escape.  They brought the mine down with him inside it.  When he awoke, he was surprised to find himself outside another dark cavern: a dungeon with untold treasures. 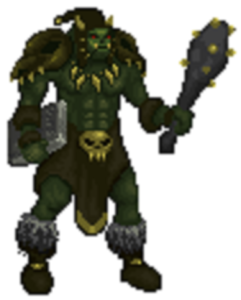 Barak Gauth is a warrior priest, also from Felwain.  He’s not quite as tough as he looks, but then, he isn’t as dumb as he looks either. Barak has learned how to preemptively heal himself an allies from arcane influences.  It really is a sight to see, but he’d just as soon club your head in than offer you a show. 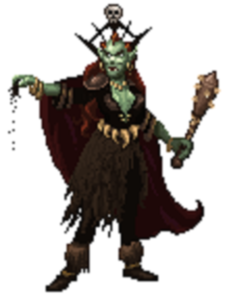 Crass Kallie is a priestess from the dismal orc city of Trenton’s Blade. They’re not exactly known there for their hospitality, or their honor, for that matter.  What Kallie lacks in moral values, she certainly makes up for by her dark reputation.  Some say she’s dabbled in nearly all the dark arts, from demonology to necromancy, but nobody has been brave enough to inquire to her directly. 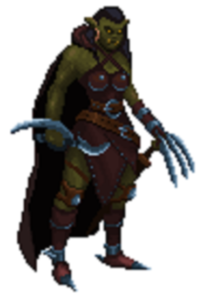 Another resident of Trenton’s Blade, Foe’gen Liath is an assassin who prefers the shadows to an open battlefield.  She’s been able to rein in her rage and anger for the sake of clandestine meetings and vicious killings.  As unlikable as you’d imagine she would be, Foe’gen has found a family that appreciates her and her skills in the form of the assassin’s guild. 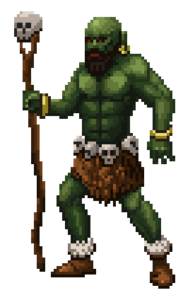 Ter’Sek is one of our established characters.  He first appeared in The Enemy Within at the very end, and there are plans to see him in the next “mainstream” Tellest title, though who knows when that’s going to come out.  Ter’Sek is a shaman who assisted the dwarf, Gunnar, with protecting a tunnel between Blacklehn and Raleigh. His home is Genger-Mar, but he hasn’t seen it for some time.

And here you have all of our orcish adventurers, side by side.  Let us know what you think of this set while we prepare the last two races for you!