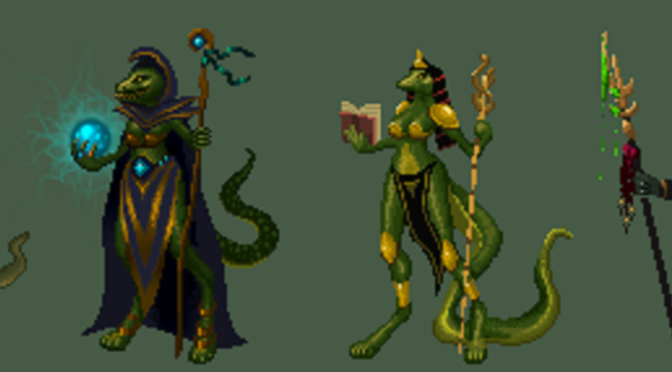 Hello again from Pixel Land.  We’re here today to give you an awesome look at another new race from our upcoming card game, and it might just end up being your new favorite.

At this point, the “evil” races of our game are sorely outmatched by the alleged good guys.  There’s no better way of evening the scales than by showing off a race with scales.  So, without further adieu, here are your lagano heroes:

Our lagano are perhaps more different from each other than any other race on Tellest—only the kaja and the kobolds stand a chance at holding up to their variety.  That’s because the lagano are technically not a race, but a collection of them.  Most are the tried and true lizardfolk that you’re accustomed to in other fantasy universes.  But it also encompasses anthropomorphic snakes and gators and things of that nature.

We could go on about semantics forever, but we know what you’re really here for is the characters! 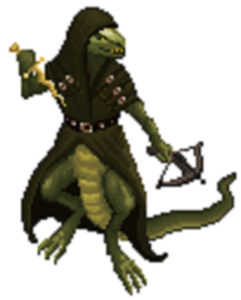 Kieriss Raul is an adept thief, who is just as good at picking off an enemy from afar as he is at slinking in the shadows until an opportunity comes to poke an unsuspecting fool full of holes with his deadly kris.  Hailing from the swamplands of Warus, he’s seen his fair share of conflict with other races. 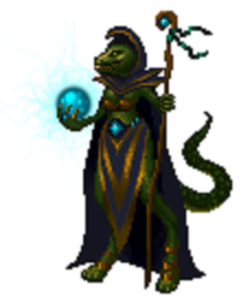 Qath Lerra is a temple guardian from the Ipparian island of Norkoth. She’s earned immense praise not only from her peers, but also from their gods, and has rose up the ranks as a powerful member of her society.  That’s why it was surprising to everyone when she chose to investigate the strange dungeon, leaving her temple behind. 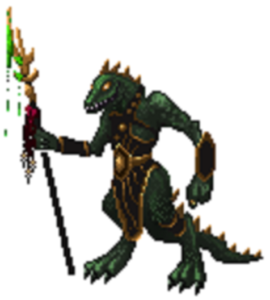 Skithis is a deadly member of an elite warrior’s guild that hails from Sithus.  The Rhodan city is known for producing incredible amounts of lethal poison, and Skithis enchants all his weapons with it. Unfortunately, the potency of the poison, and the lack of caution that he exercises while using it leaves him in danger at all times without an ally to keep an eye on him. 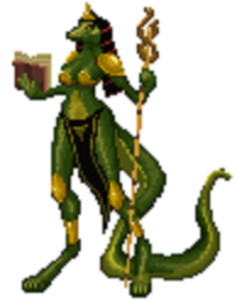 Vississ Woas is a cleric of Kerogane.  Her people pray to a flaming salamander god, and a good amount of her peers believe her to be a rising champion in his fiery eyes.  Though she seems regal and almost dainty, she’s proven to others that she is fierce and able to endure anything.

And there you have it.  This is our full team of Lagano.  Hopefully you liked this little look behind the curtain.

Next up, we’re heading back for another look at the good guys, with Tellest’s minotaur crew.