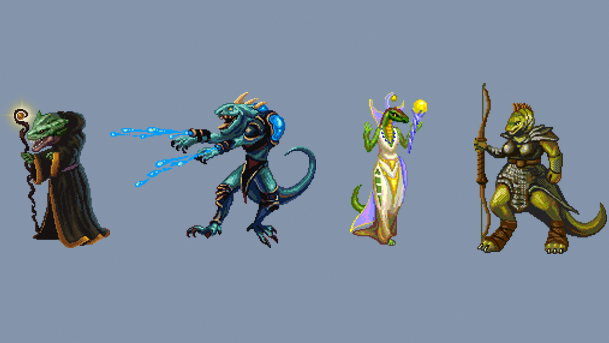 Howdy questers!  We’re back with our next set of adventurers from the upcoming Quantum Quest expansion.  We’re down to our final third of the heroes who are going to be diving deeper into the dungeon, and I think out of all of them, this set is my favorite (the trolls come close too).  Let’s check out the members of this latest group. 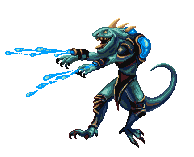 It’s a really cool bunch of lizardfolk, and Sergei made sure that each of them looks positively awesome.  Let’s get to know them a little more. 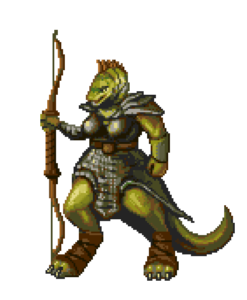 Hailing from the city of Lilandria, Jindara Kithis is known for her immense strength.  Word is, she can shoot an arrow as far as a ballista can shoot a bolt.  You’re in big trouble if she’s accurate, too. 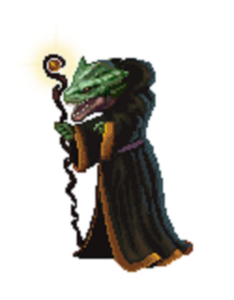 Orayl was introduced in passing in Aaron Canton’s Tellest short story, Lavos and his Final Night.  A member of the Hillslash tribe, he essentially doomed Lavos to die, even though we never saw him “on paper.”  Sergei brought this lagano mage to life for Quantum Quest though, and he looks spectacular.

Xera Komna is a priestess from Norkoth, but she doesn’t heal wounds or preach the faith in one of their temples.  Rather, she purges weakness from warriors and helps them continue their ferocious attacks. 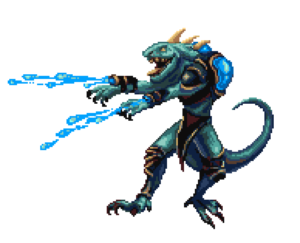 Jatlis Cresk is a lagano outlaw with some pretty cool gear.  She’s got water blasters that she uses to set off traps from afar, and pretty much all of the followers of Hudorian love her for it.  She gets a bonus if she’s hanging out with some other lizardfolk as well.

There you have it: a quartet of badass lagano.  They’re varied and distinct, and they likely never would have run into one another were it not for the living dungeon.

We’ll be back in three weeks to start looking at the next set.  The minotaurs are going to be getting some nice representation in that sneak peek!