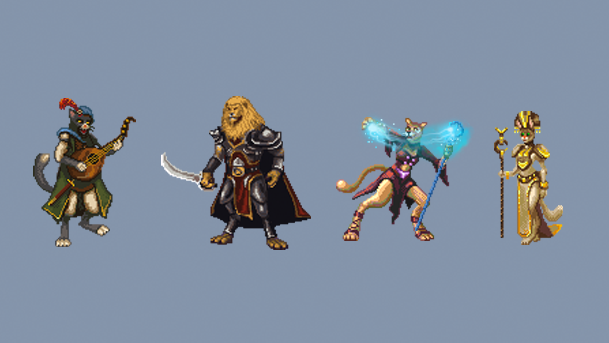 Hello there questers!  Did you know that we have officially crossed the threshold and are now halfway through the new adventurers for Quantum Quest’s first expansion?  Time flies, doesn’t it?  Today, we’re going to be spending time talking about the kaja from this new set, adding four new adventurers to the mix to join the four from the original game.

None of these characters have graced any of the books or short stories, which I think is a pretty impressive feat, considering how awesome they all look.  Let’s learn a little bit more about these adventurers, and see if we like their chances in the living dungeon.

Denal Gamore might seem like he’s ill-equipped to handle the dangers of the dungeon’s terrible chambers, but he’s good for inspiring his allies and raising morale.  The one bad thing is that when he falls and the music stops, things can get a little worse off than before he came around. 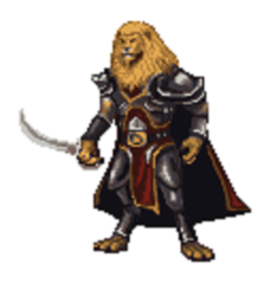 This is one of my favorite-looking adventurers from either set.  Jai Shadiri is big and tough, and he’ll definitely be one of the adventurers who will last the longest in the dungeon.  He’s not witty or overly charismatic, but he gets the job done. 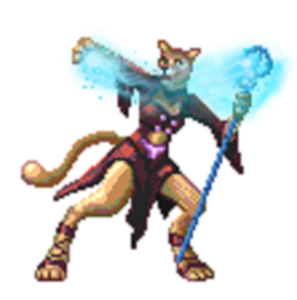 Manali Varezo is the kind of mage who does everything in her power to help out her allies.  Before she found herself in the dungeon, she led her tribe in an exodus across a scorching desert, relying on her magic to keep them safe. 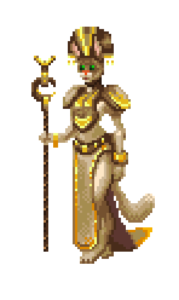 Not to be outdone by kaja mages, Valda Irion made her own pilgrimage through a harsh desert—but she did it alone.  It was a test of her faith, and she came through believing more than ever in the deities she and her sisters believed in.

So there you have it.  Four brave kaja willing to risk it all in the dungeon in order to claim victory over others who would use its power to gain the upper hand in their realm.  But perhaps these kaja will end up on opposing sides.  Only time will tell!

We’ll be back in three weeks.  You’ve seen the cats—it’ll be time to see the dogs then!