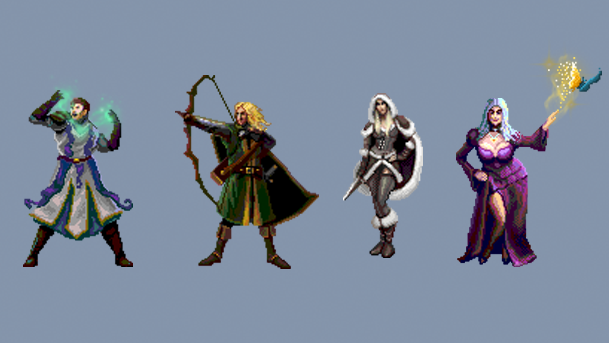 Hello there folks!  It’s time for another installment of “check out the new QQ characters.”  This one is especially cool to me, because we have so many Tellest novel characters making their way into this set.  This is actually the largest group of established characters within one group, so there’s a lot to talk about!

Those first three are all characters that have been written about, and the fourth character received her very name because of an ancient queen who once ruled in her country, so there’s a lot of established lore to fall back on.  Let’s see more about them. 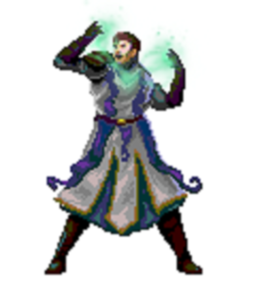 Conrad the Blessed was mentioned as having things that he was accountable for in As Darkness Falls, but he became a bit more important in The Enemy Within before he was given his own story with Blessings and Curses.  He has a lot that he’s going to have to do in the future, so it’ll be interesting to write about him—but will it be more fun to play with him in your party?  You’ll have to wait until QQ Blue is released to find out! 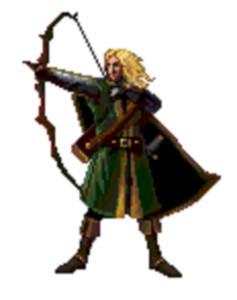 Kelvin Drakos is one of the oldest characters we have in our game and our series.  Along with Alicia Mane, he’s been around since the beginning.  Most recently, he’s been the protagonist in the Silver Serpent debut novel, as well as the upcoming Heart of the Forest. 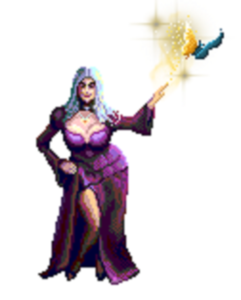 Lucinda is a relatively new character, comparatively speaking.  She debuted in the sequel to Mageborn, Transformed.  This saucy older sorceress is a master of transformative magic (though less so than making lewd comments to handsome gentlemen).  I like having her in the game, since it goes to show you that heroism comes in all forms and ages. 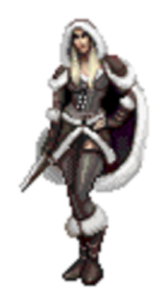 Finally, we have Ylva Tychos.  Tall, slender, completely new to the Tellest universe.  That said, her namesake comes from the old dwarven queen in Rhianna DeAngelo’s Midwinter Requiem.  This Ylva has got her own stories to make, and it’ll be interesting to see if anyone picks up that writing task in the future.  We’ll see!

That’s it for our human heroes from this new set.  I hope that if you liked these characters from the books, you were excited to see them show up in Quantum Quest.  We’ll be back in three weeks to show off the Kaja, a quartet of new and varied heroes from around the world of Tellest.