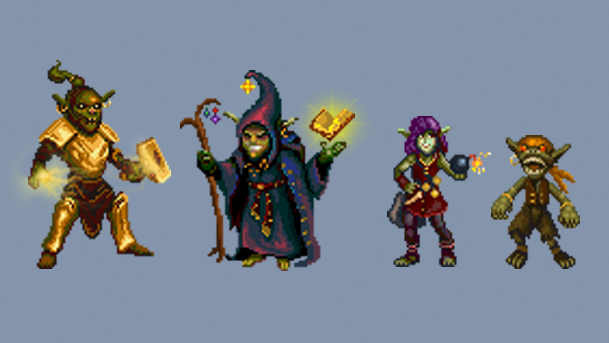 Howdy everyone.  It’s been a few weeks, and now it’s time to look at some sprites again.  We’ve been playtesting the new expansion like crazy, but we still have a lot of work to get to the point where we’re ready to check the box next to it and say it’s ready to go.  With that in mind, let’s look at the tiniest checkbox we have: the gremlins.

They’re tiny, but as you’ll see, they pack a big punch.  Let’s get into more detail about our diminutive race. 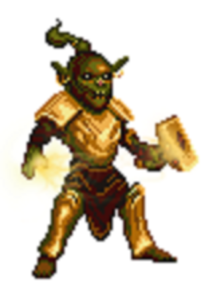 With Runo Lanisa (and most of the gremlins, actually), we lean all in with out easter eggs and in-jokes.  This gremlin paladin is notoriously stingy, but that’s not all.  He takes out loans and never repays them.  What a jerk!  A Lanisa never pays their debts. 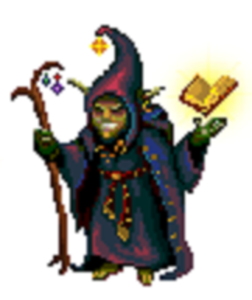 Onyx Grouse is an old school gremlin.  Hailing from the gremlin city of Glisgin, she’s been working on her magic and her studies.  She’s modeled herself off of the wizards of old, but she doesn’t quite have the look down pat, thanks to her small size and limited resources. 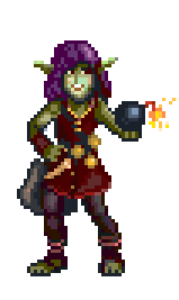 Akela Cresol is one of our tiniest gremlins, but man does she pack a punch.  She’s a sapper, and she never leaves a bomb behind.  In fact, in her pack, she even has a proximity explosive that needs to be adjusted every few moments or else it arms itself.  That’s bad news for anyone who tries to pass her by if she succumbs to the dangers of the dungeon. 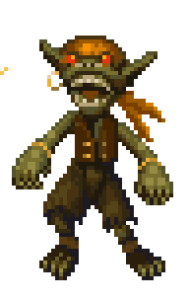 This one’s a cool one.  I think Merron Dath is our first official relative of an existing Quantum Quest adventurer.  If you’ll recall, we introduced Merris Dath in the original set of QQ.  Merron is also a character from a book, as he briefly showed up in Heart of the Forest.

So, there you have it.  That’s your set of gremlins from the new expansion.  Next time around, we’ll be showing you the humans, and arguably our biggest set of characters that had already been introduced within the Tellest lore at one time.  Stay tuned!