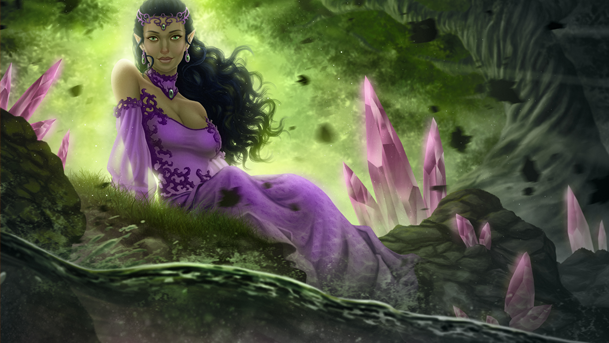 Howdy folks! This week, Tellest will once again be at Wizard World Comic Con in Philadelphia, and one of the things we will have a chance to show off is a quirky little item called Quantum Quest Quarterly.  We’re working on making that available in digital format as well, but for now, it is something that was specific to people who bought the Quantum Quest tabletop game.  It’s also available on Amazon if you want a paperback copy of this little magazine (please note, we receive compensation if you purchase anything through this link).  Inside QQQ is a short story by Aaron Canton called The Elf of Black Iron Lake, which is based on one of the adventurers from the card game.  That story will eventually make its way into the Tales of Tellest: Volume 2 book as well, but we thought we’d get a sneak peek at the artwork from that story.

We’re actually introducing a new artist that we’ve worked with for this project, Cristiano Reina.  He also did some other Quantum Quest-related work for us that we’ll show off a little later.

For now, let’s dive right into the artwork! 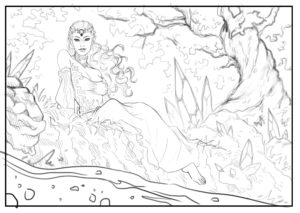 Cristiano started us off with a black and white sketch of the character.  Black Iron Lake is a strange place where magic doesn’t work the way it’s known to.  Callie-Flynn Xaxos is a shadow priest who actually prefers that strange place and the effect it has.  Cristiano captured the weirdness in a great way. 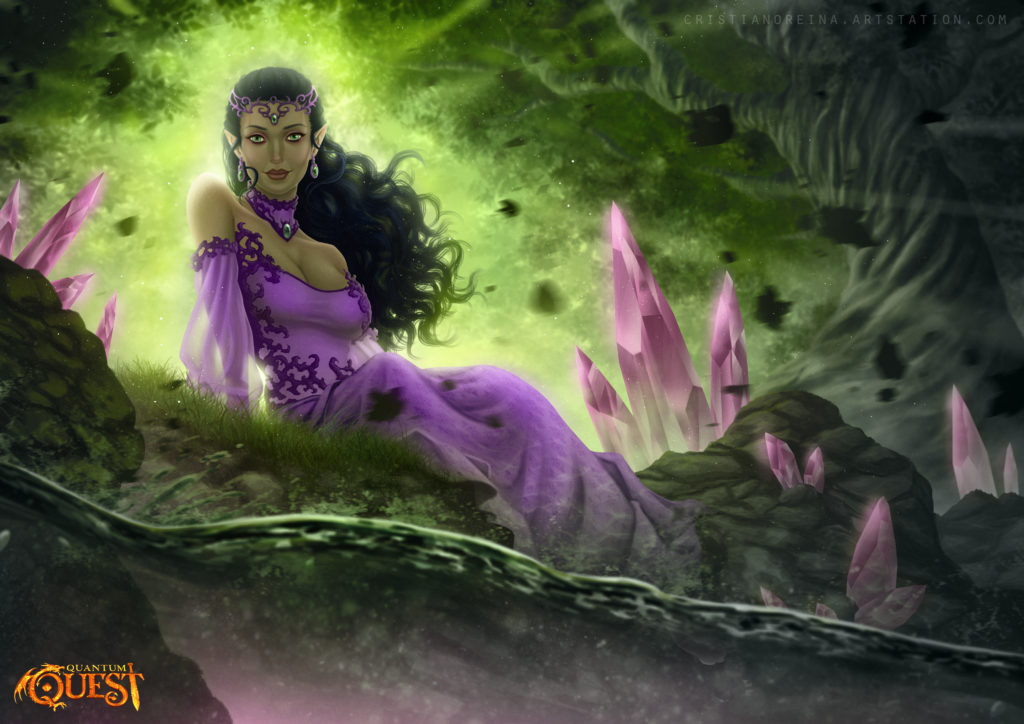 The first look of things in full color was awesome.  Callieflynn has this extreme confidence, even surrounded by all that strange magic and those dangerous looking crystals.  One of the things we did want to do was touch up the characters makeup a little bit.  She looked a little too glamorous for the harsh world that she is a part of. 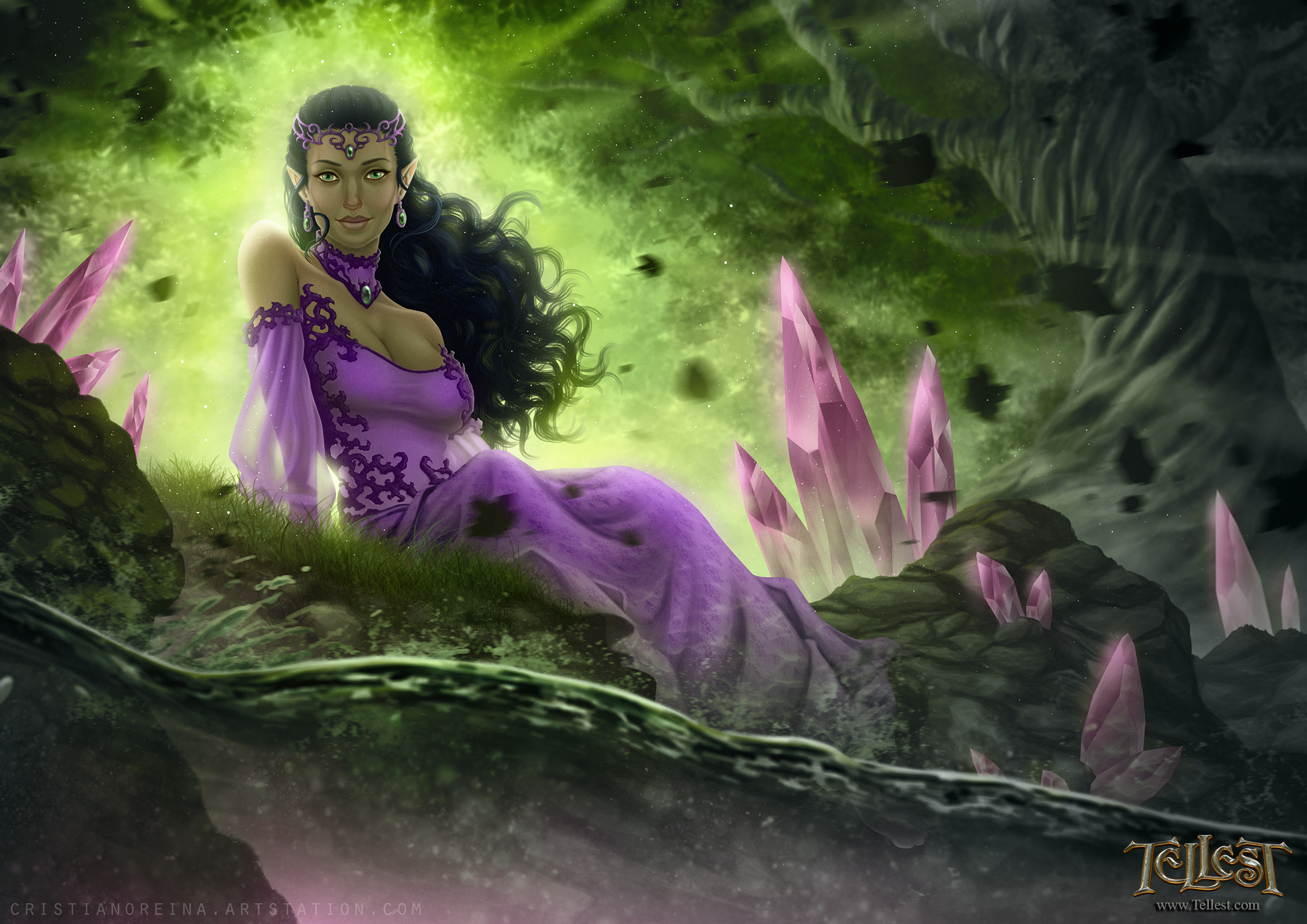 Here you can see the final version of the piece.  We changed a little bit of Callieflynn’s face, but most of the piece remained the same.  Cristiano did great work with his debut Tellest piece, and we’re excited to show off more of his work very soon!