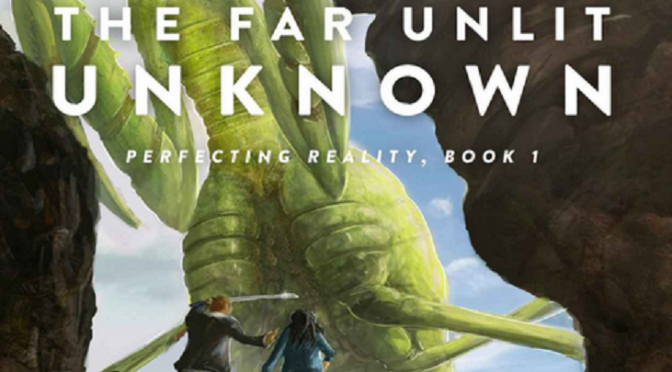 I love fantasy in all its shapes and forms.  Though I mostly stick to writing fantasy, there’s something about space and technology that is just so alluring.  I’ve thought about entering that realm for a while, but Tellest is just so much a part of my life now that I don’t know if I’d ever really get there.  With that in mind, I look to other storytellers to give me what I need as far as that genre goes.

It’s been a long while since we’ve had any hard sci-fi from the Otherworld, but we are headed back that way without pulling any punches.  John Ploskina crafts an excellent tale with The Far Unlit Unknown, the first book in his Perfecting Reality series.  It has the perfect mixture of intrigue and suspense, and it comes together in such a way that you’ll be done reading it before you know it.  And I am in love with the cover – it has that awesome old-school science-fiction flavor to it. 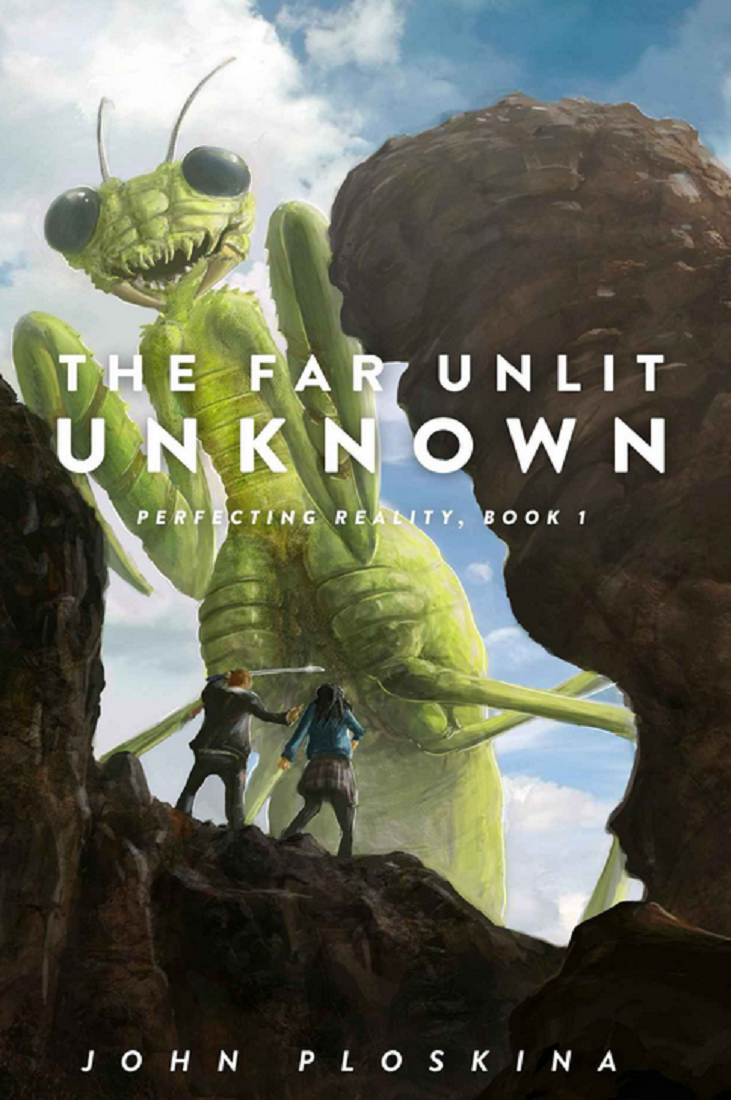 Nathan is the worst class clown at St. Robert Bellarmine Academy, and he’s one step away from expulsion. “Cello” is the school’s introverted star student who refuses to tell anyone her real name. When they end up in suspension together, Nathan finds an unlikely soul mate in the enigmatic, eccentric genius.

Until Mr. Rumo, Cello’s favorite teacher and Nathan’s nemesis, goes missing. Now, Nathan must be Watson to Cello’s Sherlock Holmes as she unravels the bizarre secrets behind Rumo’s disappearance. The smoldering wreckage of a failed quantum physics experiment leads them to a tear in the fabric of Space-Time that opens up to the universe next door.

Nathan and Cello find themselves lost in the Multiverse. What they uncover is a vast conspiracy that threatens the very nature of reality, and a foe who won’t hesitate to destroy entire universes in his quest to build a perfect world.

Join two best friends as they journey into the Far, Unlit Unknown on an epic adventure to save the Multiverse and bring their teacher home.

Ploskina also spared no expense in his quest to market this wonderful book.

If you’re interested in Ploskina’s work (and you should be at this point!), you can check out his work on Amazon.  It’s being offered up at a fantastic price, so there’s no better time to buy!