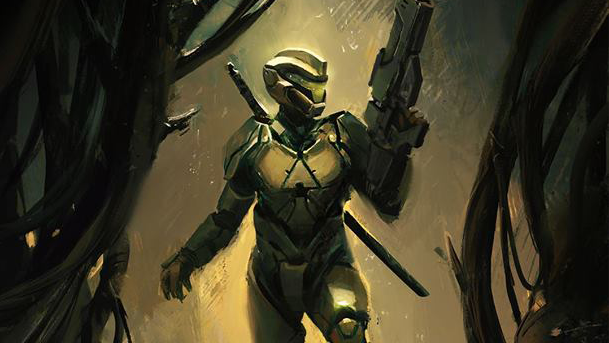 Hello there folks.  It has been an interesting year.  We’ve seen more than double the books we saw last year, and they’ve all varied so greatly, it’s like everyone got a treat this time around.  As we’re winding down to the last couple months, we’re starting to look at stories that are perfect gifts for loved ones, or to treat yourself.  Case in point: today’s excellent fare, a wonderful Sci-Fi that’s rich, diverse and full of fun.

Kyle Mata is a new writer on the block, but don’t let that fool you.  If I hadn’t told you, you’d believe he’s been publishing his work for decades.  His first sci-fi book, Scorpion: The Rae Wars, launched this month, and it is a wonderful introduction to the literary universe that he’s crafting.  Once you pick up this sci-fi debut, you’ll be certain you’ve found a dependable storyteller, and you’ll be just as eager as I am to continue exploring the Scorpion Universe.  As of this writing, Mata has a flawless five-star rating across this book and an earlier military fiction he wrote years ago that also stands the test of time.

Mata has some interesting insight that helps him craft these stories.  He’s a US Air Force officer that gets input and feedback from his fellow officers, so he’s got the military side of these stories down pat.  But he’s also a huge fan of flagship sci-fi properties like Dune, Halo and of course Star Wars.  Also, just as an aside, the author has a pic of him and Scarlet Johansson, so that kind of makes him an honorary avenger, doesn’t it?  How are you going to turn down a book by an avenger? 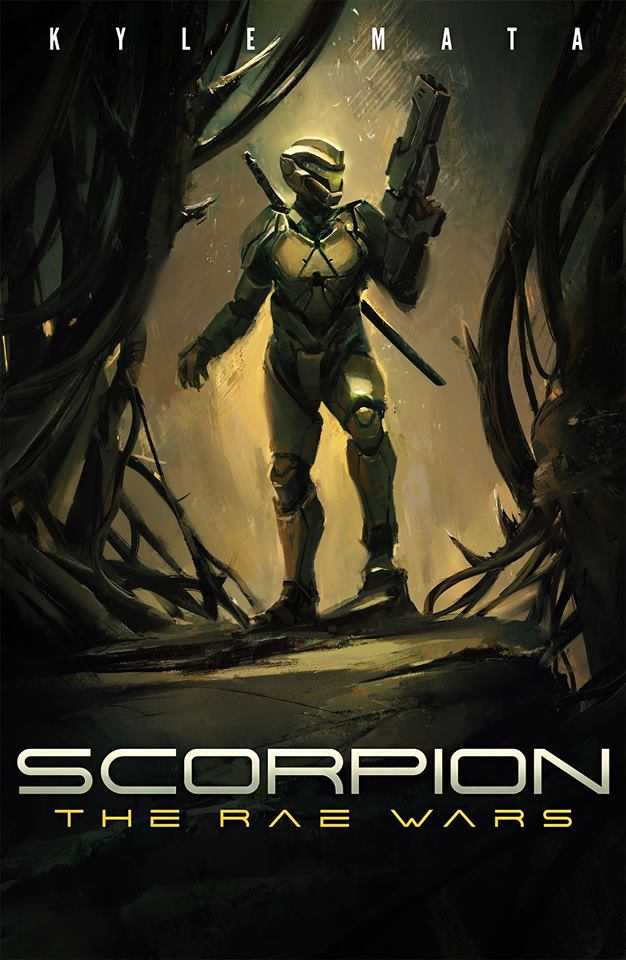 Nearly one-thousand years after humanity has left Earth and taken to the stars, a rift has opened in the center of the galaxy.

The rift has been teleporting new planets, known as Nomen, into the solar systems.

A period of tense peace begins between formerly warring factions, as a galactic landgrab begins to claim and colonize these Nomen. But the mysterious Nomen carry a dark secret within them, a secret that could lead to the end of humanity.

This secret is stumbled upon by four unlikely heroes, each from a faction that hates the other.

Can these four overcome their differences and unite a war-torn humanity against this new threat?

Mata has developed an incredible balance in his storytelling.  It’s gripping, it’s immersive and it keeps you on your feet.  At times, it feels like you’re reading this excellent literature that puts a focus to these heroic characters—each with their own branching plotlines that helps to tell what feels like epic sci-fi fare.  Other times, you almost feel like you’re part of the action, watching on the periphery as events unfold.

There’s an even cooler way to get immersed in the story.  Dark Phoenix Arts, the publisher of Mata’s wonderful book, are putting together an enhanced audiobook that you can follow along with.  Get a sneak peek of that audiobook now—you won’t be disappointed! 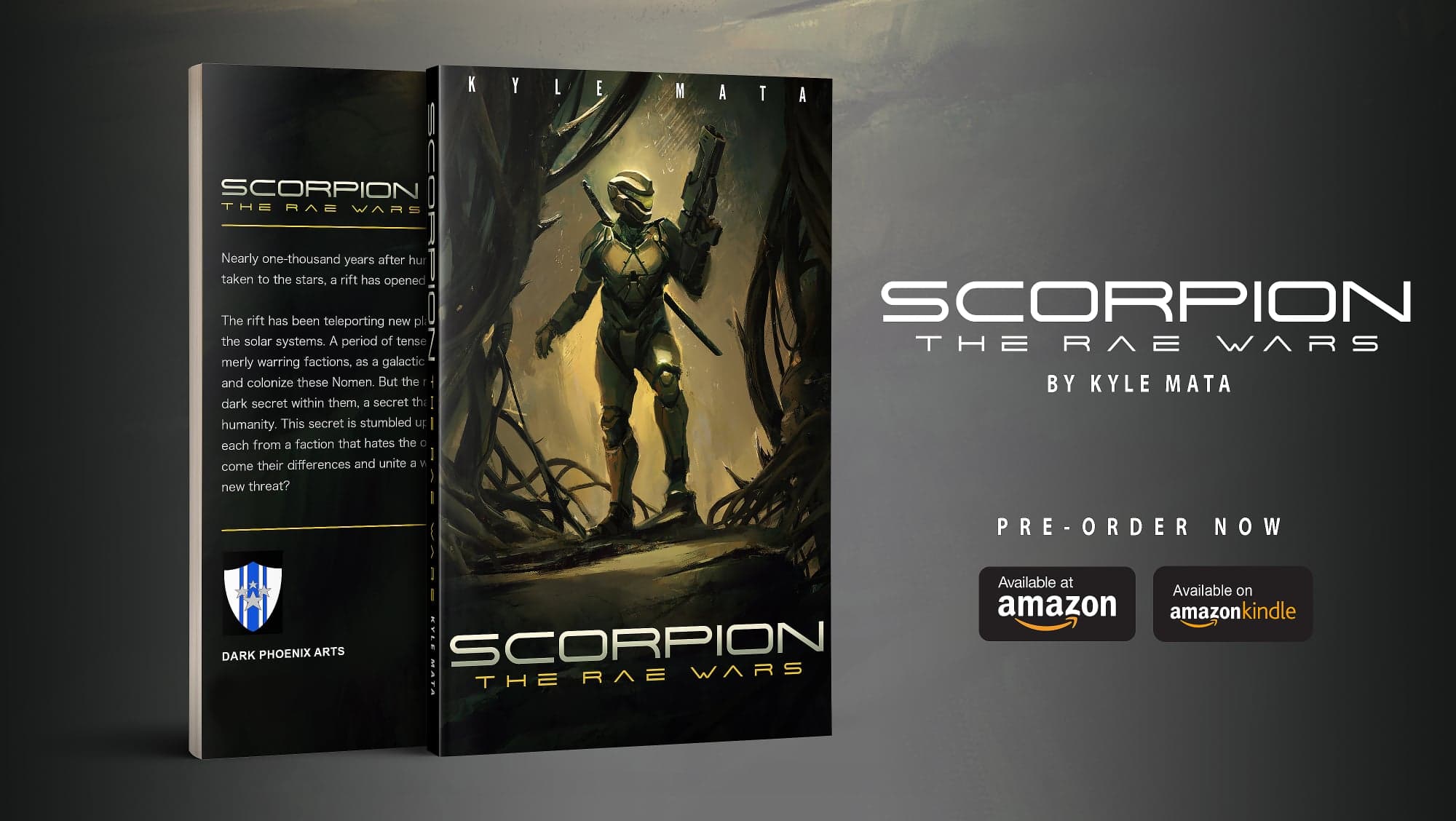 Kyle Mata is definitely going to be an author to watch out for.  This book doesn’t feel like the work of a novice, but someone who is passionate about the genre, and built it the right way.  It’s rich, deep and filled to the brim with the kind of things that make sci-fans geek out.  With a universe that promises to be plenty robust, now is the perfect time to get in on the ground level.  Check out Scorpion: The Rae Wars on Amazon today!