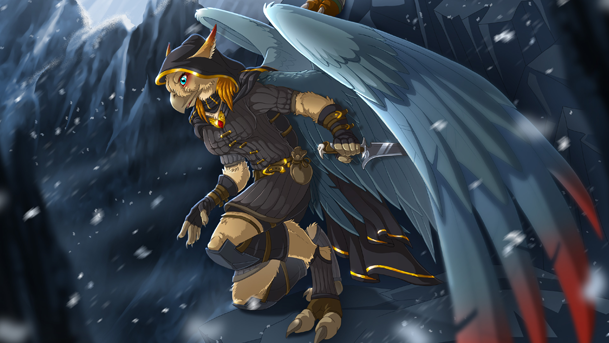 Hi everyone! I’m really excited to show you some new artwork today. We collaborated with LizKay on a very cool piece that features Keota and his sister Kyrie, two avarians that we wrote about in Lord of Thunder.  We really lucked out on this team-up, because it was one of the most elaborate and expressive scenes I think we ever received.  Check it out: 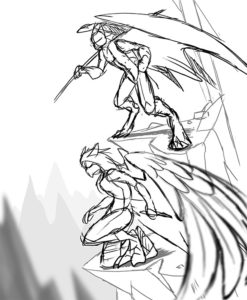 Alright, alright.  That’s not spectacular, yet.  But over the course of this set, you’ll see just how awesome it became. 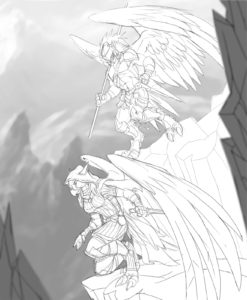 That opening sketch led to some rough lineart… 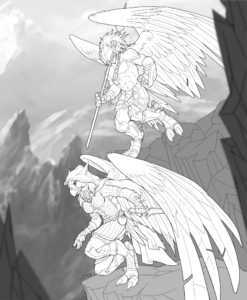 Which led to some finer lines. 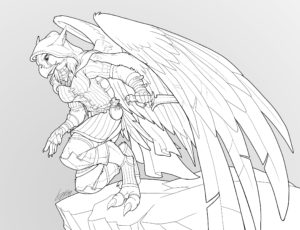 It was also around this time that we started discussing things like ear tufts, and whether they were always things that our avarians have (they’re not—it’s like ear lobes for humans). 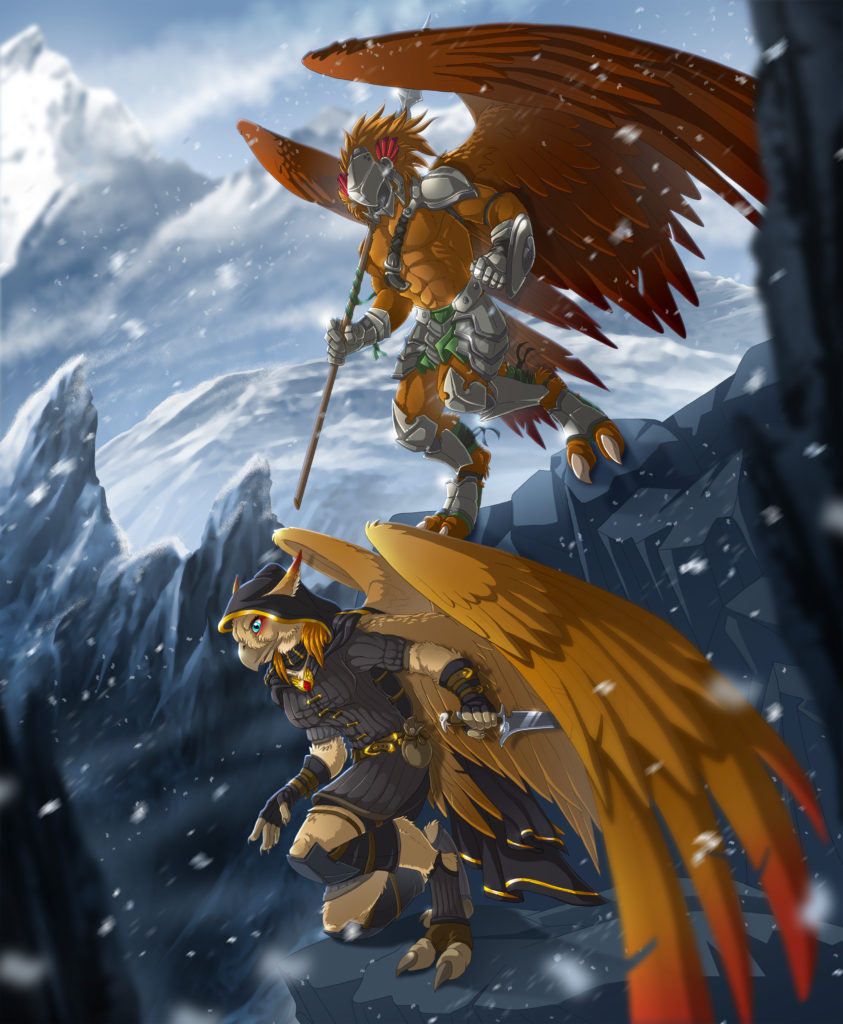 After that, LizKay put some color into the mix.  The only problem was that Kyrie was written as having silver feathers.  So we had to make some last-minute adjustments. 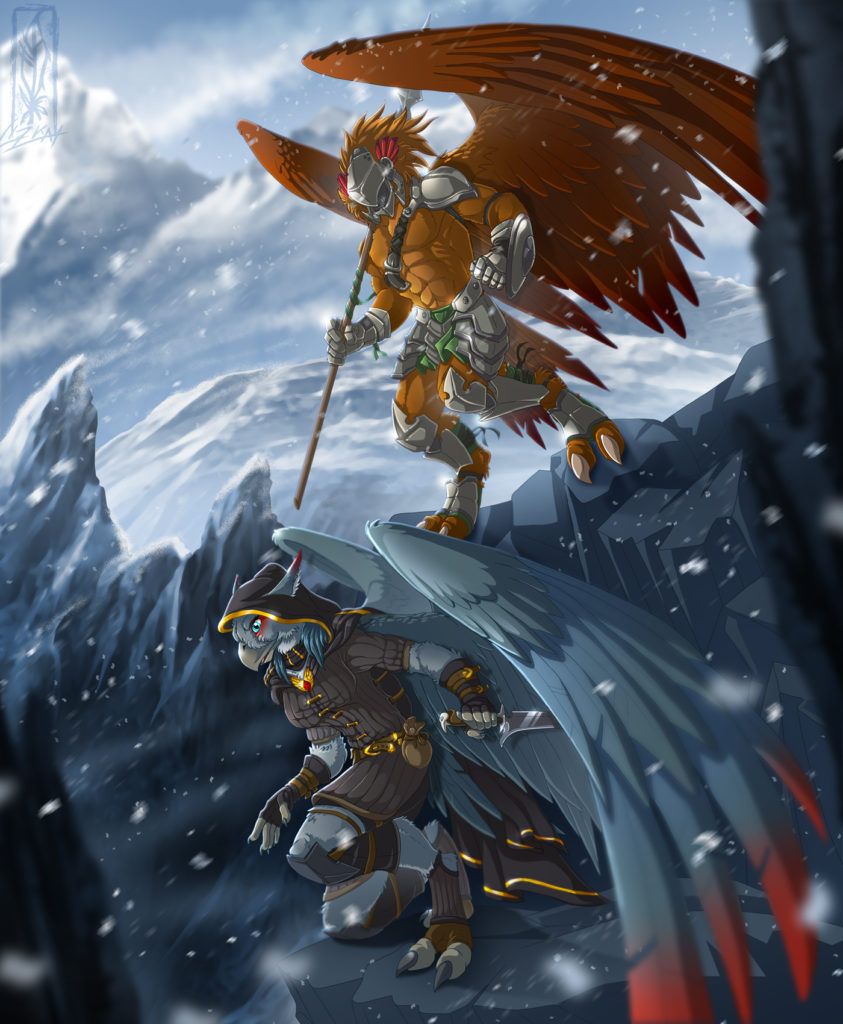 Here was our first try at changing the color. 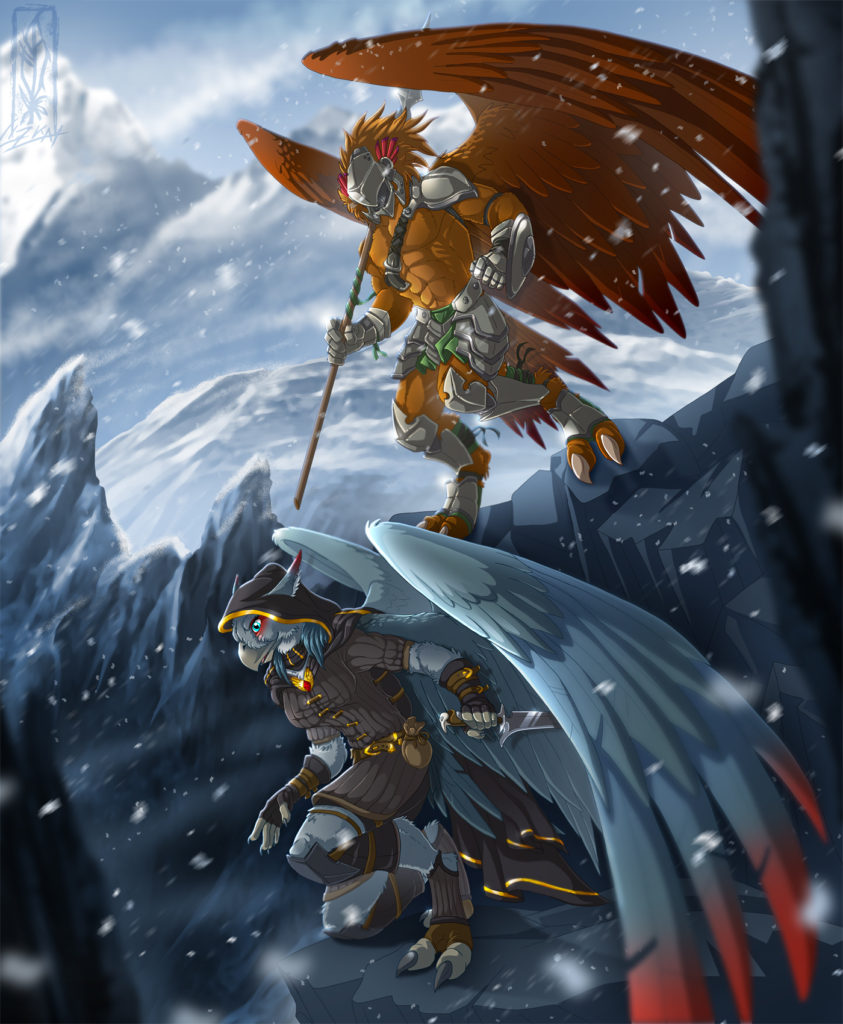 We lightened things up so that they didn’t blend into the mountain so much. 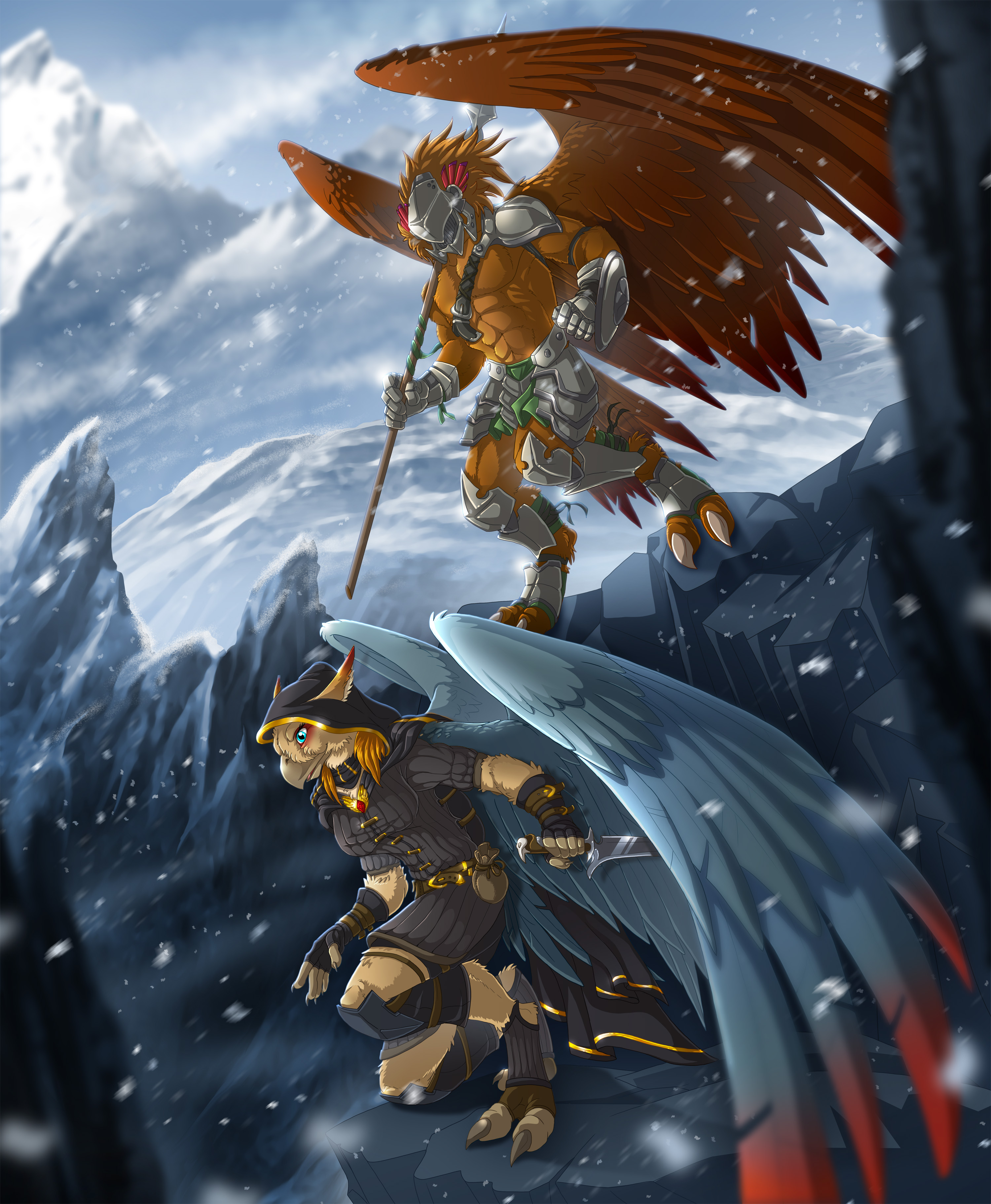 We ultimately decided to do a bit of a mishmosh, that turned out really cool.  We’ve had tons of opportunities to grow this universe beyond just what I see in my imagination, and this was another one of those cool chances to evolve a character in a cool direction.  LizKay’s interpretation of Kyrie here is pretty much how I see her now, just like that.  I really hope I have the chance to work with LizKay again, as this work was just so expressive and beautiful, and I know she has the potential to bring a lot of other awesome characters to life.  We shall see!