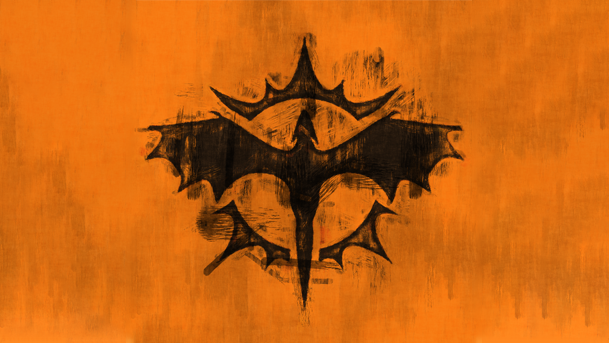 Hello there folks.  We’re back again today with a look at a new sigil from the Tellest universe.  This one is a bit strange because it broadly covers a region in Saveon, and one that’s also particular to a race that lives there.

In the Kehara desert, the kaja tribes require a dragon companion to survive the hazards and dangers that surround them.  This was explored specifically in the novella Dragonspeaker.  Well now, we have a banner that they fall under. 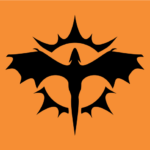 Once again, we have a cool tapestry version that Francois did up for us: 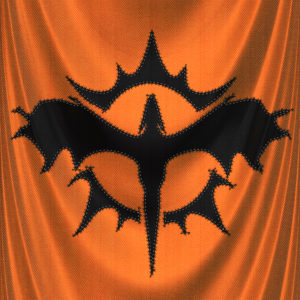 When it really starts to look cool, however, is when it’s stacked in a trio.

Once it shows up there, it looks more like a battle standard.  And when I think about it, seeing that banner on the battlefield would have me terrified.  A kaja army backed by a huge dragon?  No thank you!

Just like with the Cefen’adiel banner, we have a more traditional canvas fabric: 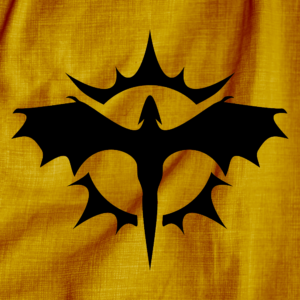 Here it looks like a little more of a sandy yellow.  I actually like that the colors shifted because of the fabric choice somewhat.

But then of course, we come to my favorite of the bunch: 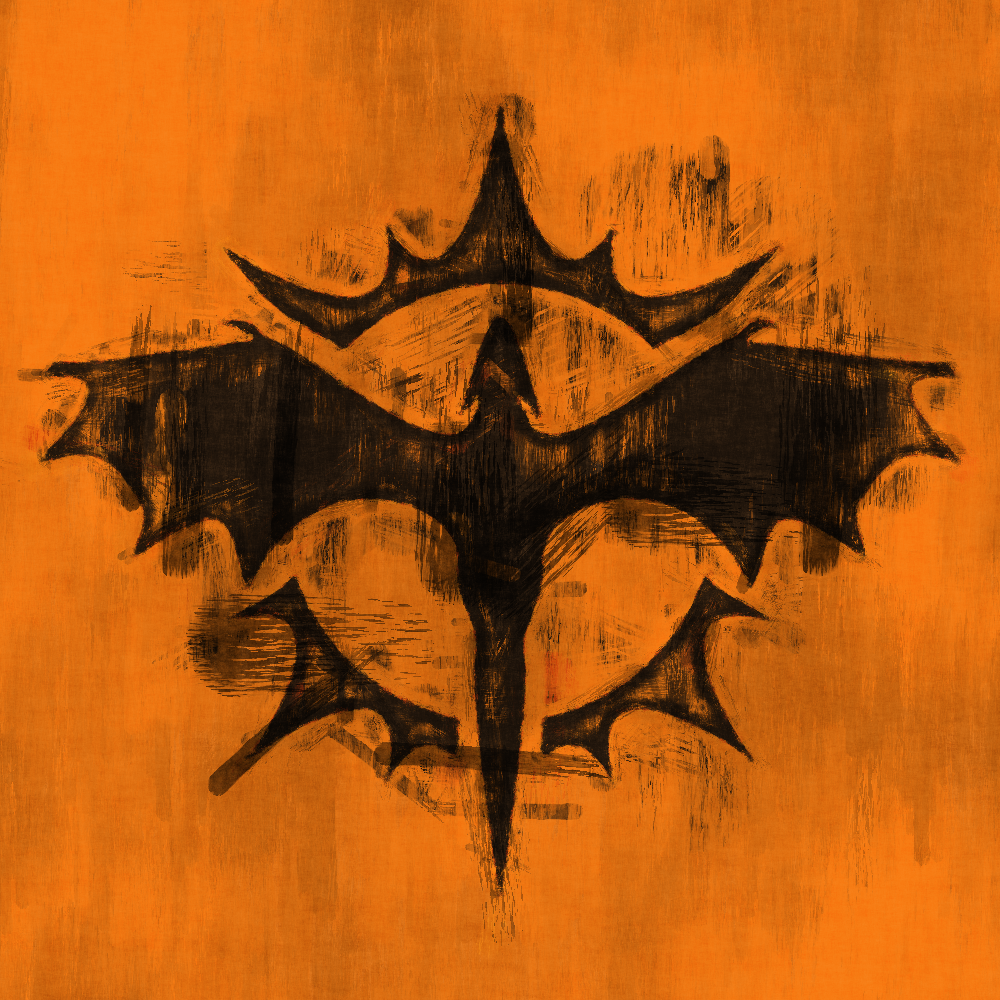 This almost reminds me of something you might see graffiti’d on a wall somewhere in a city close to the Kehara Desert.  What would people who saw that symbol think?  Is it one that shows hope?  Or is it something that inspires fear?

As always, I went and made you a phone background version in case you want to use that. 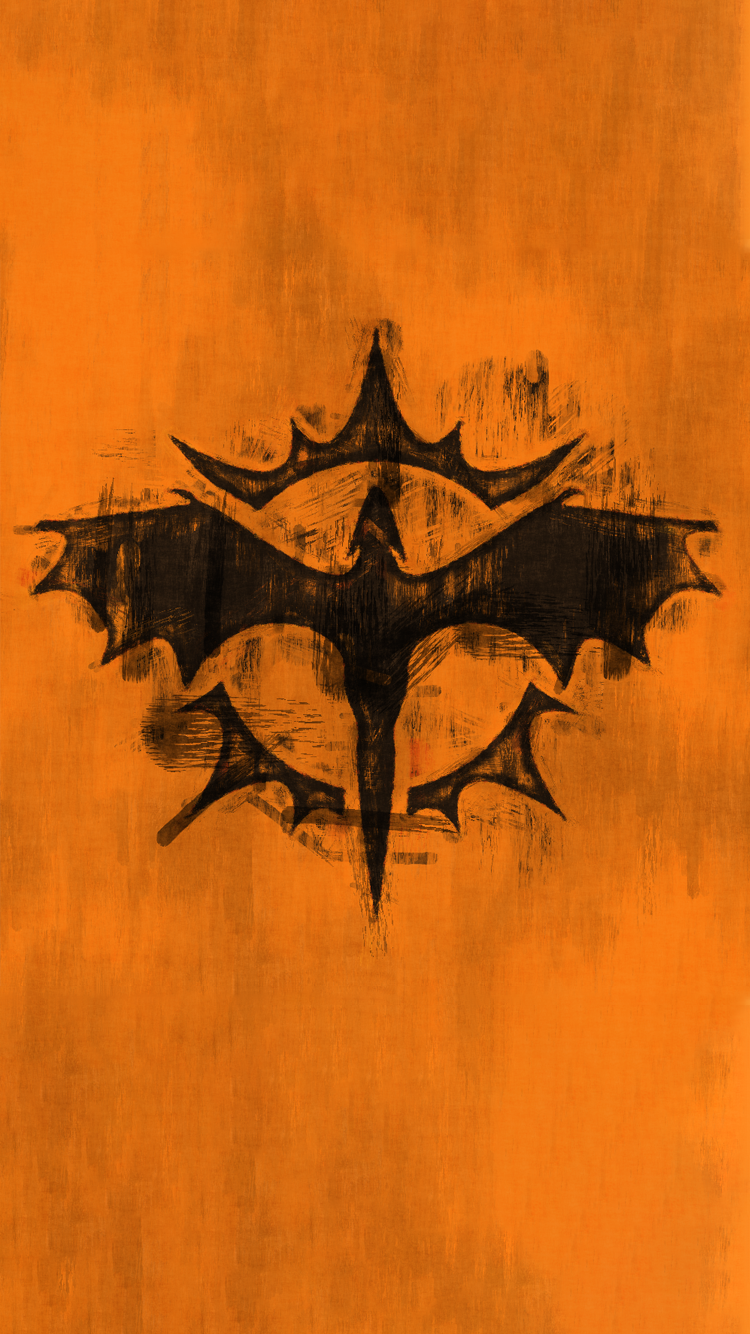 We’re down to three left in this set.  Do you think you have any idea what cities we’re playing with?  You won’t have to wait long, as the next sigil is less than a month away!  Until then, have a fantastic time!