Hello, dungeon divers!  We’re almost done with our look at the various dungeon chambers in Quantum Quest, but we’ve still got more to show off.  Take a seat, and look at the dangers the living dungeon will throw at you:

One of the more attractive cards, for sure, the Lich’s Lair is especially damaging to clerics and mages.  And this particular lich is no joke.  He’s willing to take both casters on at once, just to prove he’s tough! 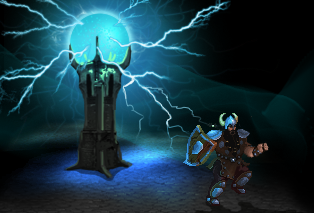 The Lightning Spire is a card that’s changed a lot since its inception. Originally, it was kind of like a proximity shock.  Whenever the player who owned it passed it, he could put a token on it that would shock a passing player.

We’re not quite ready enough to make the game that complicated, so we did something a little different.  Now it either deals two damage or drains two mana.  Still brutal! 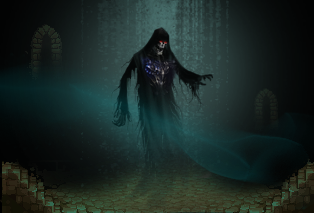 Yet another undead fiend!  This one is a bit of a pushover if you’ve got a warrior in your party.  If you don’t, and you don’t have a cleric who can claim the room, he can deal a decent amount of damage to one of your adventurers, especially if its owned by a player who haunts the chamber! 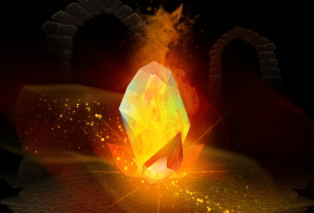 This was a strange journey for us.  We’re actually going to take you backwards… 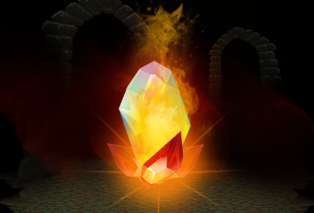 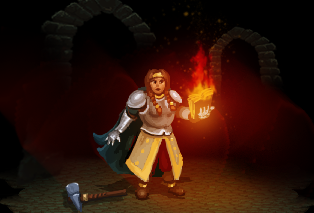 …the very first version of the art that Sergei did for us.  We should have known better than to question him. 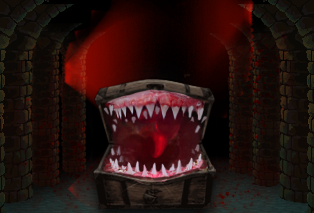 Here’s another truth for you: thieves can’t resist treasure!  We ended up liking the way this looked, but had to concede that it looked a little too out of place, and not enough like a proper sprite. 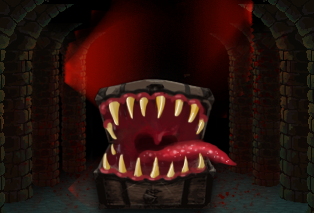 We went with this instead.  Sure, it looks a little cartoony, but it fits the bill that much better, I think! 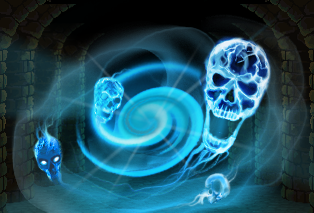 Rounding out this set is a card that’s pretty brutal, but not entirely unforgiving.  This is one of the very rare cards that won’t leave you completely screwed as it damages every one of your adventurers. Though it hits hard, it also allows you to bring a dead hero back to life with a single hp.

That’s it for this set, but we have one final look at our basic cards coming up next month.  Stay tuned!