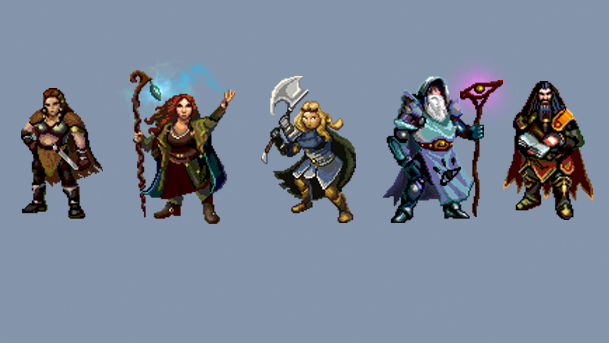 Folks, it’s time.  It’s time to talk about what comes next for Quantum Quest.  We’ve already put a monumental amount of work into the debut tabletop game, but it doesn’t have staying power unless it has an expansion.  And while this “blue box” doesn’t change anything too much mechanically, it brings in more of what we loved from the original game, and leans into all its strongest parts.

Today, we’re introducing new adventurers from the dwarven race.  Let’s see how they stack up compared to our red box dwarves.

The dwarves are one of the more plentifully represented races in this expansion, which led us to be able to give them some pretty cool variety. 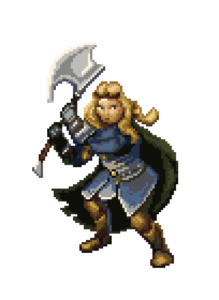 First up is Berna Darkmantle.  She hails from a dwarven clan where the King was able to camouflage himself to look completely black.  Berna, on the other hand, isn’t quite as sneaky.  She likes to be right up in your face, with either a big axe or a huge hammer.  She voluntarily left her clan in a pursuit of justice and discipline, and she gets to exercise both in the Living Dungeon.

Next, we have Durin Nighthand.  His clan leader could put people to sleep with a simple touch, hence the clan name.  Their emblem became an eye, in reference to the weariness you could see on the leader’s victims.  Durin doesn’t have the same ability, but he’s grown good enough at knocking people out with his staff that he’s content.

Etrius Coldwhistle is one of the characters from the books that makes his way into Quantum Quest this time around.  There’s one caveat there: when he turned up in The Bindings of Fate, he was long dead, the unfortunate victim of demonic attack on the Ruins of Kathka.  In Quantum Quest, a version of him from another realm managed to escape that fate, only to end up in the Living Dungeon.  He utilizes a mythril-banded tome as his weapon. 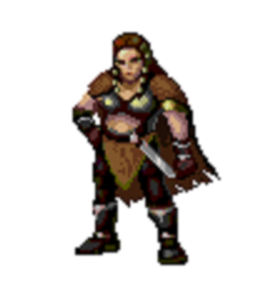 Elmera Lightdasher is our first powered dwarf to have a card.  Elmera was the kind of dwarf clandaughter who really didn’t see herself being too caught up in her clan’s activities.  She was great at skulking in the shadows and loved going on personal adventures.  But when people found out she had a power (the ability to move forward in a burst of speed), a new clan formed around her, declaring her their queen.  This version of Elmera is one that escaped from her own clan in order to continue her pre-queen lifestyle. 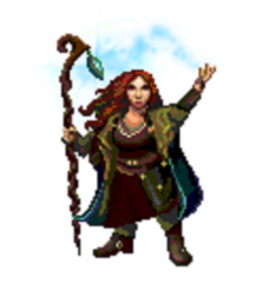 Finally, we have Yara Manaforge.  She’s another powered dwarf who has the ability to tap into the aether and pull mana out of thin air.  She lived in relative seclusion though, and she didn’t have a clan that formed around her.  Despite that, she is very generous to new companions, and she taps into their strengths as well.

Here are these five new dwarves, standing in solidarity.  Those of you who’ve played Quantum Quest know that just because you’re of the same race, that doesn’t mean you’re on the same team.  Still, for now, they’re in solidarity.

Keep an eye out over the next several months while we show you other new characters in the Quantum Quest universe.  We’re still going alphabetically, so next time, you’ll see the elves.  See you then!