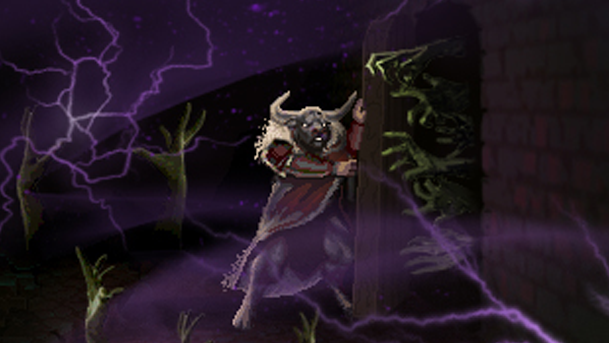 Welcome questers, to our final look at the chambers in our Quantum Quest expansion set!  We’ve shown you three sets already, and some of them have been really awesome.  This time around, we’re showing you some more nasty cards.  Do you think you’ll have the power to survive them when you get your chance?  Scroll down to see if you have what it takes!

With Blinding Cloud, you take a bit of damage, but you also end up stumbling around into another room in the dungeon.  For now, we’re planning on making it a bit of a Mr. Magoo kind of setup where you at least survive that small journey.  We’ll see if that changes! 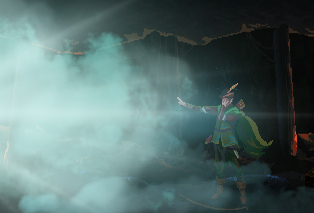 Every now and again, an adventuring party will find a respite in the dungeon.  But just because they’re able to make a nice fire to warm their weary bones at, that doesn’t mean you’re safe from the things that lurk in the shadows.  You might find that though your health is being rejuvenated, your soul is not. 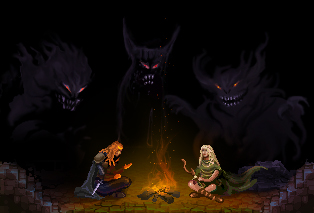 Sometimes knowledge comes with a price.  In this case, you’re given the opportunity to see surrounding chambers, but you take a bit of damage for your efforts.  Of course, those that follow you gain the painful insight without the experience of learning firsthand. 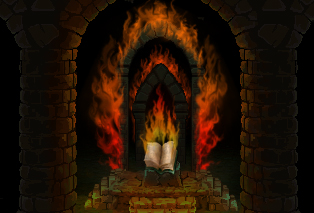 Not much worse than the dungeon’s rats, these hydraflies are a nuisance regardless.  They slow your progress, and a weak adventurer can still perish to this swarm. 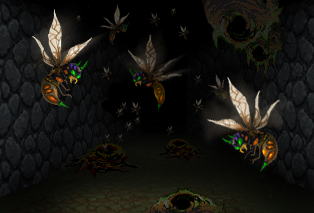 You might be tempted to use spells and abilities as you progress through the dungeon, but it’s almost as if certain chambers are aware of the powers the adventurers have, and are willing to punish them.  Be on your guard in this chamber in particular! 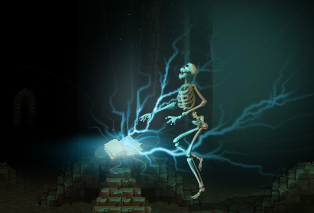 This chamber’s art reminded us of Chain Lightning from the first set, so we asked Sergei to do the flashing outer body effect he did for that one.

It’s never fun to see a friend lose their mind.  In this case, an adventurer could go nuts and chase after their party, doing damage along the way and leading them to new dangers.  This is definitely a chamber you either want to snatch up or avoid entirely! 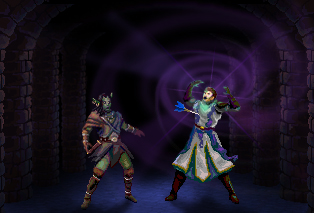 What’re you buying?  Maybe the more apt question to ask is what you’re selling.  The merchant doesn’t partake in charity, so if you’re venturing to his secret alcove in the dungeon, you’re parting with either health or wealth! 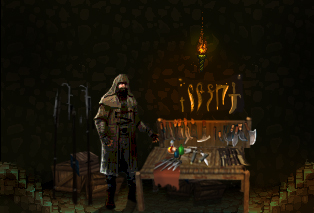 Here we have another chamber that gets meaner the longer you play.  Necromantic Storm punishes you for each of the adventurers you’ve lost along the way, so make sure you protect everyone! 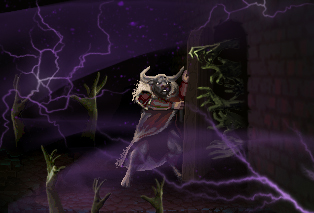 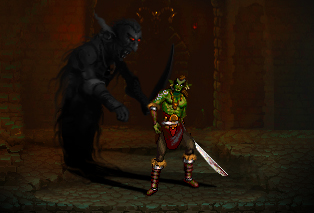 Finally, we have Vicious Bear Trap.  It’s a nasty, middle-of-the-road card that deals a decent amount of damage and slows down your progress. 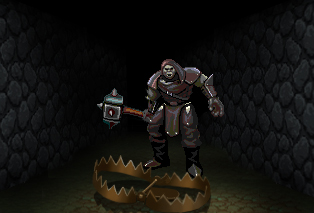 We ended up asking Sergei to make the art a little meaner.  He was happy to oblige! 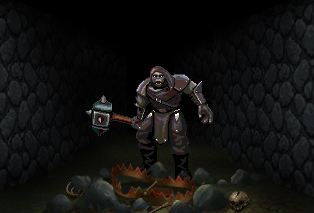 That wraps us up!  We’ve still got one more post to show off regarding this expansion, so keep your eyes peeled in three more weeks.  Thanks for joining us for all these posts!