Hey there!  So, it’s been a little while since we last looked at a cool little bit of sprite art from Serathus, and I thought we could make up for that.  Today, we’re going to look at one David Garus, a larger than life character who is getting a new breath of fresh air in the upcoming Tellest series that brings together all of the hard work that the Tales of Tellest series has been setting in motion. 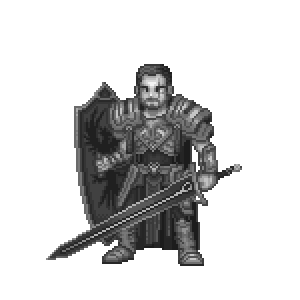 If you’ll recall, where once David was a raging gladiator, he’s now a mighty paladin.  He represents just about all of Atalatha as one of their premiere guards, and even though he’s kind of a star player for the city, he still has some time to hang out with one of his best childhood friends, Luca Kreegan. 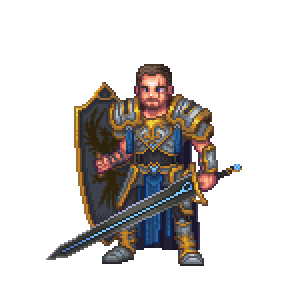 So with that in mind, whatever story we’re going to tell with Luca Kreegan, David is certainly going to be tagging along for it.  There’s one more historically important character that we’re going to show as well, and the three of them tie in rather well. 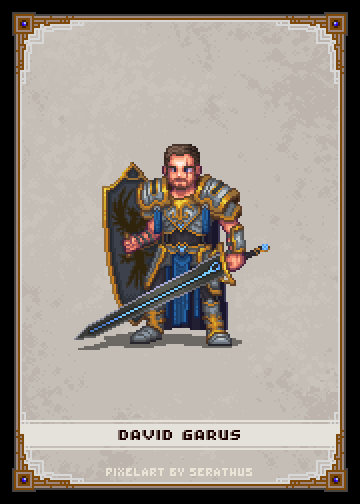 Again, we’ve got the card version of David here as well.  Still not quite sure what they’ll do, but I’m imagining seeing cards you can pick up in the game that spin around when you find them.  I’ll have to work with my collaborators and see if anyone has a good idea!

The next pixel art is right around the corner, so keep your eyes peeled.  Anybody have a guess as to who it will be?