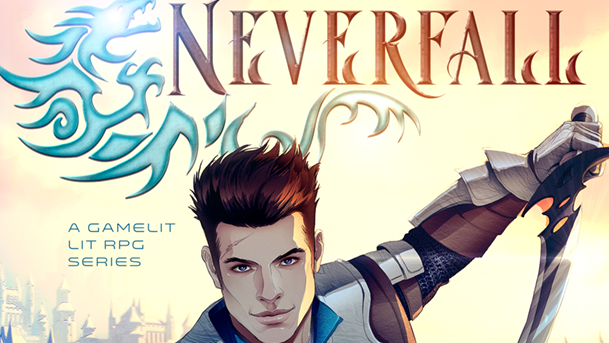 Hey there folks!  We have an interesting book to bring to your attention to you today, and it’s a first for the Otherworld here at Tellest.com.  Neverfall: Mark of the Hero is the first LitRPG book that we’ve ever promoted.  I’m really happy that we’re starting with this one, because author C. Wintertide delivers a fantastic read that really makes you feel like part of the action.  For those that don’t know, a LitRPG is a nice mix of contemporary real-world, and sci-fi or fantasy, all under the guise of a videogame.  You’ll see game mechanics, statistics and tropes abound in these kinds of books, and they’re becoming a quickly growing sub-genre of fantasy novels.

Mark of the Hero is a great introduction to the genre, and to Wintertide’s writing.  It’s fun and airy, but it also packs a punch, and has a deep story to it.  There’s some familiarity to it, certainly—some nods and hat tips that people who have grown up enjoying sci-fi and fantasy will love.  But there’s also deeper lore and important character development.  And it’s all wrapped with a ribbon that requires game logic to unravel properly. 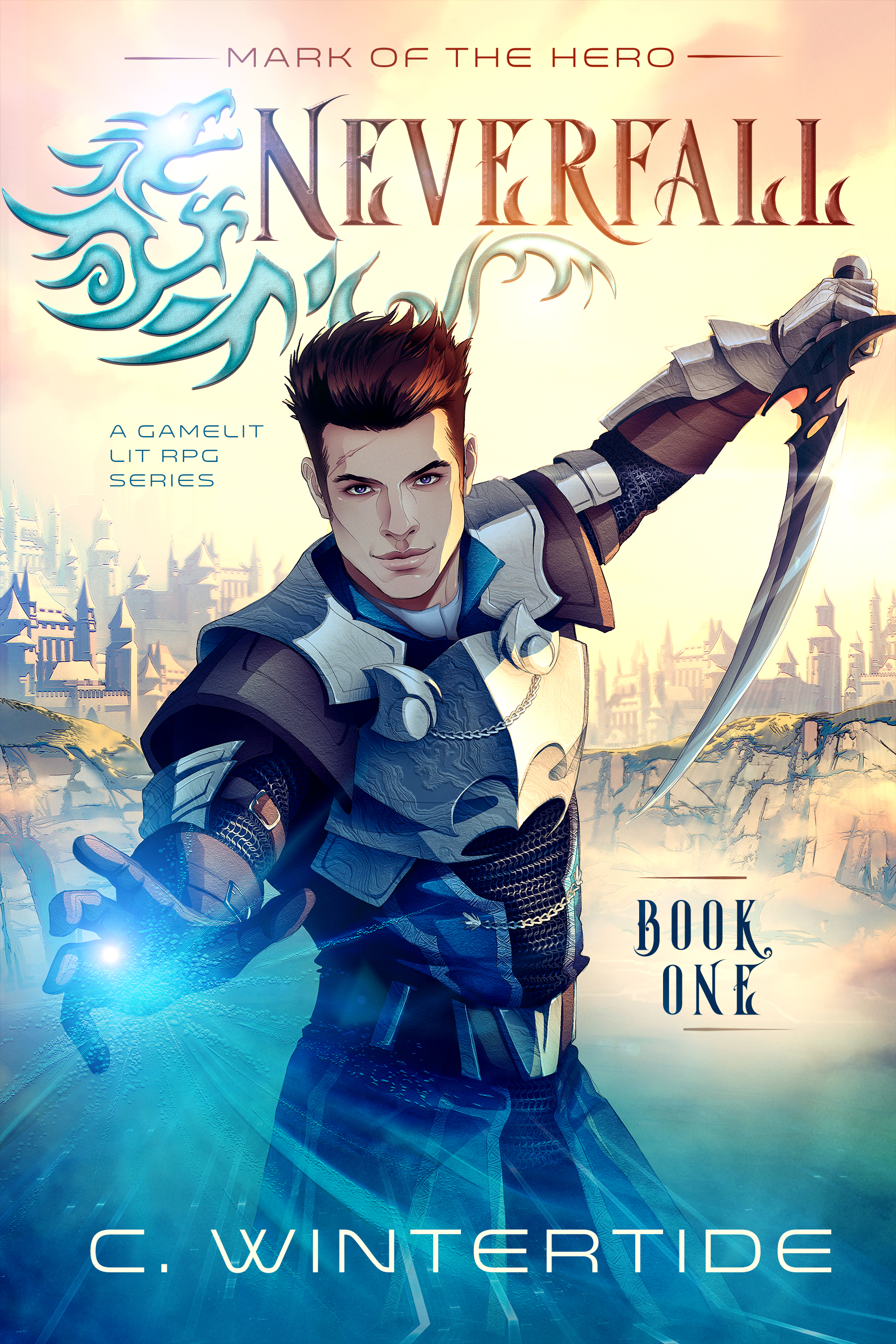 Neverfall is a coming of age light novel series that takes place in a virtual fantasy world. For fans of action & adventure with earnest young heroes finding their way in a place full of magic, enchanted weapons, and quests that lead them into situations unknown.

High school senior Luke Stephens feels his life is over at age 18. Instead of enjoying his last year in school, Luke cares for his ill mother. As her health rapidly declines, defeating dragons, orcs and goblins with his best friends in their favorite video game has to come last, even if wielding magic and a blade with Mack, Cassie and Christopher is the best part of his life.

But then, Dr. Richard Armitage appears at Luke’s door, and tells him that only Luke can rescue the beta players in Neverfall, the world’s first fully immersive virtual reality MMORPG. The beta players not only believe they are their characters, but think that the world of Neverfall is real, so that when they die in the game, they are dying in real life.

The reason that Luke can save them? His father is the creator of Neverfall, and he has left a back door for just Luke to enter the game, while the developers are completely locked out. The one problem? Luke’s father died before he was born, and the creator of Neverfall–reclusive billionaire Xander Mallory–is very much alive. Is the professor wrong, or has Luke’s mother lied to him all his life?

Luke chooses to enter the game with Mack, Cassie and Christopher by his side to put Dr. Armitage’s plan in motion and save everyone. But when mysterious dragon tattoos are magically burned into Luke’s skin, and people start referring to him as “The Dark Lord’s son” and “Dragon Prince”, Luke realizes that the plan has gone awry, and he must come up with another plan quickly or he, and everyone else, will die.

If you’re looking for an entertaining ride in an LitRPG book with some real stakes, Mark of the Hero is up your alley.  The danger is real for Luke and his friends, making this more than just a game.  C. Wintertide did a phenomenal job putting a balance to the different elements of this book, and it’s you’ll be itching for the followup.  You won’t have to wait long, because book two of the Neverfall series is coming out in late January.  For now, dive in and check out Neverfall: Mark of the Hero on Amazon!