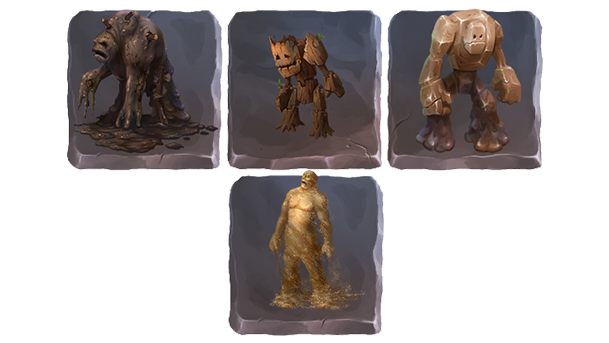 Howdy!  So, at this point it has been months since our last merge chambers that we showed off from Merge Dungeon.  Today we’re showing our current final chamber (the first of two sets, though).  But if we’re lucky, by the time this post goes live, we’ll be talking about what comes next in the game.  Technically we already have two more chambers coming, as we introduced equipment in the latest update in January.  We’ll see.  Anyway… 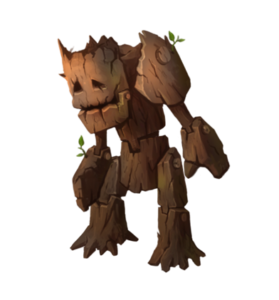 Our first little guy is a wooden golem, the very basic element of golem workmanship.  He’s cute, and almost looks sad, but after a while, he’ll be transformed into a bigger, stronger creation, until he’ll be one of the most powerful units in the Merge Dungeon arena! 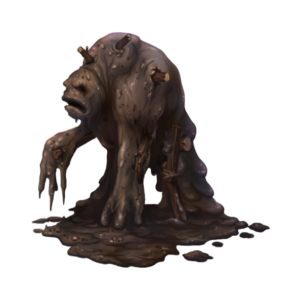 Up next, we have the mud golem.  In here, you can see that there are some sticks and logs in there, so clearly they used the wooden golem as a basis, and upgraded around it.  The mud golem doesn’t have a lot of stability, so he needs another upgrade. 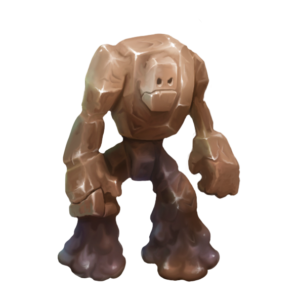 The clay golem is almost there.  He’s got a firm upper body, and a splotchy set of legs, but he’s the first golem that really starts to pack a punch.  He’s tough and can offer up some nice defensive abilities to help your monster army out.

The sand golem would seem a little counterproductive at first, but with a little magic at hand, it can be even stronger than the clay golem.  It can reconstitute itself more easily, and shape itself into anything it needs.  It’s not quite as tough, but it’s still a force to be reckoned with. 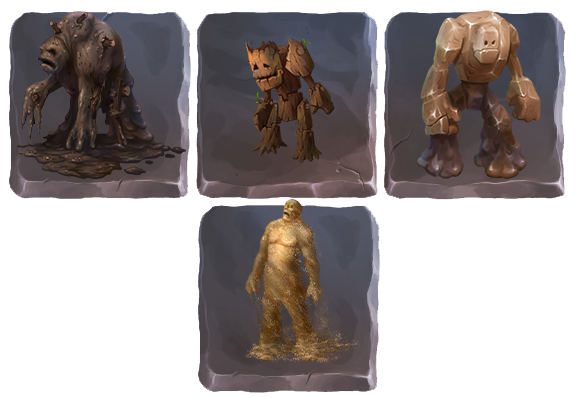 That’ll close up our group of golems today, but we have another sneak peek at three of them coming in just a few weeks.  We’ll start looking at the sturdier of the golems, but even after that, there will be 20 more that you can only see in Merge Dungeon!  See you soon!