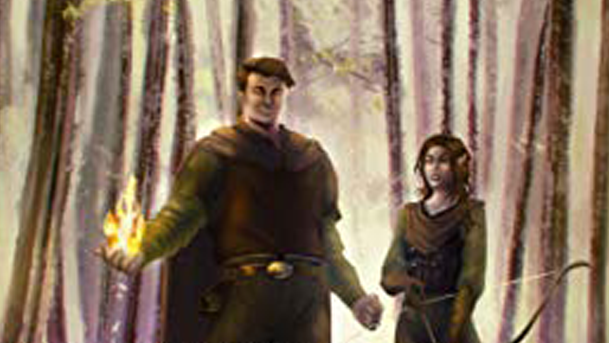 Howdy folks!  It has been just over a year since the last time we visited another world inside the Otherworld.  What I’m talking about, of course, is LitRPGs, that genre that exists that makes you feel like you’re part of a virtual world, watching action unfold from the inside.  And today I’m very happy to possibly be introducing you to one of the more prolific LitRPG authors out there, Andrew Bardsley.  We’re going to be specifically talking about his Resurrection of Adventure (Book 1): Dirty Rotten Magic, which is part of the Return of the Master’s Quests: Resurrection of the Masters LitRPG series (phew, that was a mouthful, even for typing fingers).

It’s worth noting almost immediately that Bardsley is a master of the genre, and he knows how to bend its rules and concepts to make things really enjoyable.  Chrix, his main character, takes advantage of the real magic system by introducing something the game characters have never seen before in stage magic and sleight of hand, to great effect.  With a nice mix of humor, action and intrigue, fans of the genre are sure to rip through this book in no time—which makes it convenient that its sequels have already been released. 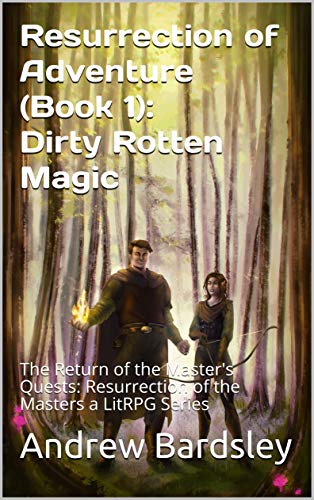 He was killed on earth in a deadly street fight. Just because he was trying to survive on the streets by running a con. Chrix finds himself in a world full of action and adventure. To his excitement, he finds that this world is full of magic and monsters. But he has to start out with no combat or magical skills. So this would be conman has to fake it too survives. This leads him into a dangerous situation that nobody would normal survive.

The following is an extract from the book:

She shouted, “You’re a dirty rotten cheat! You’ve been playing us all along.”

As she shouted, the rest of the group backed off. They had clearly been expecting an explosion from the woman. I just sat in my chair with a calm smile on my face, looking her directly in the eye. She had one of her daggers in her hand and threw it directly in between my eyes.

Just as her dagger was about to penetrate my temple, the shield I had been preparing all day flashed into existence with a blue wave of energy.

The dagger froze in place as the man from the guild muttered, “Magician,” with some fear.

I was still looking into her eyes as I had not flinched or blinked, but was still smiling as if nothing had happened.

The dagger dropped to the floor with a clang and I said, “Fire magician, actually.”

One of the man’s pipes had fallen to the ground during the ruckus so I picked it up and relit it with a small flame. Passing it to the trembling man, I said in a dangerous tone, “I insist that we continue.”

This had been my real gamble. After being burned by a fire magician and left for dead, I guessed that nobody wanted to suffer that fate. I’d been charging my magical shield all afternoon and hoping that it would be enough for one blow. Luckily, it was. If she had thrown a second time, I would have been dead – or whatever it is that happens to me in this world.

As stated before, Bardsley is a prolific storyteller.  He’s been publishing content since December of last year, and he’s already delivered nearly twenty books since then.  The Return of the Master’s Quests: Resurrection of the Masters LitRPG series is three books deep by now, and Bardsley has more content coming out all the time.  If you want to, you can check out his author website here.  But don’t forget to check out Resurrection of Adventure (Book1): Dirty Rotten Magic on Amazon today!