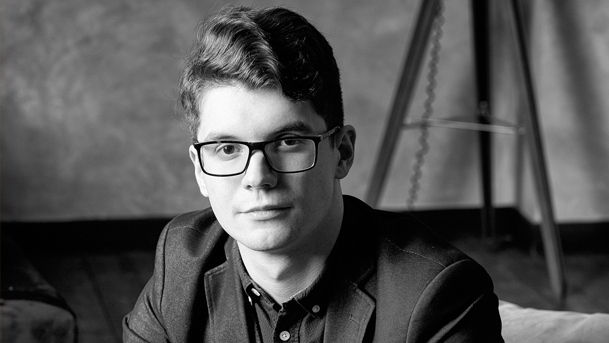 I had the privilege of interviewing Kirill Klevanski, the writer of The Dragon Heart Saga.  A Russian storyteller, Klevanski has already completed sixteen books in his native tongue, and people on this side of the pond are clamoring for the translations.  Read on to see what makes this very talented author tick.

Tellest: Hello Kirill.  Thank you for giving up some of your time.  You’re obviously a very busy man, developing this huge saga.  That’s probably a good place to start.  Did you know how busy you were going to be when you came up with the idea of the first book in the Dragon Heart saga?

Kirill Klevanski: Hello. As it seems now, I never could have guessed even a tiny bit as to how it would be after a year, let alone three years of developing the Dragon Heart Saga. When I started, I wrote a few chapters a week, and had at most 100 readers. Now this whole journey has gone beyond my wildest imagination.

T: How much of your life is consumed with these books?  Do you have anything else that you do on the side, or it pretty much waking up and writing?

KK: It’s pretty much like an 8-hour job. I wake up, bring up some food and I’m writing until 17:00. Sometimes longer.

T: LitRPG is becoming a huge subgenre of fantasy.  You went a step further and mixed it with a subgenre of Wuxia.  Did you think that such a blend would work in your favor as well as this has?

KK: I did it on purpose, but with a different reasoning. When I had started with the Dragon Saga, in my country—Russia—the wuxia genre was so low key, that only a few geeks knew about it.  So, it was more like a marketing step.

T: How do you feel it worked out?  You’ve got a lot of books out, so it must have been a good mix!

KK: I’ve got my mother on retirement, bought decent cars for myself and my brother, and I find myself not worrying about how I will make ends meet when it comes to my bills. So, on some level, it’s definitely worked out! 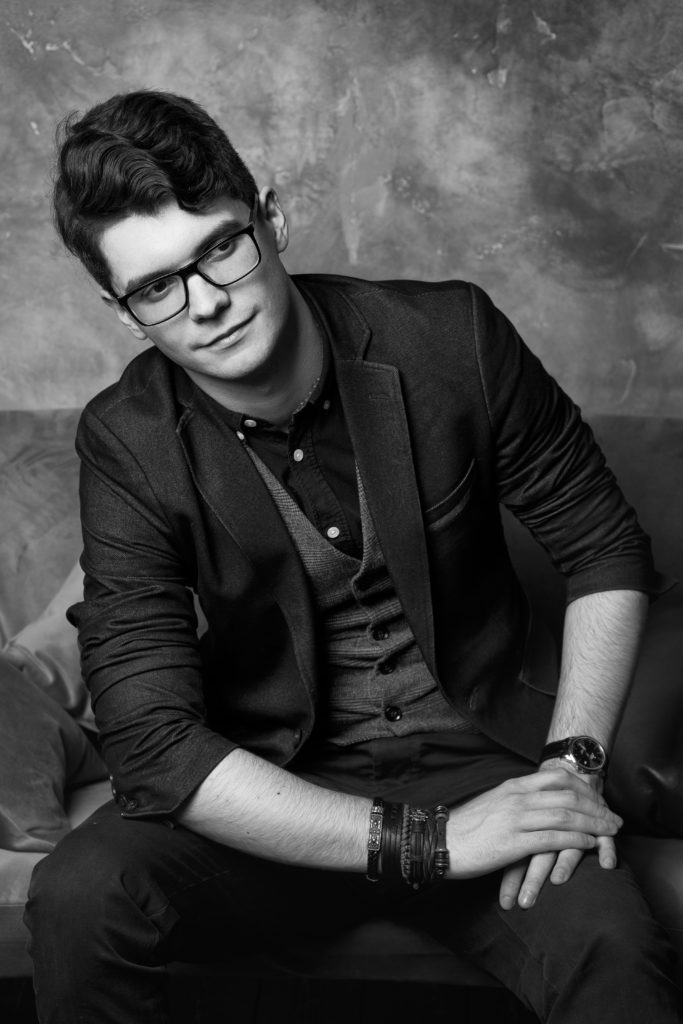 T: You have five books in the series out so far, with the sixth on the way in August.  It’s over 2000 pages.  You’ve spent a considerable amount of time with these books.  You’re almost to the halfway point, as you say the series is going to contain twelve books.  How worn out are you?  That’s a huge accomplishment!

KK: It’s a translated series. In Russian, I already managed to finish the 16th book. As for how worn I’m out… it’s something that I’m trying not to think of!

T: I knew you’d written a lot!  A while ago, you had mentioned that it was supposed to be twenty books—has it gone beyond that now?  You’re talking about making a series here of beyond epic proportions!

KK: Nope, the plan is still in check. Now I’m on my 17th book of the series. 3 more after that and the Dragon Heart Saga will end.

T: The Dragon Heart books are not the only ones you’ve written.  You’ve also worked for publishing agencies and written books for them.  It’s got to be a world of a difference.  Do you prefer working on your own material with all the freedoms it brings?  Or can it be kind of nerve-wracking not having the structure that a publisher imposes on you?

KK: The Dragon Heart Saga doesn’t have any publishers. It’s through and through self-publishing. As it in Russia, as it on the Amazon. I do have a literary agent though: Valeria. She helps me with the translation, manages the whole team of translators, editors, artists, etc. But, still, I’m as free as one can be.

T: Did you ever think you’d have globally appreciated work?  What was the first time you thought to yourself that you had made it bigger than you expected?

KK: When some foreign readers reached to me on FaceBook, that was awesome. You must understand that here in Russia, only a handful of professional writers can say that they have foreign readers. And suddenly I found myself in that same spot. That was mind blowing all the way through. 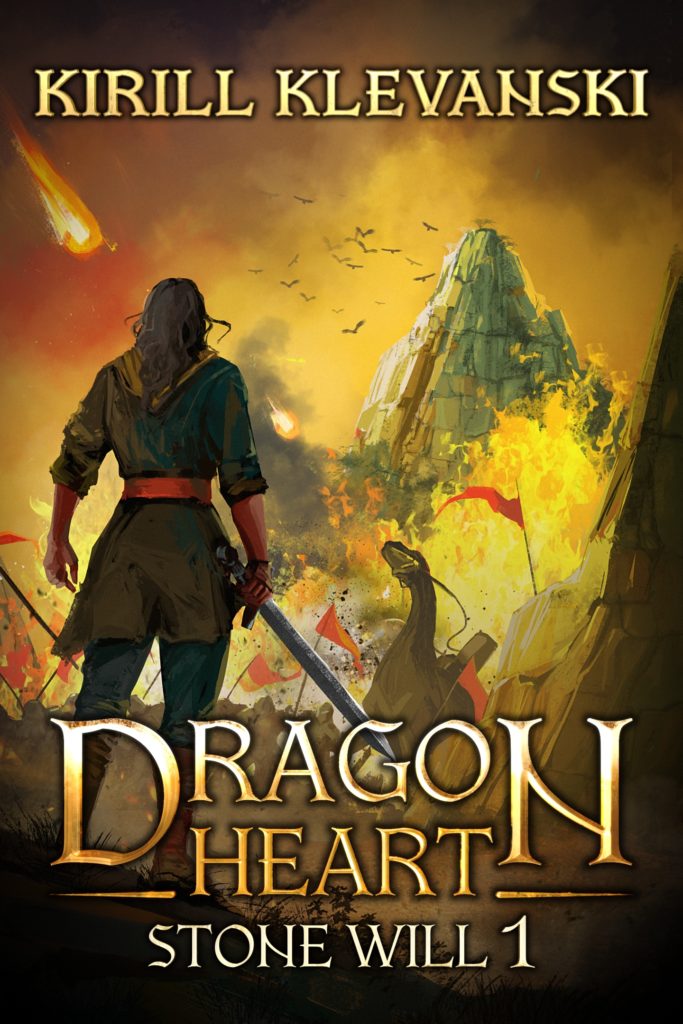 T: You’ve written a well-received fan fiction of Harry Potter.  Do you ever think to yourself about doing something like that again?

KK: Maybe when I’m able to write whatever I like and not need to worry about what pays my bills!

T: You mention in your author profile that the Dragon Heart series has its own fan club.  What’s one of the best things you’ve heard or received from one of your fans?

KK: They help with reminding me about something that I’ve missed or forgot in the plot. They know my story better than I do at this point.

T: Well with as much as you have going on, I can see needing their help at time!  Do they ever ask to see more about any other characters beyond Hadjar?  With LitRPG, I’m sure it’s a little different here and there, but surely people have their favorites.

KK: Sometimes we do have nice discussions and they bring me very nice ideas about plot and things like that. Sometimes I use them, sometimes I don’t. It’s a work process just like any other.

T: You also worked, for a time, at least, as a history teacher.  Is that something you’re still doing, or has your fiction consumed all your time?

KK: It was one of the hardest decisions for me, but I’ve left school to spend full-time on writing. I worked at a High School, and it was fun, free and, probably, one of the best times in my life. But, you know, sometimes you need to sacrifice the things that you treasure.

T: At one point, you were banned from literary events by the top publishing houses.  How did that affect you, and how did you manage to bounce back from that?

KK: If not for the bit of success of the Dragon Saga on Amazon, it would still be the same. At the beginning that ban almost crushed me, but then in Russia, the self-publishing sites with paying system started to emerge.  Before then, it had always been free to read and download.  I’ve found myself in a much better situation since then. While my colleagues struggled with the publishing system, I’ve written as much as I can, and I earn my bread and beer how I like it. So, I like to think all that happens, happens only for good.

T: Thank you so much for taking the time to talk to us.  I know you’re busy, so it means a lot!  Best of luck on wrapping up your series, and on bringing them to other languages!