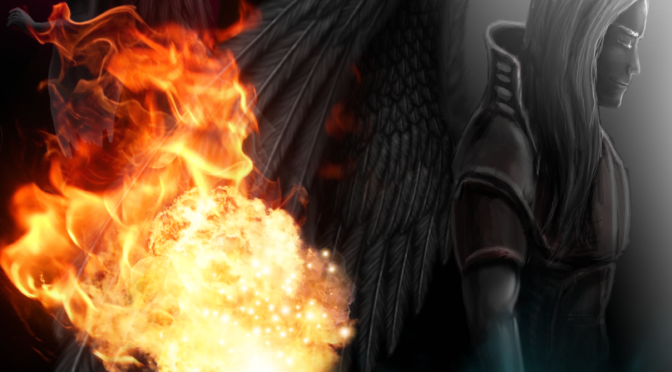 It has been five months since we’ve had the opportunity to interview a storyteller from the Otherworld, but today, it’s an awesome privilege.  A few weeks back, we ran a promo for B.J. Leonard and her book, The Defiled and the Second Son.  Today, we get to learn a little more about what makes her tick.

Check out our interview below.

Tellest: First of all, I’d like to congratulate you on writing a book.  It’s a feat that not many people accomplish, let alone aspire to.  How did you prepare yourself to develop such a huge book for your debut novel?

B.J. Leonard: Thank you! To be honest this was quite fun to write. I’ve been working for years on my real baby, which is a high fantasy trilogy with multiple story lines. This was a nice break from thinking so hard!

T: So… what you mean to tell us is that there’s an even bigger saga out there waiting to reach virtual shelves?  I’m sure your fans are ecstatic for those to release.

BJL: Yes! This is definitely a greater undertaking. I am working with an incredible writing coach, David Hazard, for this reason. Those that have read parts of it can’t wait to read more!

T: Do you have any previews up for it, or any plans on releasing some anytime soon?

BJL: I don’t at this stage. I can share the opening paragraph though!

“Of course the wasteland daughter knew who she was: she was nobody. It was the type of fact one never forgot. Life had split her open neck to navel, removed every substantial part of her, and crushed her in its whimsical fist. The truth of the matter was etched into the marrow of her bones, surgically, indefinitely.”

T: What authors do you tend to find yourself reading the most, and did you use any of their works to get you started in this massive endeavor?

BJL: The number one author to inspire me in works of fantasy would be Jacqueline Carey. I read all three of her Kushiel’s Legacy Trilogies created in the sensual world of Terre d’Ange. I loved the characters, political intrigue, romance, and tension.

T: What served as your inspiration for The Defiled and the Second Son?

BJL: I’ve always been fascinated with the idea of another planet being in a state of disrepair and what otherworldly creatures might do to remedy the situation. I’ve seen comedic movies where alien men come to earth needing women to repopulate. I wanted to take the same idea but try and execute it in a way that was less trivial, much more involved, and still tasteful. I also wanted the added element of two sides. I hoped the reader might feel the villain’s torment or empathize with his motives. 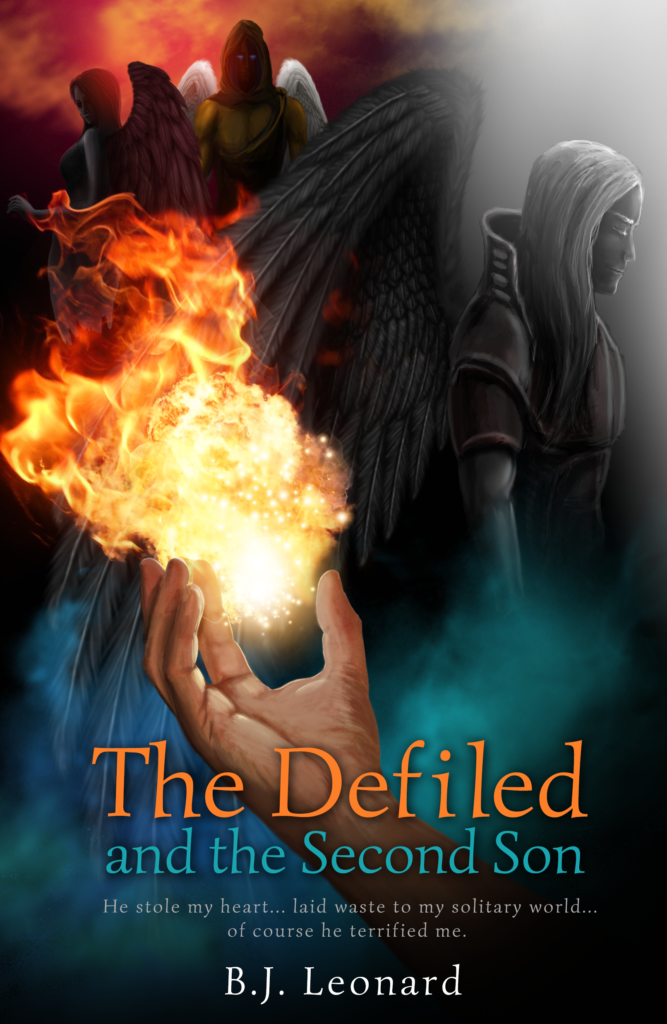 T: It’s a difficult thing to write compelling villains who aren’t one dimensional.  Even when you try to paint them in a shade of grey, you can get stuck on them.  But you managed to do a very good job with Raptor.  Was it strange to put yourself in a position where you could almost understand why he took the actions he did?

BJL: Absolutely not. I think we all want control of our destiny. I think we’ve all been frustrated when an outside force restricts us. Raptor was an immortal god with all these intense emotions but he was still limited. I enjoy taking a relatable situation and then amplifying it. That’s the beauty of working in the fantasy genre!

T: If you had to choose between Elan’s suitors, who would you pick and why?

BJL: I would definitely pick River and not be nearly as stubborn! I don’t think I’d have Elan’s fortitude if someone that delicious came strolling through my door.

T: Will anything get in the way of that romance in the second book?

BJL: No the focus of the second book will be on Wren and her journey. However the ultimate plan is to return to Avirium and face the obstacles there. The Defiled will win at least one future battle on earth, which will complicate the end results.

T: It’s obvious that the writing bug bit you hard.  Can we expect to see more work from you soon?

BJL: The sequel is completely story boarded out since I’ve had great feedback (and a little bit of heat) to continue the story of The Defiled. My attention is split, however, as I continue to work on my trilogy and getting the first installment debut ready.

T: Is there any clue you can give us toward what the sequel to Defiled will be about?

BJL: The sequel will definitely involve Coal, the son of ice, and his battle with The Defiled on earth. I’m excited to introduce the new main character, Wren, because she’s so different from our previous protagonist, Elan. She has a much darker backstory with a tragic past that motivates her to aid the most degenerate and delinquent people of society. The story starts with the murder of an important character so there will be a lot of tension right from the start. Coal will definitely have his work cut out for him!

T: In introducing Wren, we don’t lose out on Elan, do we?

BJL: Elan is not in the second book but you will see her again! 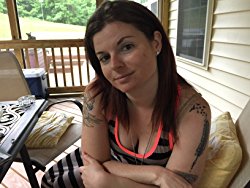 T: Are you able to tell us when we might expect the first story in your trilogy and what it’s called?

BJL: The Way of the South. I hope to release the first installment by the summer of 2017.

T: Does your trilogy exist in the same world as The Defiled?

BJL: No, my trilogy takes place in a world called Ivere. The story is told from the perspective of four female individuals fighting oppression of women in the South. A war is brewing between the North and South and a mysterious woman surfaces with the power to tip the scales. As the main character, she believes she is worthless and will fight for everyone but herself. All the women must battle inner demons along the way including a Northern spy and a rebel warrior that form an unlikely alliance.

T: Do you have any interest in writing in any other genres, or is fantasy your preferred one for now?

BJL: I may publish a memoir down the road. I also have a blog I post on from time to time Bonnie.info I cover topics that matter most to me, anything from battling anxiety to advocating for LGBT.

Thank you so much, Bonnie for taking the time to speak with us. Best of luck with the Defiled series, and on The Way of the South and the rest of your trilogy!

Remember folks, you can pick up The Defiled and the Second Son on Amazon today!