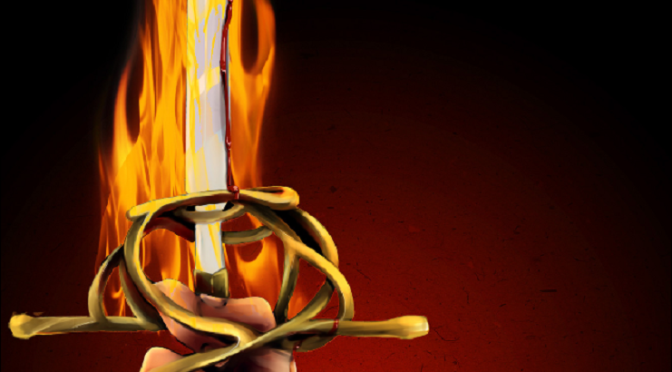 Phew… we’ve had a busy week here at Tellest, and from all the great scribes from the Otherworld.  What better way to wrap it up than with a fantastic seafaring epic?

I’m especially interested in this subgenre lately because a lot of where we’re going for our next few Tellest features are to the seas south of Draconis.  I get a lot of awesome inspiration from pirate tales, and stories of sea monsters.  It’s just a swashbuckling good time.

Rex Sumner is a bit of an interesting writer.  He’s prolific, for one, but he’s led such an thrilling life that its hard not to want to chronicle some things.  And when you spend your time spinning yarns to your children, you’re well on your way to becoming a fantasy storyteller.

In Search of Spice is the first novel (of epic proportions, I might add) in Sumner’s Harrhein series.  In it, we follow the adventures of the crew of The Queen Rose.  It’s an ensemble piece that flows deftly from page to page, and catches your interest from the very first turn. 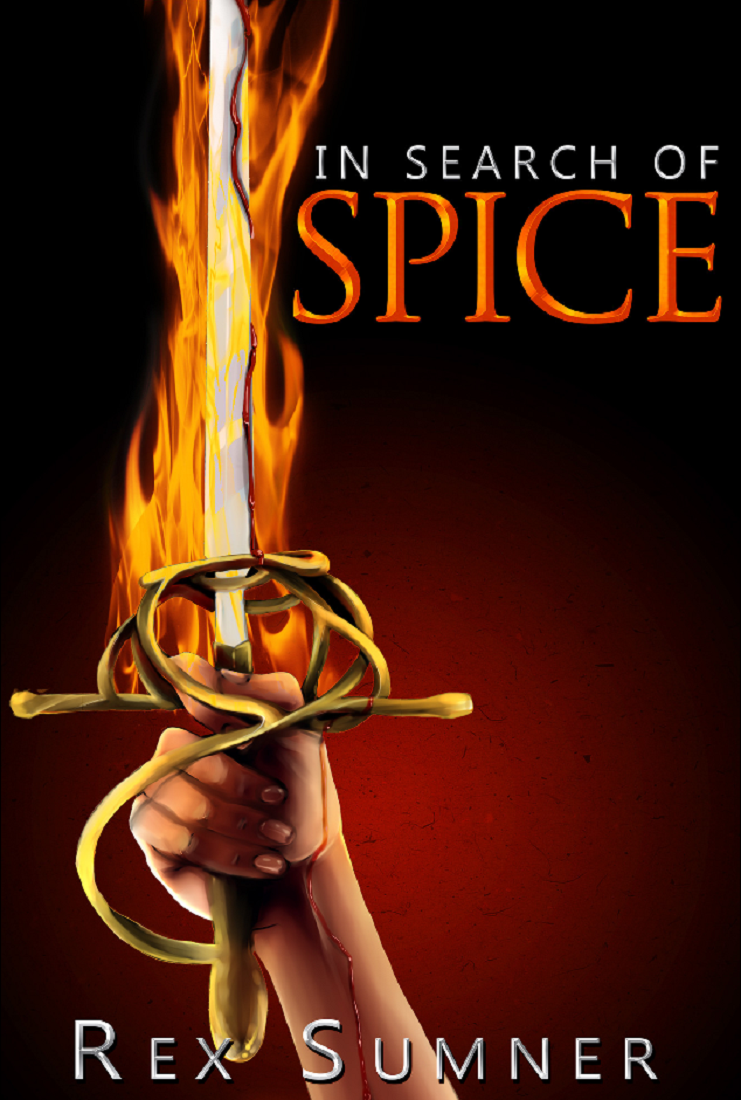 In Search of Spice is an epic historical fantasy romance, set in a world similar to 12th century Europe. The Queen Rose is the first deep sea ship built in Harrhein, a country cut off from the rest of the world by snow and ice to the north and pirates to the east. In every other direction is endless ocean.

Captain Larroche is the veteran master of the carrack, charged with finding a new trade route. He wants to find the fabled land of Hind and proposes to sail over the edge of the world. No wonder he has trouble finding crew.

The young people he assembles, strengthened by a squad of frontier veteran Royal Pathfinders, are more than a match for known enemies.

How will they handle people of another colour, with strange habits, peculiar food, treacherous officials, different languages and customs that defy belief?

What will happen to Harrhein during their absence?

Sumner has been working his tail off for some time, and you can tell that In Search of Spice is the fruit of his labor.  If you’re interested in a good swashbuckling tale, you could do a lot worse than this gem. Check it out on its launch page, or hurry to purchase it from Amazon.