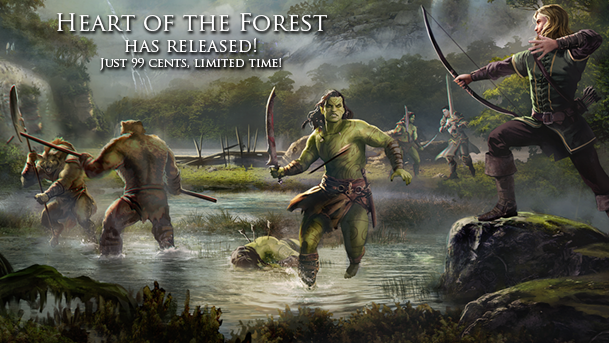 Hey there Tellest fans! I am so happy to announce that Heart of the Forest, the sixteenth book in the Tellest universe, has released, and it’s off to a great start!

With a couple of great reviews, and more sales for the launch weekend than any of the books I’ve written since As Darkness Falls, this book is what I would consider a pretty big success!

Kelvin has left his country behind. His mentor, the elf Icarus Callatuil, has prepared him for a journey to Draconis, where old allies will be able to better train him for the hardships he is sure to endure in his life. But when he arrives on those distant shores, he discovers that the elves of Cefen’adiel may need him as much as he needs them.

A darkness arises in the forest in southern Daltain, and Tarenda, queen of the elves, decides that a stranger to the lands such as Kelvin can better serve their purposes as an investigator.

What will Kelvin do when he must trade his training exercises for real dangers?

We’re also running a contest for a Kindle Paperwhite because of how good the book is doing out of the gate. You can find the details for the contest in the book itself—just check out the end of the Table of Contents (though there are also rules on the Tellest Facebook).

For now though, head over and pick up my newest book. Check out Heart of the Forest on Amazon today!