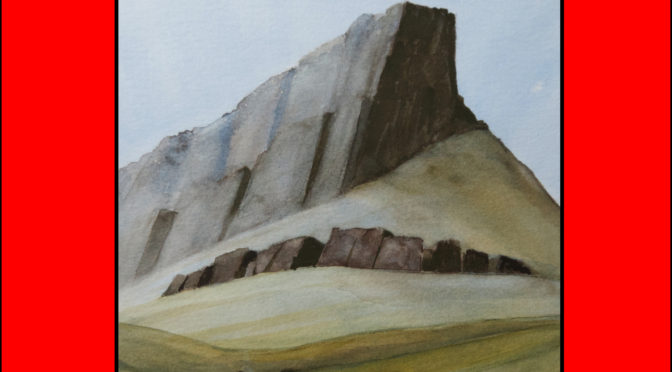 Hello there folks, and welcome to another edition of Live from the Otherworld.  I’m your host, Michael DeAngelo, and you’re in for a treat today.

Alright, we’ll set the smarmy TV personality set aside, but it’s true, I do have something awesome to show off today.  We haven’t had the opportunity to work with today’s guest storyteller before, but I’m glad for the opportunity now.  Freya Pickard has a way with words and telling tales that feels very familiar—she puts you in her worlds with ease, and today’s book is a very good example of that.

Vintrig’s Throne is the second book in Pickard’s Isu Magan series.  Though there’s a preceding book, you won’t feel like you’re missing anything if you pick this book up first.  It’ll give you insight to Isu, of course, but this book is strong on its own merits.  It’s poetic and beautiful, and Pickard has an interesting and poetic way of leading you through its pages.

Isu Magan, heir to Vintrig’s Throne, has fallen in love with Sama Conn, a travelling musician. Fearing to lose her promised inheritance, Isu is unwilling to show her true feelings for the man she loves. Terrified of her Counsellor Jya, Isu is forced to meet with Sama in secret.

Minah, Isu’s servant, is happy to aid the princess in her secret dancing lessons with Sama, for Minah is in love with Trom, the drummer. For the first time in her life, Minah tells someone what really happened the night her father died.

Helmgar, Isu’s steward, nurses a secret joy in his heart; he believes that Sama is the promised Summer King who will end Jya’s seemingly eternal winter rule.

Sprakleas, meanwhile, continues to work for Sama whilst in disguise as a kitchen hand.

When Isu takes the crown that is hers by right, it seems that everything will change for the better.

But Jya, always working in the shadows, has many plans and as the net draws around Isu and Sama, a violent blizzard once again holds Vintrig’s Kingdom its cruel grip. Isu finds herself on trial for her life and only one thing can rescue her; the Law of Substitution.

Will true love triumph over hatred and fear? Will the reign of winter end? Or will darkness spread its victorious wings over Vintrig’s Castle?

Vintrig’s Throne concludes the story that began in Vintrig’s Kingdom.

There’s certainly a lot that happens in this tale, but Pickard weaves it all together deftly.  Once more, you don’t need to start with Vintrig’s Kingdom, but it would certainly give you insight into the characters and their motivations.  I expect a lot of great things in Pickard’s future—she’s definitely a storyteller to keep your eye on.

There are a few places you could head to in order to get more information on Freya Pickard, including her Facebook, her Twitter, and her blog site.  And of course, don’t forget to check out Vintrig’s Throne on Amazon today!