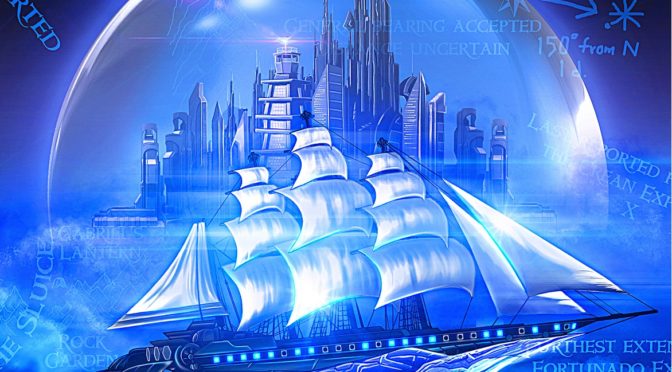 We are on a roll here at Tellest, making frequent stops in the Otherworld, and coming away with jackpot after jackpot.  Starting off this work week, we’re hitting the ground running with an awesome book that’s on the horizon that transcends genres.  Fitting under a lot of different umbrellas, including dystopian and even sci-fi, I’d feel most comfortable calling it a seafaring fantasy.  I mean look at this… it even has navigational charts!

There’s a pretty cool twist here though, and it’s a big one!  Kerry Forrestal and John Fracchia present The Myst Clipper Shicaine, their first book that covers the Cataclysm of T’Amorach.  This tale promises insane world-building, wonderful mystery and some very well thought-out ideas.  If you’re a fan of Dune, I can only imagine that Cataclysm is going to blow your mind and earn these two authors new fans. 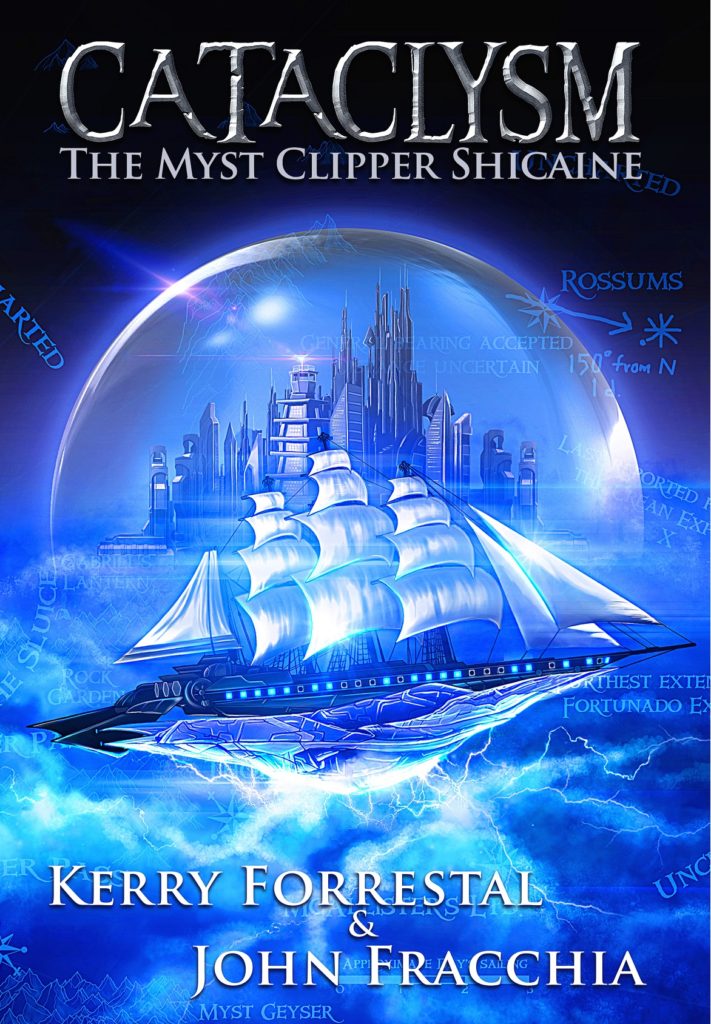 T’Amorach was a thriving world until the “Cataclysm,” rendered it almost uninhabitable. Centuries later it finds itself on the eve of a war it can ill afford. The surviving cultures maintain a fragile peace, protected within large domed “zones,” separated by badlands.

It is upon the caustic low-lying mysts of T’Amorach’s badlands that the great myst-clipper ships sail. Most engage in trade or travel, but one legendary ship, The Shicaine, once worked to bring sentient machines to freedom in Rossums’ Zone. Then her crew were betrayed and scattered.

Now, five years later, they’re starting to turn up dead. Shicaine captain Nathaniel Gedrick races to save his crew and avert all out war between the zones before a new cataclysm arises.

The Myst Clipper Shicaine is currently available for preorder in an awful lot of places, including Amazon, iBooks, Barnes and Noble, Kobo and Scribd. It’s coming out on May 4th, so we’re really close to its release. If you’re looking forward to this book, Forrestal and Fracchia have published a sample chapter in epub format that you can download here.