Welcome fantasy fans.  This month has been a fantastic one for us and for our allies across the board.  We’ve already seen new work and awards for L.E.Parr and Jon Franklyn.  Today we’ve got another big friend of ours who keeps on knocking it out of the park.  Eric K. Barnum is now an award-winning novelist, and he’s been crushing it lately.  He’s probably the writer we know with the best pace, so if you’re interested in diving into a fantasy series that just keeps growing, there’s really no one better to follow.

In Barnum’s latest work, The Temple of the Golden Serpent, he ventures into a new part of the Forsaken Isles.  A new continent takes center stage, and you get to follow along with a battle priest named Jerranic as he deals with various faiths in the world.  Barnum is known for subverting expectations and stepping around common tropes, and if that’s the kind of fantasy you’re interesting in reading, he certainly does not disappoint.  He also continues along with his generous world-building, using this story to develop the Forsaken Isles further while still delivering a complete package that revolves around new thrills and drama. 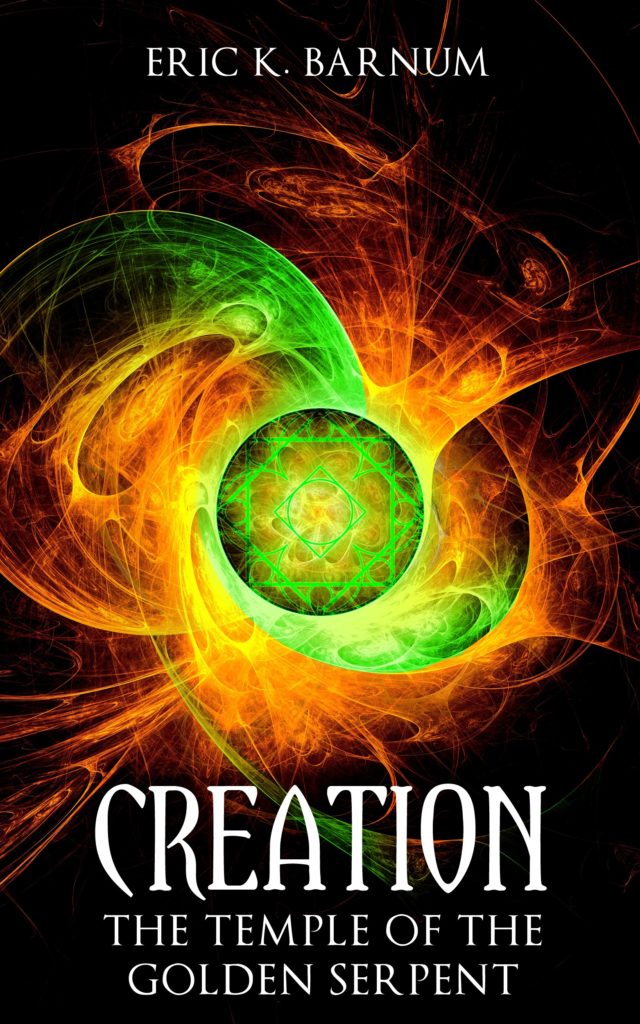 Join the Forsaken Isles at www.forsakenisles.com and use the Contact form to join Eric’s newsletter for news, exclusive free offers, and awesome fantasy art.

There has never been a better time to become an Eric K. Barnum fan.  With five full books out, as well as two novellas, and more on the way all the time, this author truly takes care of his world, and his readers.  The Temple of the Golden Serpent is striking and eye-opening, delivering the same great content we’ve come to expect from Barnum, while surprising you along those twists and turns he takes you down.  You’ll love this book for how rich and deep its content is, and it’ll have you yearning for more before it’s done.  Pick up The Temple of the Golden Serpent on Amazon today!