I have a lot of respect for people who can work in the same world seamlessly.  It’s not always easy, and you see a lot of people who seem to struggle with it.  Here at Tellest, we’re lucky enough to have a synergy that’s just about unmatched, but every now and again, you’ll run into people who do it better and make you look like such an amateur.

Enter Jeremy Hicks and Barry Hayes.  They managed to create not just a written work, but a living, breathing fantasy world: Faltyr.  Not content to let that world go on uninhabited, the two chaps developed a screenplay and a book to introduce it.  Finders Keepers is the first book in the Cycle of Ages Saga, and it is a doozy of an entry point.

The team of Hicks and Hayes does a great job making their cast of characters likable right from the start.  As the story continues to unfold, it really begins to express this wonderful world that the authors have created. 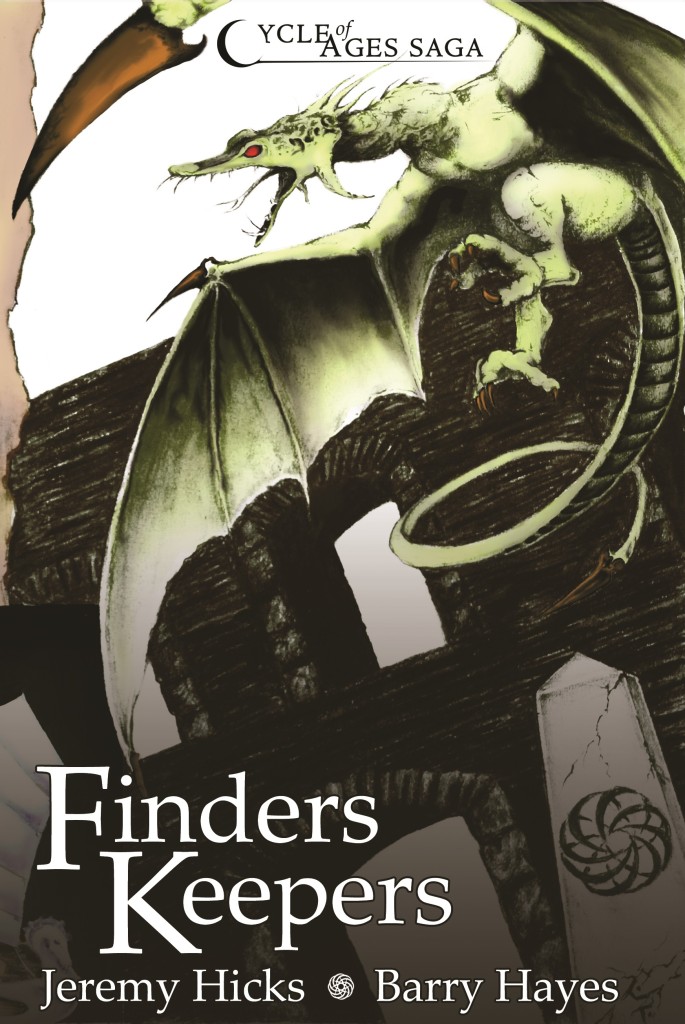 On the faraway world of Faltyr, a calamitous Mage of Moor’dru must do whatever it takes to get the secretive contents of a magic chest back home to his master. But when his disastrous nature shipwrecks him on an accursed island, Kaladimus Dor must cooperate with a motley crew of survivors, including mercenaries from the adventuring guild known as Finders Keepers, to secure their only means of escape, a powerful ship of legend. Can the contentious group of survivors find this Hallowed Vessel before they are consumed, figuratively by their own inner strife or literally by the island’s ravenous inhabitants? And what will happen if the survivors discover Dor is the one responsible for shipwrecking them there in the first place? Will they forgive him or will his actions be their undoing?

Obviously these two authors know how to craft an interesting, gripping story.  I can’t wait for more from them and their world.  If you’re interested in Finders Keepers, you can find it here on Amazon. For more on the world of Faltyr, visit the Cycle of Ages Saga website.