Greetings fans of fantasy!  We’re still riding high on our “Fariidinus Month” feature today; with L.E.Parr’s third book highlighted, we’re halfway through her amazing lethal fairy series.  The author triples down with this third installment, making her work look easy while expanding on her great content.

Battle Queane is a worthy follow-up to Wings of the Exile and Sisters of the Blood.  You can feel that Parr was driving to this conclusion: a stunning, final meeting between Kirin and the highmother, Letal.  The fate of the Heartland is at stake here, and Parr pulls out all of the stops to make this one of the best reading experiences you’ll have. 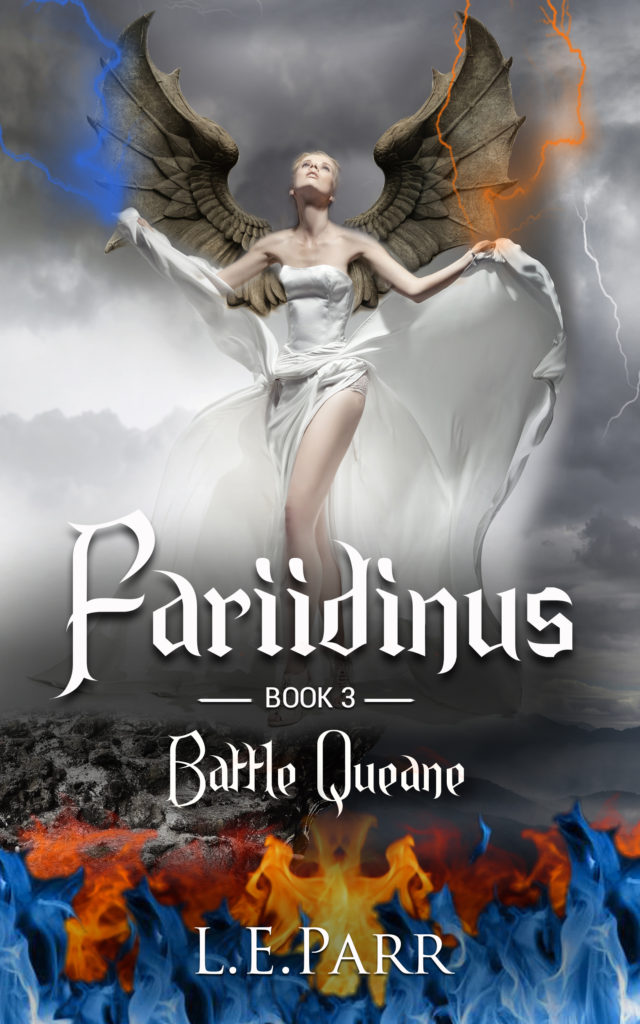 I’ve said it before and I’ll say it again: L.E.Parr is one of the hardest workers in urban fantasy today.  She delivers content at an amazing pace, but within that work is also a careful eye for detail and a love for her characters and her growing world.  Nothing is written without intention, and the story flows with such a natural feeling that you’d be hard-pressed to believe you weren’t living through the events of this book.

While Battle Queane does a fantastic job of wrapping up the first Fariidinus trilogy, in some ways it also makes room for the books that were meant to follow it.  Without the foundation this first trilogy laid out, we wouldn’t have three more ready to dive into.  Take a step into the Heartland, and pick up Battle Queane on Amazon today!