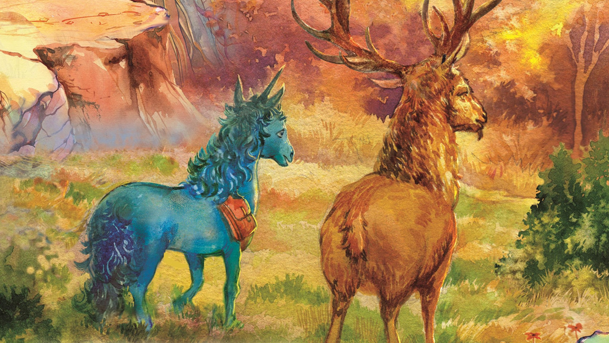 Howdy folks.  This has been a great year for fantasy, in many forms, and it feels like with every passing week, it keeps getting better.  We’re doing well on our campaign, the Tellest books are moving along nicely, and we just keep meeting new storytellers who have interesting tales to send our way.

One such talespinner is Sybrina Durant, who has such a passion for her work it would be hard to miss.  Her flagship book is The Blue Unicorn’s Journey to Osm, and it is an interesting illustrated chapter book that’s perfect for teens and older readers.  Though at first glance it may seem to be nothing if not chipper and whimsical, Durant doesn’t shy away from tougher, deeper material.  This is a story where morality is at play, and there are real consequences.  You’ll enjoy following Blue on his quest to save his tribe, as Durant’s prose is as beautiful as the illustrations that fill this book. 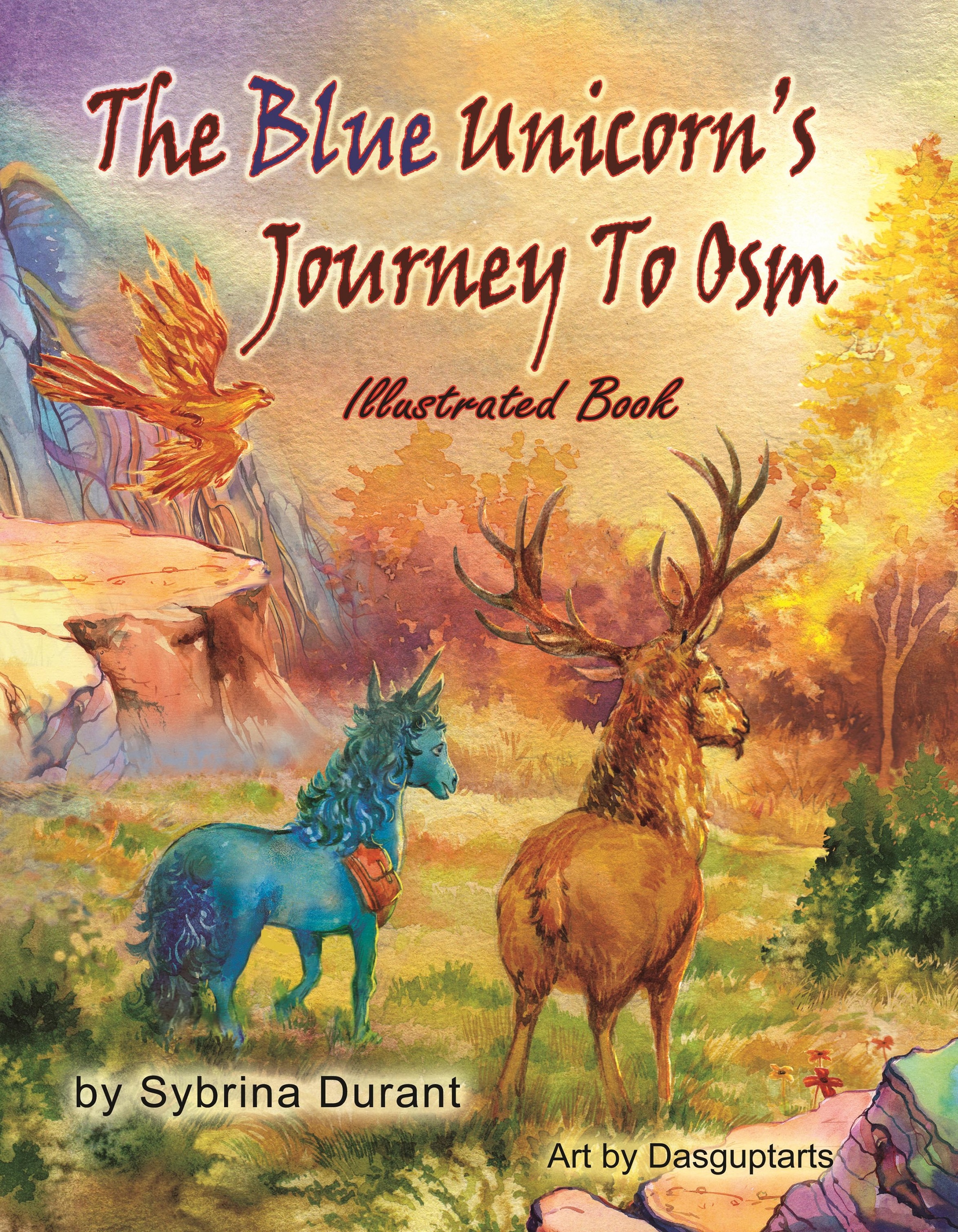 “The metal horned unicorns are doomed!” That’s what Lauda Lead Horn wailed when she first saw the tribe’s new savior. OK, so his horn was not metal…and he did not have a magic power…and he was really a puny little runt. But doomed? Were things really that bad?

Well, things were pretty bad in the land of MarBryn. Magh, an evil sorcerer utilized unicorn horns and hooves to create his magical potions and spells. Those he used, to increase his power and to conquer everyone in his path. All of the unicorns from the Tribe of the Metal Horn were now gone . . . except for twelve survivors.

Before the blue unicorn was born, Numen told Alumna, the aluminum-horned oracle, that he had a plan to bring the tribe back home to Unimaise. His prophecy to Alumna was, “Only the blue unicorn can join with the Moon-Star. Until then, no new unicorns will be born.” Blue was the last unicorn born. Twenty years later, his horn was still covered with a plain blue colored hide. There was not a glint of metal to be seen on it or his hooves.

Everyone knew no metal meant no magic.

But Blue had a mission and he meant to see it through. He was no longer scrawny and he had his wits. Though no one else in the tribe thought he had a chance of defeating the evil sorcerer, Blue felt ready to make Magh pay for his evil deeds. And he went off to do it alone. That was Blue’s first mistake. If the entire tribe was not standing horn-tip to horn-tip at the proper time and the exact place to help usher the Moon-Star Spirit into Blue’s horn, he would die. Then, the rest of the tribe really would be doomed.

Blue is joined in his travels by his mentor Gaiso, the Stag and his friend, Girasol the Firebird as they try to find their way across a danger-filled MarBryn to Muzika Woods. Will the rest of Blue’s tribe reach him before the Moon-Star arrives?

Durant’s gorgeous imagination is charming, and her world allows you to flex your own imagination as you feast on the visuals and story.  There is a great deal of entertainment in this book, and there are plenty of ways to enjoy it.  If you’re interested in the ebook version, check out The Blue Unicorn’s Journey to Osm on Amazon.  Durant also has an audio version of the book, a black and white illustrated version that you can color in and a picture book more suited for younger readers.  The author is very passionate about her storytelling, so you can also find her tales on her website, and connect with her and Blue on Facebook.