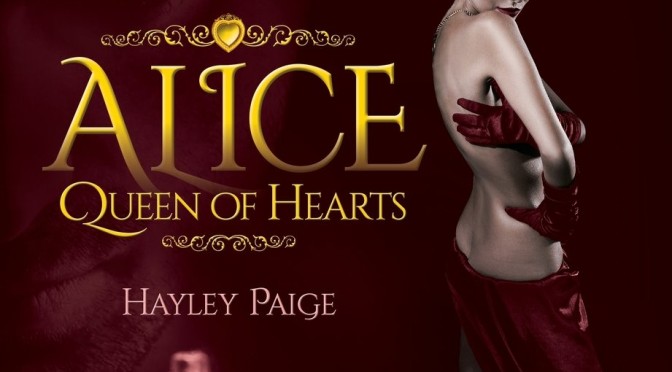 UPDATE:  We told you it was coming, and it’s finally here!  Alice: Queen of Hearts is now available in ebook format.  If you missed your chance to get it before, head over to Amazon to pick up your copy!

I’m so excited when I see different takes on classic literature.  Once Upon a Time is a guilty little pleasure of mine and Rhianna’s.  Even when we felt like it’s been its corniest, we still watch.  That spinoff that took place in Wonderland was pretty impressive as well.

We have a new challenger who is ready to stake a claim on Alice’s story.  For author Hayley Paige, Alice: Queen of Hearts has been the most important and passionate undertaking of her life.  With elements of romance and a world rife with fantasy, this dark and twisted version of Wonderland is sure to interest you. 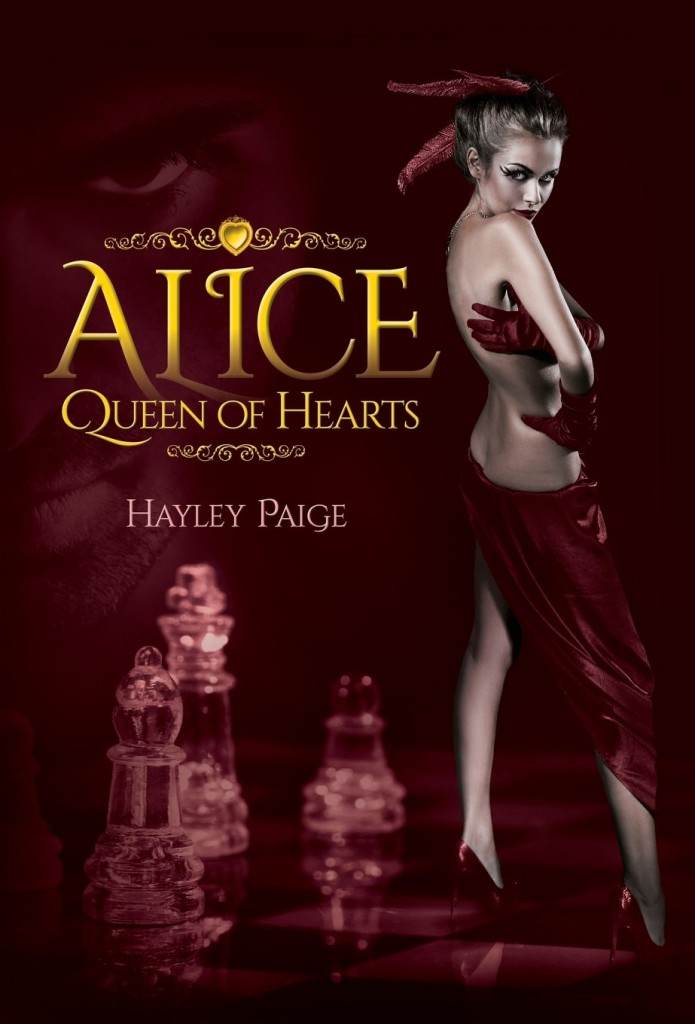 Just one moment, as the leaves turned from green to red and the breeze carried on its back the cool embrace of Autumn, set in motion a life-changing spiralling effect…

As Alice is drawn down the path paved for her by Red—Lord Overseer, Wonderland’s King of Hearts—her world begins to twist and change. The tranquillity of a simple life is left behind as she chooses to fall; a descent that seems never-ending but which takes her that little bit closer to the only real love she has ever known-and the life she has dared to dream. But in Wonderland, nothing is as it seems.

As the earth tilts on its axis and Alice’s perspective becomes distorted and dizzying, she must consider sacrificing everything she has ever known and face the Queen of Hearts with one objective: dethrone her. If she succeeds, the King of Hearts awaits. But if she fails, Alice could find herself lost in a world where everything is nonsense.

Paige’s book just released in hardcover on Amazon, with the ebook to follow at some point in the future.  Also, be sure to check out the author’s website.  You can see there just how passionate she’s been about writing throughout her life, and it will give you a greater appreciation for her work!