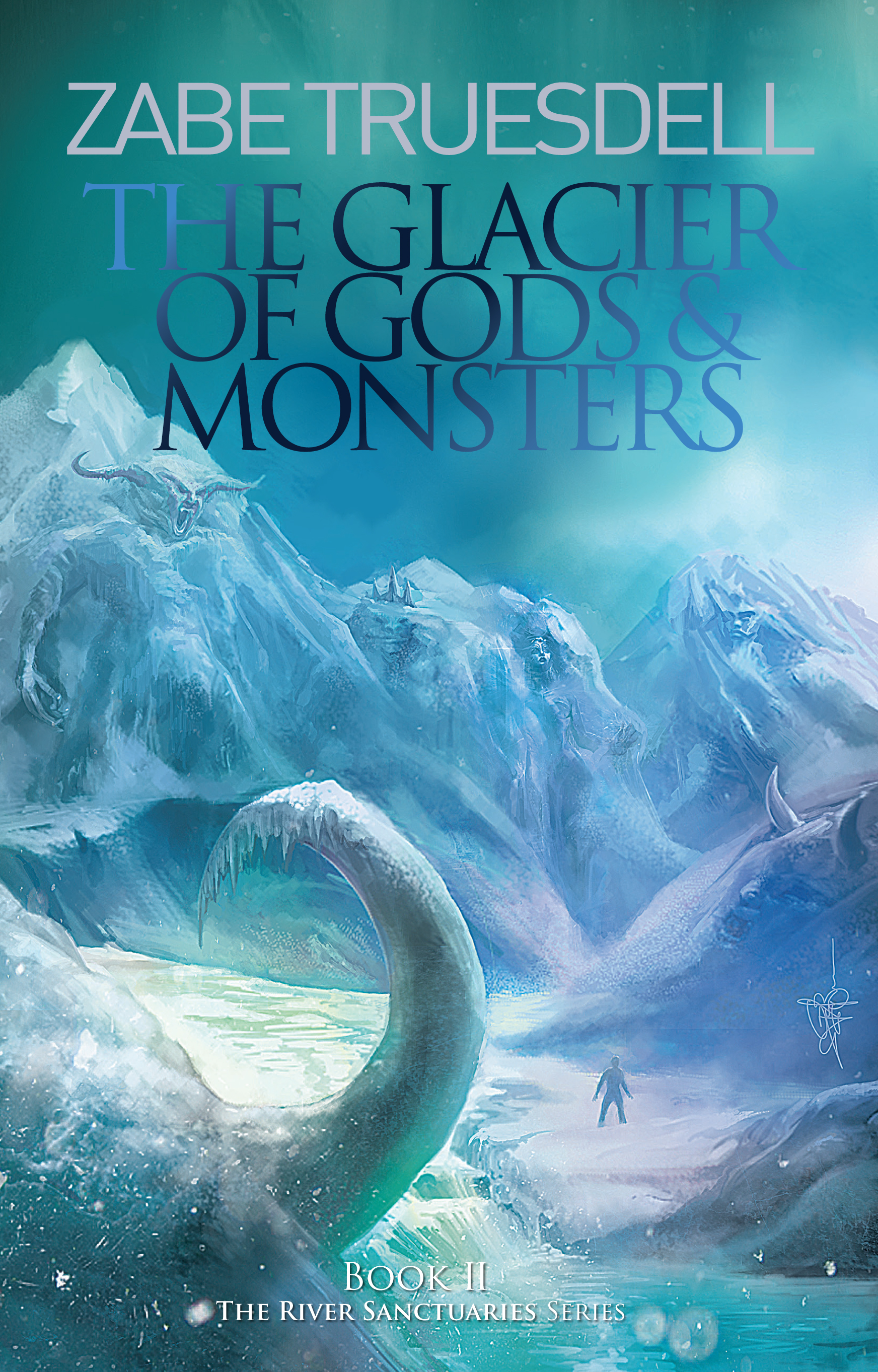 For centuries, a band of souls guarded the afterworld. Their mission was to keep both life and the afterlife safe from those who would gather the power of gods. Within hours of Thomas Salazar fully joining them, the band was decimated.
Now Thomas and his fellow new recruit are the only two left to stop the rising power that took down their more experienced friends. Failure to do so will leave all of reality in the grips of a man that would reshape it in ways Thomas can’t accept.

Meanwhile, Jack Macintyre has awoken in an alien realm completely cut off from everything he’s come to know in the thirty years since his death. Nothing follows the rules he thought were set, and the local people fear him for reasons he can’t determine. What’s more, forces far more powerful than he imagined possible are bent on catching him. How can he avoid them? Is it possible to return back home?
All of the questions lead to one place:
The Glacier of Gods and Monsters