Hey folks!  It’s new book day, and it’s a very special one for us today. This marks the first step into a new journey.  While all the books that came out in Tales of Tellest (as well as the Tellest Legends campaign’s Lord of Thunder) focused on established characters in the Tellest brand, this newest adventure introduces a brand new set of characters from a continent that we’ve heard of but never seen.

Not only that, but it allows us to explore a race that was only witnessed in short stories or deleted scenes.  The kaja are one of the first anthropomorphic races I’ve written about—we haven’t had a chance to play with centaurs or minotaurs, but we did have a story about kobolds.  In any case, this is definitely the longest tale I’ve told where an anthro character is the star of the show.  Kaiyonani is an awesome character who is only going to grow as we give her and her dragon companion some meatier stories in the future. 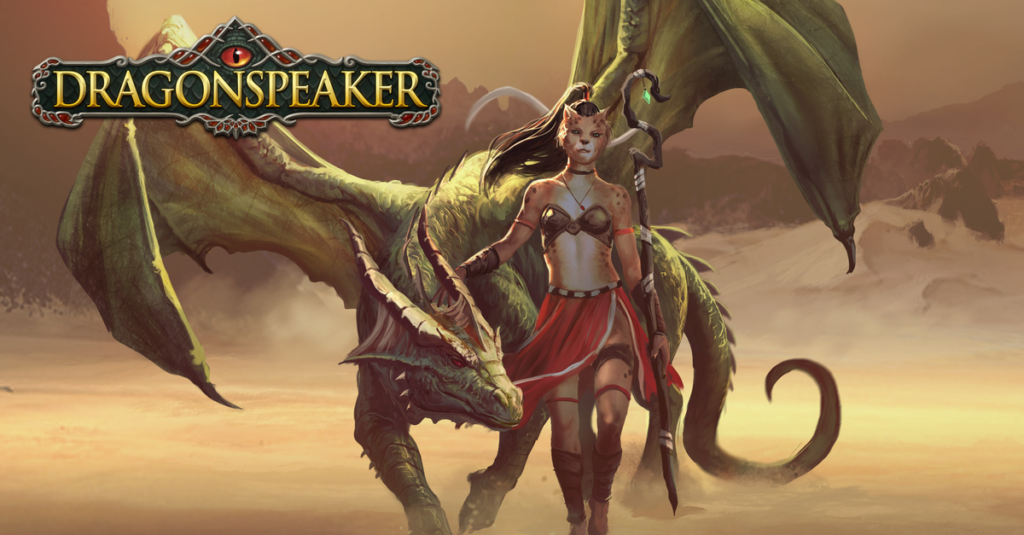 Dragonspeaker just released today, and it’s available for the low introductory price of just 99 cents.  You can’t beat that!  Why not check it out on Amazon today?