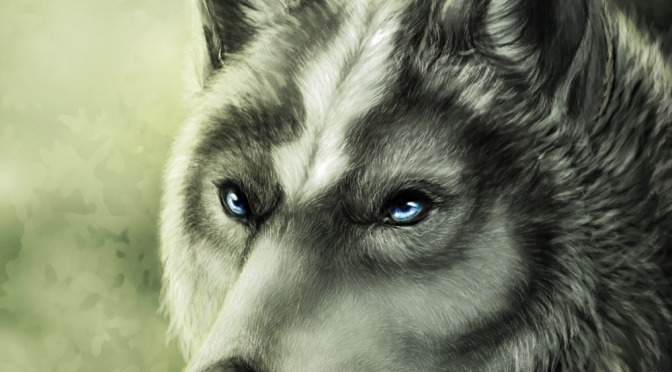 When Kaos Kreegan and his sister were young, their mother brought them to the city of Viscosa to prepare for a celebration at Atalatha.  On the way there, the children noticed the presence of a wolf at their heels.  Still, the wolf shadowed the Kreegan family for the duration of their travel to the capital.  At some points, they even thought that he was playing with them.

Following his time in Fostervilla, Kaos returned to his childhood home, rebuilding it for the second time.  After some time spent there, he noticed that a wolf frequently spent time nearby.  Initially, he had planned on trapping and killing the animal, wary of the wolf’s fearlessness.  However, after some time reflecting on its behavior, Kaos determined that it was a simple curiousness.

Dirk was named as such because of the lighter patch of grey that appears on his forehead.  After that meeting with Kaos, the two were nearly inseparable.  Whenever Kaos needed to gather supplies, Dirk wouldn’t be far behind.

Eventually, when Kaos determined that dangers were still encroaching on his home and his country, he traveled north to meet with his old family friend, Stephen Caista.  Once there, he joined the Raleighn military.  However, with his personal knowledge and skills, Kaos worked better as an individual, and was permitted to serve with Dirk beside him. 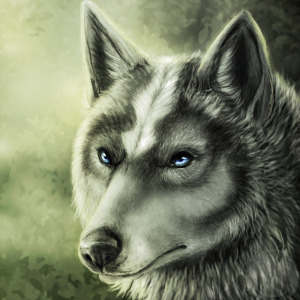 After the War and Capture

After the fall of Ippius and Blacklehn, Kaos and his allies spent time rebuilding various hamlets and towns along Raleigh’s northern borders.  Dirk remained by his side during this time.

When Kaos returned home, Dirk traveled beside Steel Tip for a brief while.  However, during those travels, Dirk was captured by Atalathian poachers due to his size.  From there, he was brought into Atalatha, where he was intended to fight the reigning champion of the coliseum, Geylard the Great.