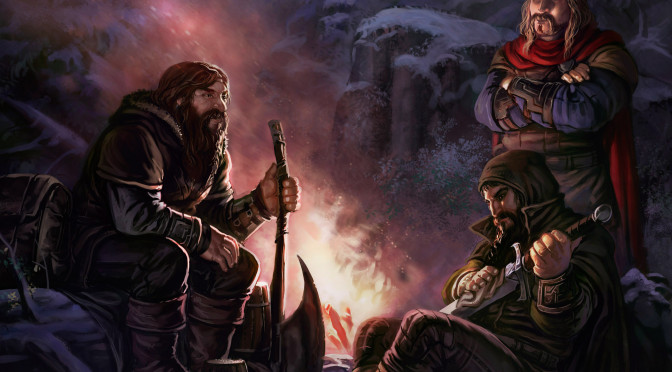 Within the last few years, we’ve managed to crank out a handful of longer form novellas.  These were the big focus of what we’re calling Tellest’s first phase, but it’s easy to forget the little guys that made up the rest of Tales of Tellest’s first big collection.  These short stories are all in canon with the rest of the universe (though some of them we haven’t come right out and said when that canon takes place).

In any case, these short stories often don’t get as much love as the novels and novellas.  It’s hard to validate the idea of spending a considerable amount of money on them since they likely won’t make much back, but there are some exceptions to that rule.  So when Rhianna’s first story was complete, I knew we had to celebrate.

We’ve had short story covers done before, but our other artists’ styles ended up clashing with Leo’s, which we consider the de facto standard for Tellest at the moment.  They may not be the kind of book covers that people expect on Amazon, but it’s the right type of character for us and the stories that we tell.  I’m hopeful that eventually people will recognize the stories that Tellest is known for, and that Leo’s style will let you know right away that you’re looking at something that’s been written by one of the folks in our stable. With that in mind, we had Rhianna’s tale lovingly embodied in Leo’s art style. 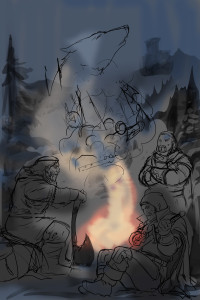 Leo started us out with a pretty bare-bones sketch, but it gave us a lot of what we were looking for.  Rhianna actually gave a perfunctory sketch of her own to Leo to use as a basis, and he nailed it with what we saw here.  Three dwarven brothers sit around a campfire, and the smoke takes the shape of the story the oldest brother is telling.  There was a little too much in this cover than we wanted to reveal, so we made some adjustments to it for Leo to carry out. 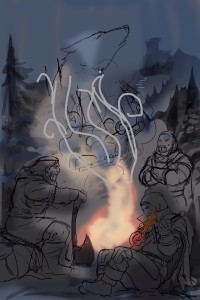 As you’ll see here, we covered some of the elements in the smoke, and we gave our sitting brother a more colorful and longer beard. 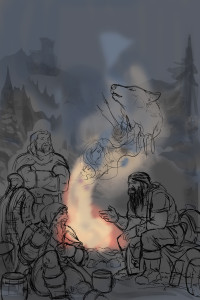 Leo came back with an even more expansive cover.  That’s one thing Leo is very good for.  He always gives these jobs 110%.  We decided, though, that we wanted the focus to be on the smoke instead of the dwarves, who ended up taking a little too much cover space here. They tell the story, but it’s that story that Midwinter Requiem truly focuses on. 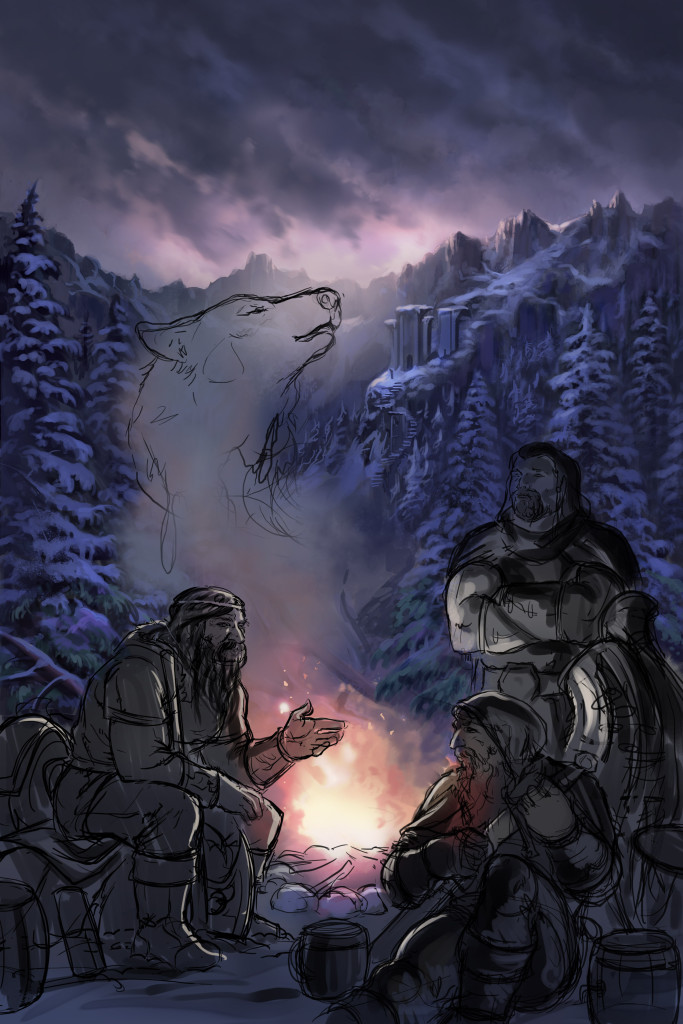 So we took a step back to the earlier cover that Leo crushed with this insurmountable beauty.  I love how lifelike Leo’s pieces look, and this one was no different, with the quality of the trees, the mountains and of course the dwarven keep popping off the pages.  We did think the wolf didn’t quite look mournful enough, and we also suggested a clearer sky with a full moon in the background.

Here you could see some of those adjustments taking shape. 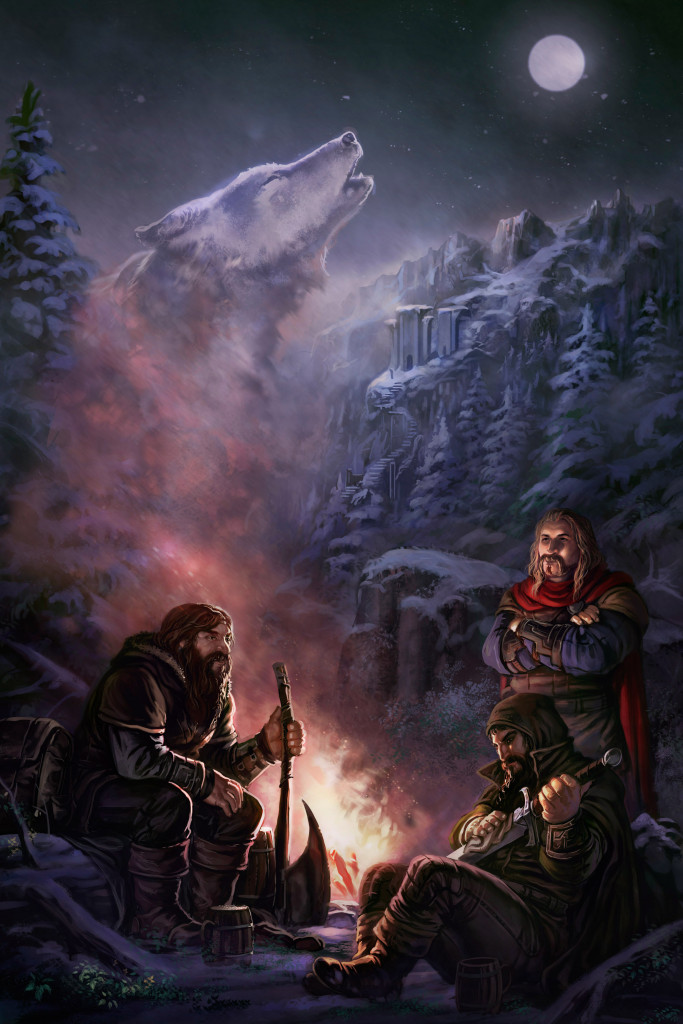 By the time it was all put together, it became one of my favorite story covers that we’ve had done yet.

I hope that we have more opportunities to get short story covers done up.  As we produce more great content, we’re seeing some return on investment, which is a wonderful feeling.  Maybe in the second phase of our release strategies, we’ll see a few more shorts get the proper treatment!

And here you have it, with all the bells and whistles.  It stinks that we lost the dwarven keep behind the title, but you’re not always going to keep every little piece in tact.

For those of you who are interested in seeing the very rough presketch that Rhianna did of the Midwinter Requiem cover, it’s available on our Patreon page.  You will have to be a $1/month patron, but you’ll get that preview, as well a full week’s worth of content… we update that daily!