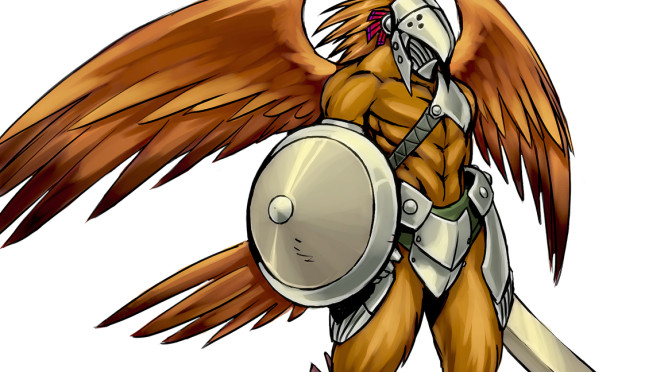 A few months back, we had the opportunity to work with an artist named Luigiix in an effort to get some decent concept art of various races out there.  Last time we went with the kaja, but this time, we’re bringing you his awesome rendition of the avarians, Tellest’s birdlike race. 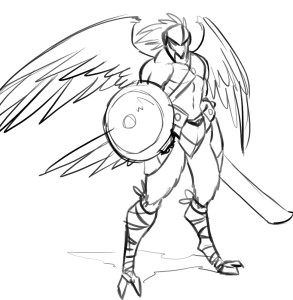 He starts us off with a pretty simple sketch.  These winged warriors can utilize shields and swords pretty easily, thanks to their broad wings.  You’ll notice that these guys have full arms in addition to their wings, unlike Tellest’s harpies, where the wings are attached to their arms. 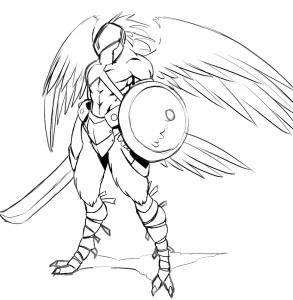 After that initial sketch, a few things were modified.  There’s a little bit more detail in the feathering, and the weapons, and the pose has changed slightly.

After that, we experimented a little bit with color.  Luigiix didn’t like the idea of drawing the beak on the character, so he disguised him behind a pretty cool helmet.

We decided that we didn’t like the darker colors so much, and we gave him a kind of “Golden Eagle” look instead.  There’s a little bit of shine on the sword and the shield and the armor too, and that really makes this guy pop.

In a couple weeks we’ll show you the follow-up: a female avarian.  Until then, have a great New Year!