Hey there everybody.  We’re still getting acclimated to life without Kickstarter, but that doesn’t mean there’s ever any time to relax. We’ve got books going out to new fans, we’re cleaning up our old catalog, and we are of course writing new material as fast as we can. In fact, word has it there might be a new State of Tellest blog post coming right around the corner.

But I digress.  That’s not why you’re here today.  You’re here to see some awesome new concept art, courtesy of our artificer, Azot.

Just as before, Azot has put in a lot of work on two pieces of Tellest history.  Both of them are part of Kaos Kreegan’s ensemble—at least as far as The Bindings of Fate is concerned.

We’ll start off with the Iron Kiss, which is the item Kaos had for far longer.  It’s a leather glove with magnetic properties, making it capable of unlocking just about any chest or door he comes across.

As always, we should remind you that Azot’s art is highly stylized. There’s a good chance that the artifacts our heroes would use are probably a little more mundane looking than these gorgeous pieces, but what’s the fun in that? 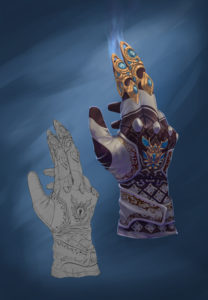 As you can see here, things are coming together great.  The Iron Kiss is one of the favorite items that Kaos relies on.  After all, it’s not all that entertaining getting to a treasure chest and not being able to see what’s inside. 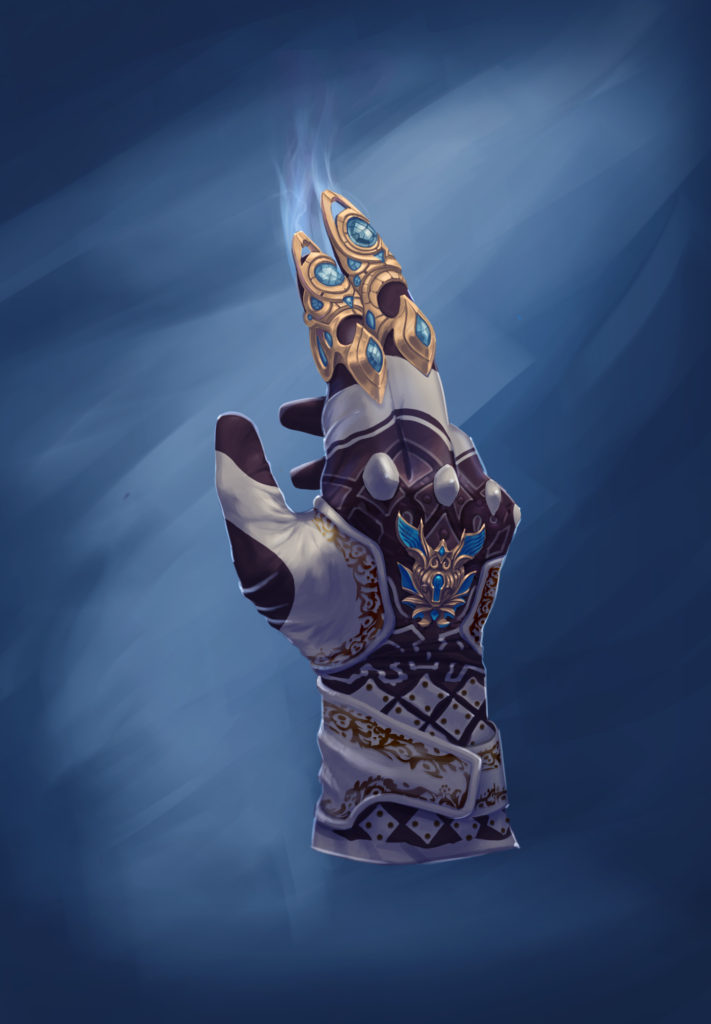 Here’s the final look at this awesome artifact.  I love the extra flourishes that Azot put on the piece, like the trim, the lock symbol, and the little dice-looking pattern there at the bottom.

After that, let’s move on over to one of our former main character’s new pieces of equipment.  This is the Ring of Amplification, which—as its name implies—empowers something.  But what?  Well, as of now, it only works with the powers of someone who is what we call a Child of the Stars.  There are only a few of them who have been revealed in the series, including Kaos Kreegan, Essex Cayne, and the stranger known as Azura.  But things are known to change.

Here are some early sketches of the artifact.  The symbol of the starchildren is a black sun around a blue triangle.  Azot also gave us a version that was a little less accurate in case we wanted to mix things up a bit. 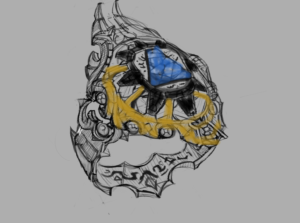 After that, we played around a little bit with the color scheme, so that we knew exactly what we were going to be looking at when it was finished.

Ultimately, we decided to pull back a little bit, and have a bit more blue and gold than black.  It’s used primarily by a hero in the books we’ve released, and the excess black kind of made it look like a ring fit for a villain.

We’re on a roll with these, so keep your eyes peeled for the next set of pieces from our concept artist Azot.  Next time you’ll see his work is next month!