So, it’s been a little while since we worked with Azot, and today we’ve got some cool stuff to show off.  It’s a little bit of a departure from what he normally does for us, so I’m thinking it’s going to be a lot of fun.

Azot has his own kind of awesome, quirky way of doing his various pieces of art.  The artifacts that he did for us were highly stylized.  So it’s exceptionally cool, then, that we got him on board to do some concept art pieces that showed off some Tellest locations.  Now, these ended up being concepts for places that didn’t exist before, so it’s pretty wild thinking about what we can do for it. 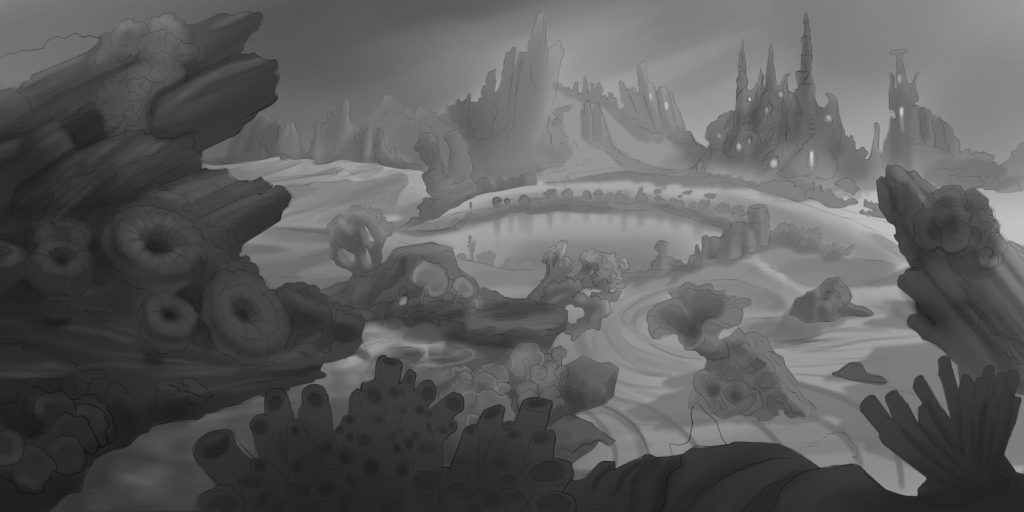 We’ll start off with the opening sketch.  Azot and I live in different countries with different languages, and sometimes, miscommunications do happen.  What we expected was not quite what we were going for here, as this looks like a lot of coral and reefs and things that you would see underwater.  In fact, we even told Azot to shift things in that direction. 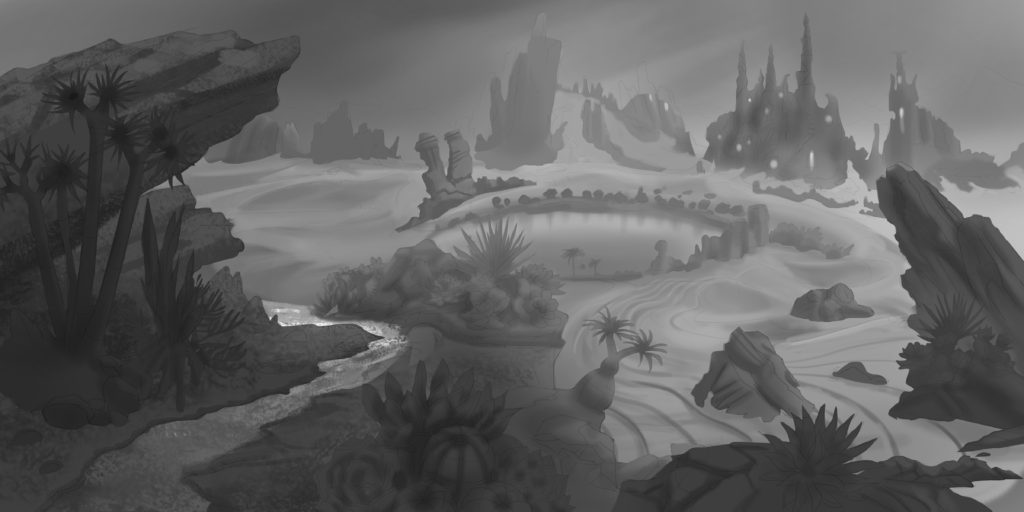 Ever the impressive and diligent artist, he instead tweaked things so that it looked a little more desert-like.  What we decided to do instead was build a backstory for why this particular landscape looks so peculiar… 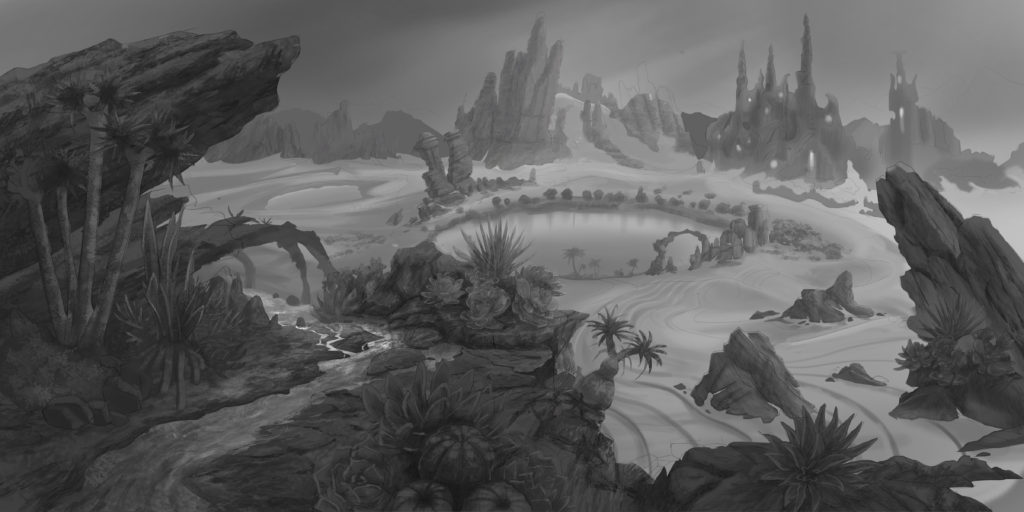 We came up with the idea that it was once a sprawling underwater community where an underwater race (that we won’t disclose here) once lived and thrived.  But after some terrible circumstances, the area around this city rose up out of the sea, and all that was left was an alien desert that people began referring to as the Deadsea Desert. 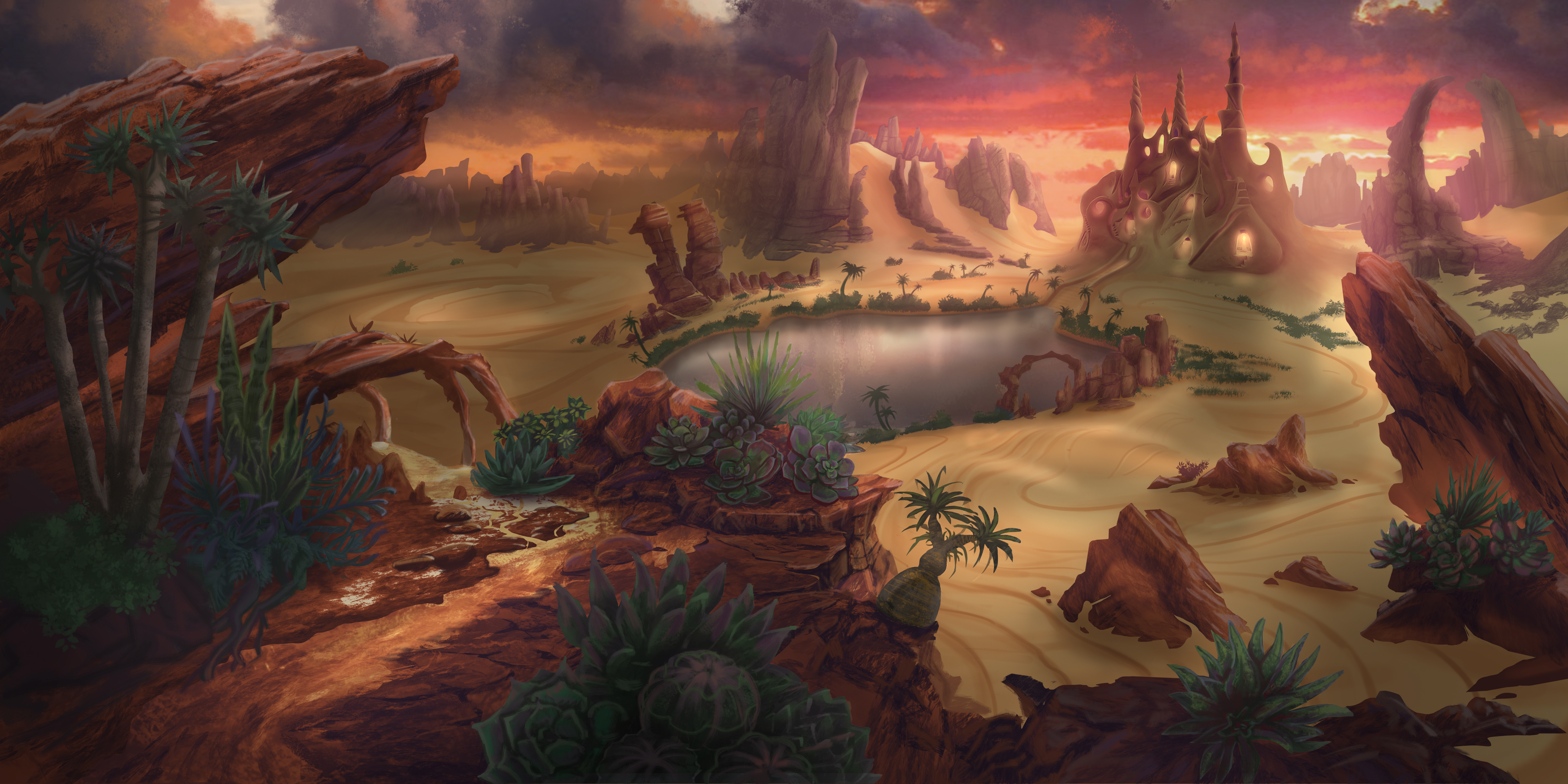 I love how even a “mistake” can lead to some pretty cool concepts in our world.  It’s going to be interesting once we first get to tale the tales of the people who still dwell here!