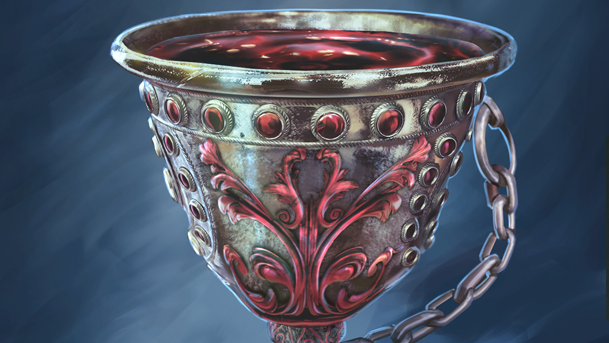 Howdy folks!  It has been a tremendously long time since we had some awesome artifact concept art, but we’re making amends for that today.  Azot is back with a look at a cool treasure from the world of Tellest that we’re debuting here before it shows up in any book or story. 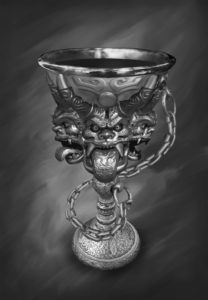 The story behind this artifact is that it is in fact cursed.  Part of the reason that we disagreed with this original design that Azot provided was because it seemed like something nobody would want to drink out of.  We wanted the person who ended up imbibing of it to be surprised by the cravings they had afterward. 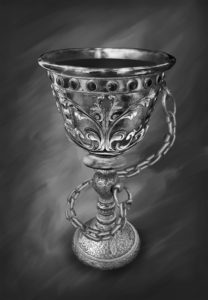 The second variation was much more in line for what we were thinking.  In case you were wondering, the effects of the curse are pretty well represented by the name.  Anyone who drinks from the goblet incurs a terrible curse that can only be quenched with blood. 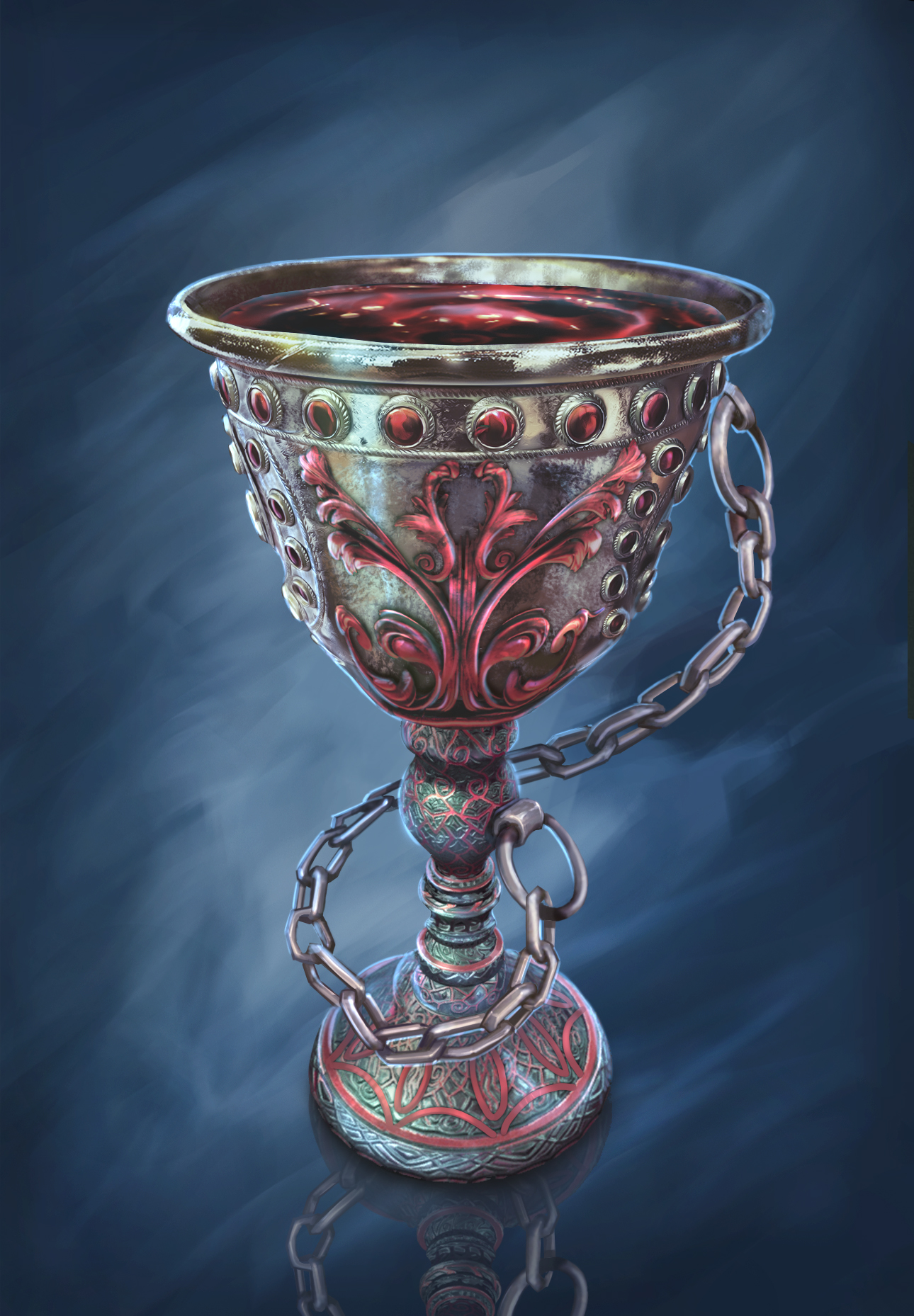 Here is the final version of the bloodthirst goblet.  Azot did a fantastic job with this iteration, and we could not be happier.  Oh, and just in case you thought maybe you could just drink the blood of some monster…eventually the thirst becomes so great that you won’t be able to stop yourself from attacking your closest companions.  If someone offers you a drink from a somewhat suspicious-looking goblet, think twice!

We’ll be back in just a few weeks with more concept art from Azot.