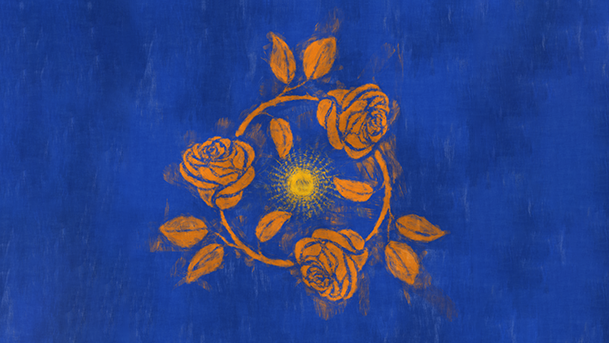 Hello!  Wow, it’s been a full two months since the last sigils, give or take a week or so depending on whether you’re talking about our golden sigils, or our last true sigil for Versali-Virai.  Today we’re looking at a sigil for a city we’ve been in before, although only once, and it wasn’t exactly a great time.

We’re looking at Sungarden, the human capital of Daltain, and a lavish place if ever there was one.  Sungarden is marked by beautiful flora, with the most notable being arrangements of roses that people will see everywhere.  The roses have been bred for longevity and resilience.  These flowers (unlike the ones we have on Earth) are hardy and long-lasting, and the city has used them as their endearing symbol. 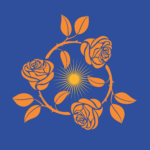 Sungarden’s sigil is an orange or gold trio of roses upon a blue field, which the nobles of the city will insist represent prosperity, fine leadership, and beauty.  It’s just as likely that some artist drew something simple and those running the city let pretention run with the rest of the legend. 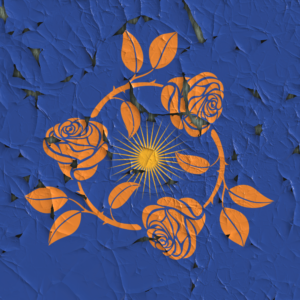 Sungarden residents are known for things beyond their affluence.  They also detest magic, and have gone to great lengths to scrub it from their city except where absolutely necessary (for instance, for help with trade, shipping and transportation).  Little do they know, the roses they love so much were initially strengthened by magic, although the magic has most likely diluted till now, leaving the roses strong enough on their own.

As a side note, most Sungardians would absolutely not stand for a broken, chipped version of their sigil to be on display as you see above.  And potholes?  Forget about them. 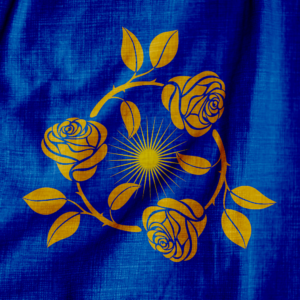 Sungarden makes their wealth in many ways, but one cannot say that they aren’t hard workers—at least those from the merchant district.  A good deal of the barons own fleets of ships that run the Sungarden banner high.  If they so needed it, or cared more for protection than money, Sungarden could have a very powerful armada indeed. 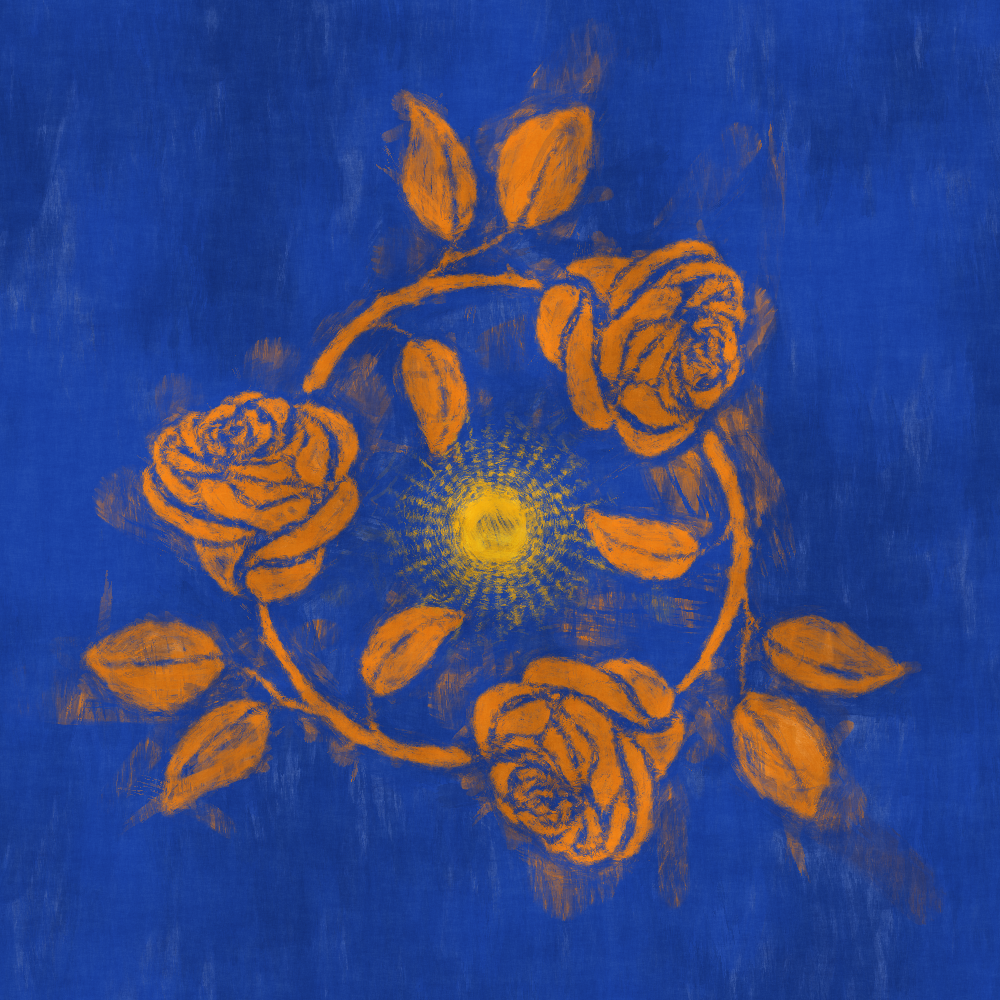 Here we go with the last two bits of sigil goodness.  Our painted versions of the Sungarden sigil look just as cool as any of the other ones, and the blue background is so soothing.  Now that’s not to say that I’d want to go and live in Sungarden.  They might be a little too hoity-toity for me.  Then again…there’s that whole thing about the potholes.  The Sungarden sigil looks really great plastered on your phone’s background, so if you want to grab it, here’s your chance: 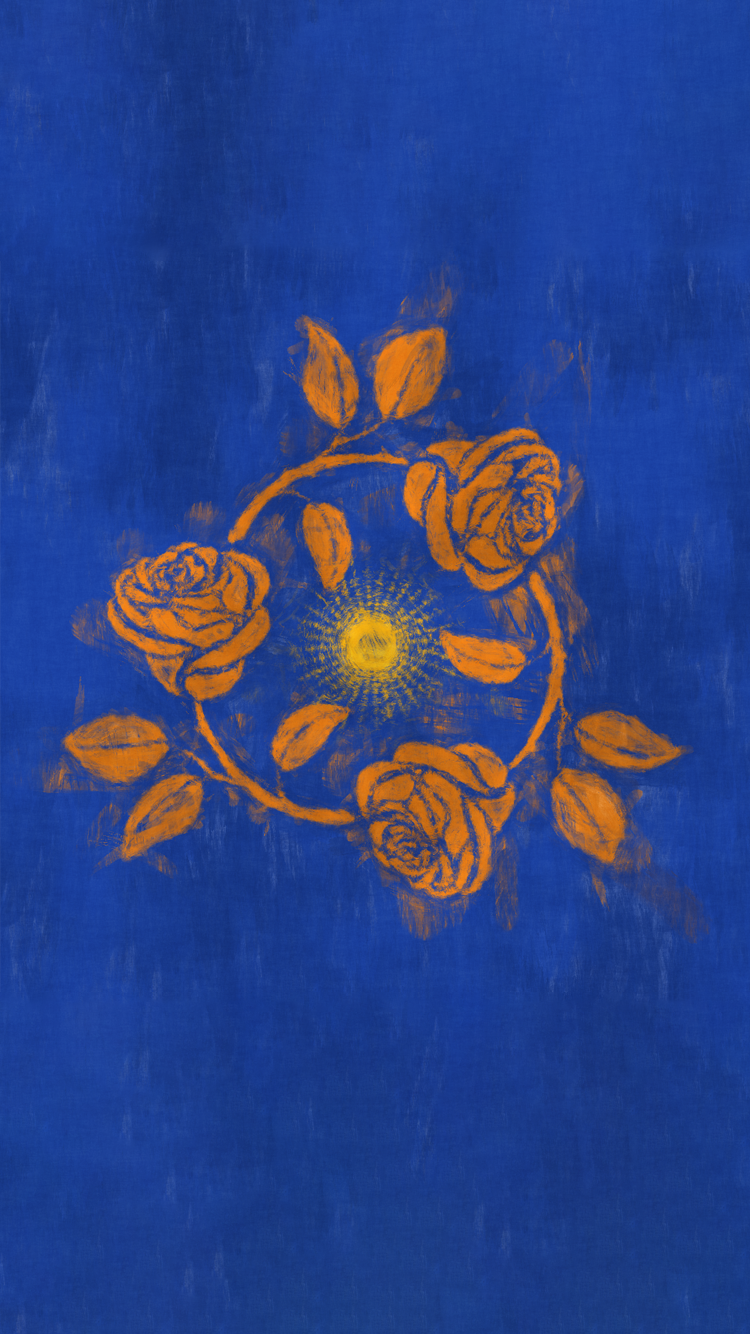 It’s appearance in Transformed certainly won’t be the last time we see Sungarden.  There’s been some ideas rooting around in the ol’ noggin to see if we can’t work on something.  But for now, we’ll have to see where we go.

I do believe that this is our second to last sigil in the set that we’ve been working on.  We’ve got one more to show off which you’ll get your hands on in just three weeks.  Until then, get out there and enjoy some other fantasy, or look through the Tellest catalog or Tellest World Anvil and see what other cities there are to explore!