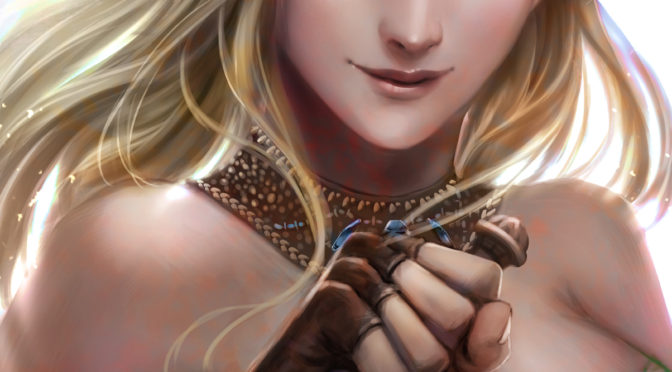 Howdy folks!  I always feel like it takes forever before we have the opportunity to put up a new piece by Red Pear, but I’m always so happy when those opportunities arrive.  With the exception of Leo and Hozure, there’s no artist we’ve worked with who has been more prolific, and she gives us a really good look at the characters we’ve created.

Today, we’re looking at a character we’ve seen before.  A couple different artists have tried their hand at Zoe Hart, but this is the first time, believe it or not, that Red Pear has tried her hand at the second generation hero. 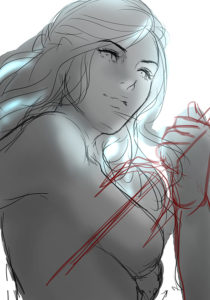 Zoe was a quick one for us.  Pear gave us two sketches to work with, and this one was the one that we passed on.

The original pose looked a little too much like Lyla, so we opted for this second piece.  Both highlighted her weapon of choice, the sai. 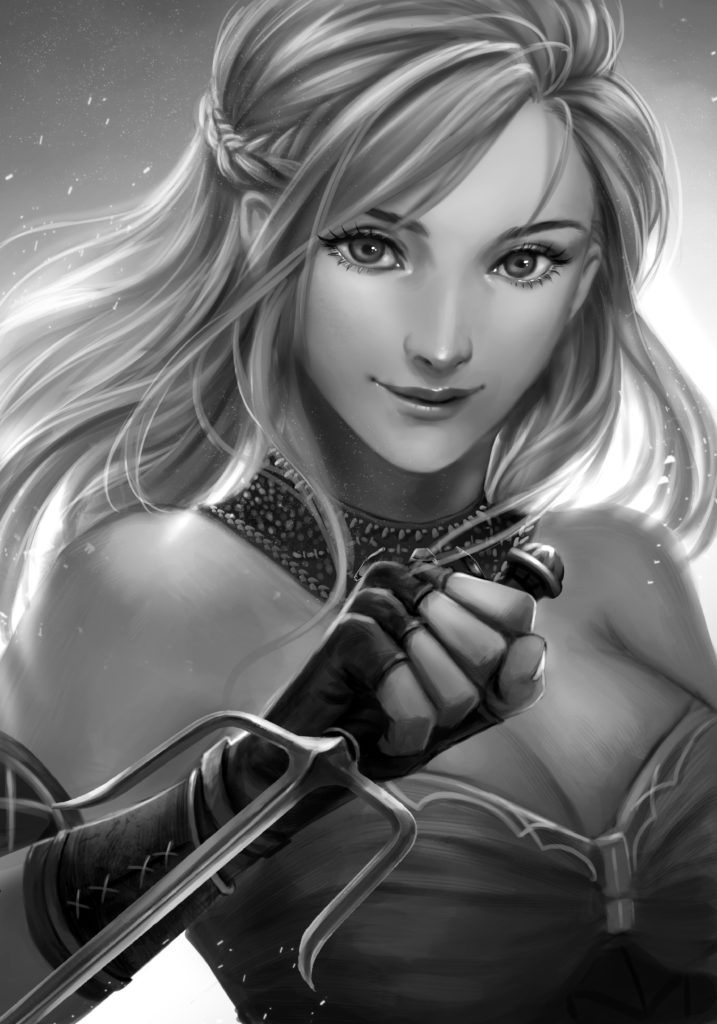 The detail layer shows off a bunch of cool little details, like her neck piece, and the braid in her hair.  It also highlights her youth.  She’s definitely on the younger side of the characters—maybe younger than Adelia is by the time all our heroes converge—but she’s still a force to be reckoned with! 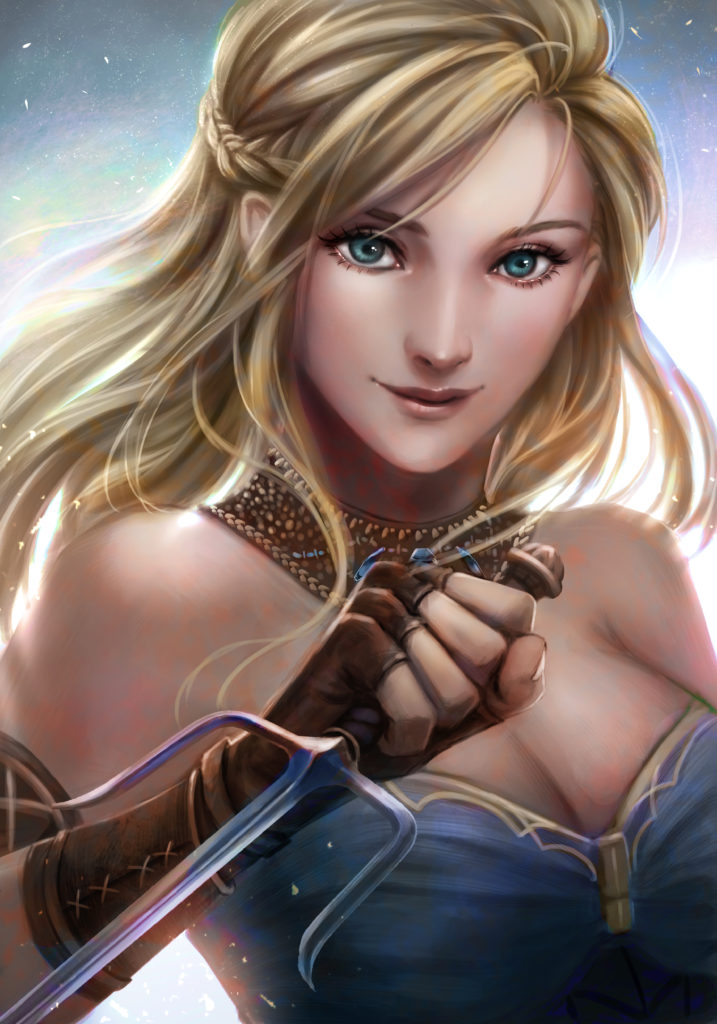 And here’s our final version of the character with a splash of color.

Here’s a fun fact: If you’ve ever played that game whisper down the lane, this is kind of what it’s like when art is involved.  In the books, Zoe isn’t quite as…bountiful.  But our first artist to tackle her, John Becaro, has a very specific style.  His women all have large assets, and every artist to take on the character since then has kept those womanly curves in place!

That’s it for this take.  It won’t be long before our next Red Pear feature though.  Stay tuned!