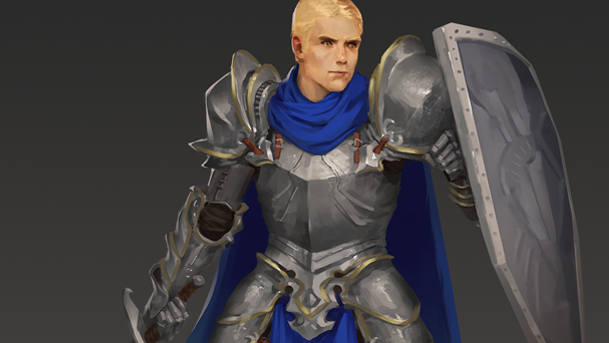 Long may he rest.  This is an ooooold piece that we had commissioned Hozure for (and sadly, the last one we’ve managed to commission the artist for) from probably three years ago.  Rather than focus on the sad, let’s focus on Hozure’s awesome work on the character.

As always, we started with some poses.  I think I have a slight regret about picking the one that I did, as the one in the center was so dynamic, it would have looked really cool.  The shield was supposed to have kind of a mirrored quality to it, and it just didn’t come out right. 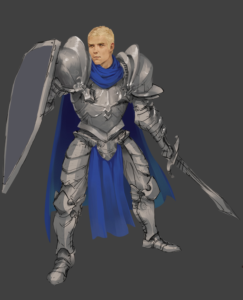 That’s not to say that what we ended up with was bad!  Hozure did a huge amount of work with this piece.  There were a lot of details in place, and what you’re seeing here is just the work-in-progress. 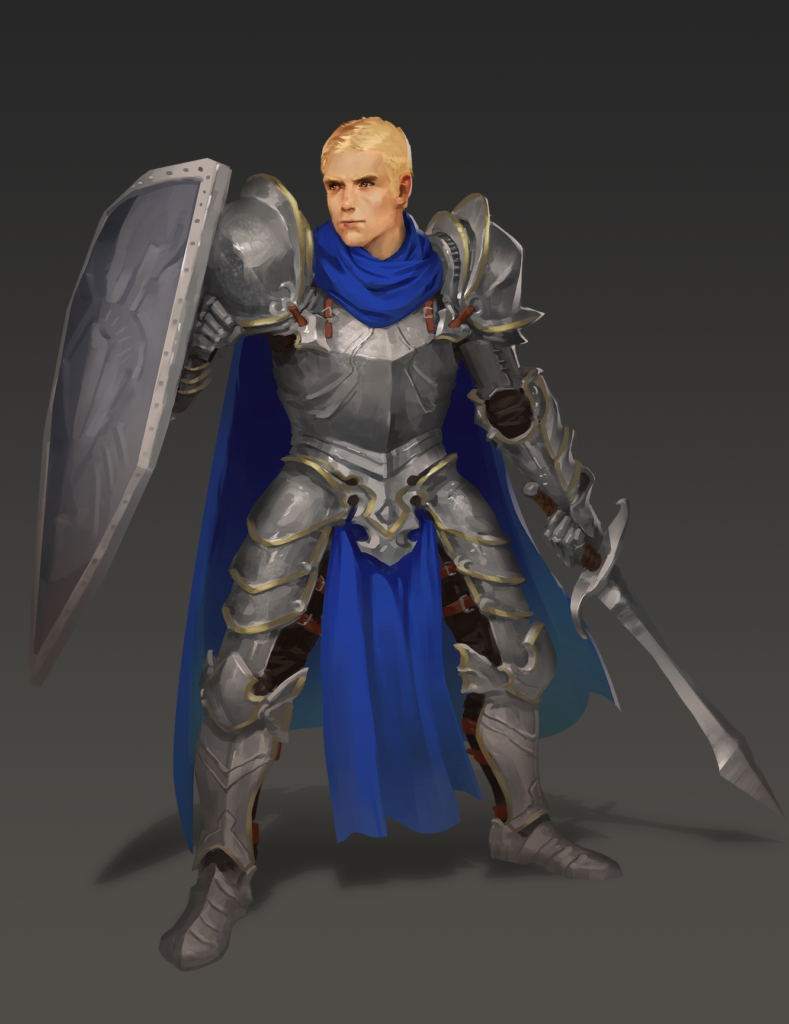 The final version shows a lot more shine and color in all the right places.  He almost looks statuesque in this armor.  I think Zachariah is one of very few character Hozure did for us that had a lot of gear like this, and he did an awesome job with it.

Well, that’s it for our collaborations with Hozure.  It was great working with him while we could, but it seems like it’s not in the cards for us to be able to collaborate with him anytime soon.  I’m crossing my fingers all the time for a new opportunity.  We’ll see what the future holds.  In the meantime, in a couple of months we have a new artist who we were fortunate enough to meet with who has taken up the torch, so to speak, and is doing these “figure” looks at our characters.  Stay tuned for that grand unveiling!