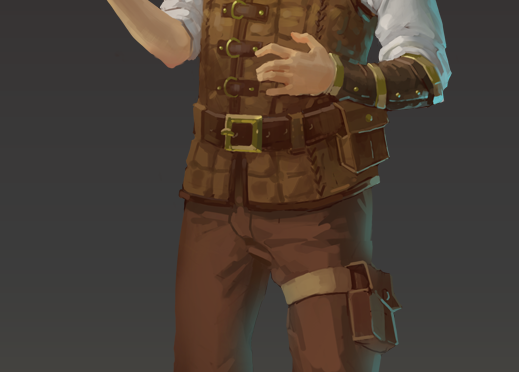 Hey there folks!  We’re back today with another look at one of our characters through the eyes of Hozure.  This time around, we’re looking at a young Maximus Xanders.

When last we saw Maximus done in a specific style, it was Hozure who had done him.  Back then, we were looking at an older Maximus on his clockwork horse.  This time around, we’ve done a nod to that, but in a reserved way.

We were given the opportunity to do this piece with his horse, Charcoal, but we needed to move on from that, in order to let Maximus move on as well.  Plus, we’d already seen Charcoal on the cover of The Tinker’s Tale.  Instead, we chose one of the poses that would have a clockwork mouse in it instead.

Maximus was always the kookiest of the Knights of Virtue, and I think this piece definitely picks up on that.  At the same time though, it shows kind of where his mind’s at, and that he has a vast imagination.  All that in such a small piece—that’s pretty impressive! 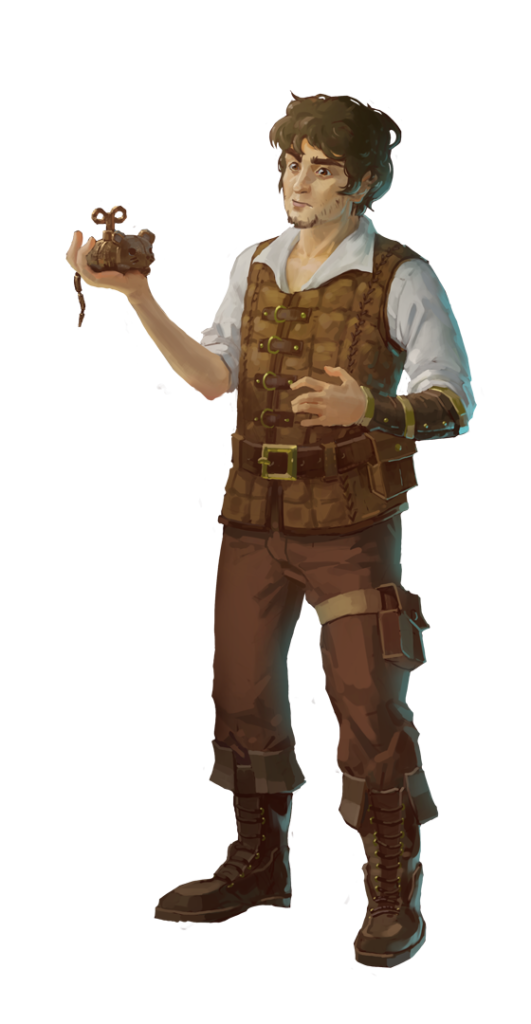 Here, you can see that the details have been filled in, and the piece is nearly done.  You can definitely tell how this guy ended up growing up to be the same fellow who made a clockwork horse, awesome weapons for his friends, and precise catapults upon the Lucerion Bridge.

And here you have it.  Our finished piece.  The background and shadow ends up really helping the lighting and details fall even more into place.

I really like Hozure’s interpretation of Maximus, and I’m actually really interested in seeing old/young interpretations of the other knights, especially considering we haven’t seen anyone else beyond a young Richard!