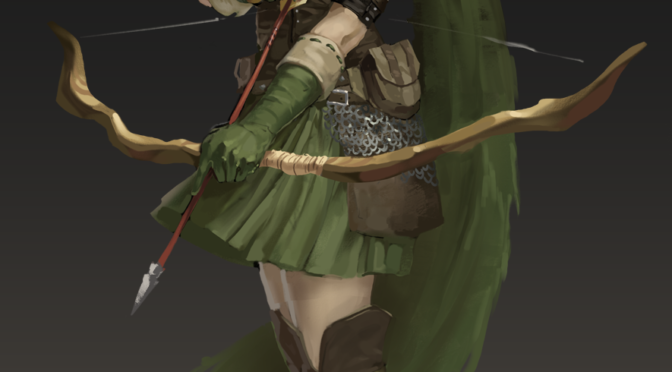 As we always do, we started with a selection of poses to choose from.  Hozure is always good about letting us do some cool stuff with the characters.

We ended up going for a somewhat static pose rather than a big action shot.  Here, Venathryn is nocking an arrow to her bow. There’s already a lot of detail, even in this WIP sketch. 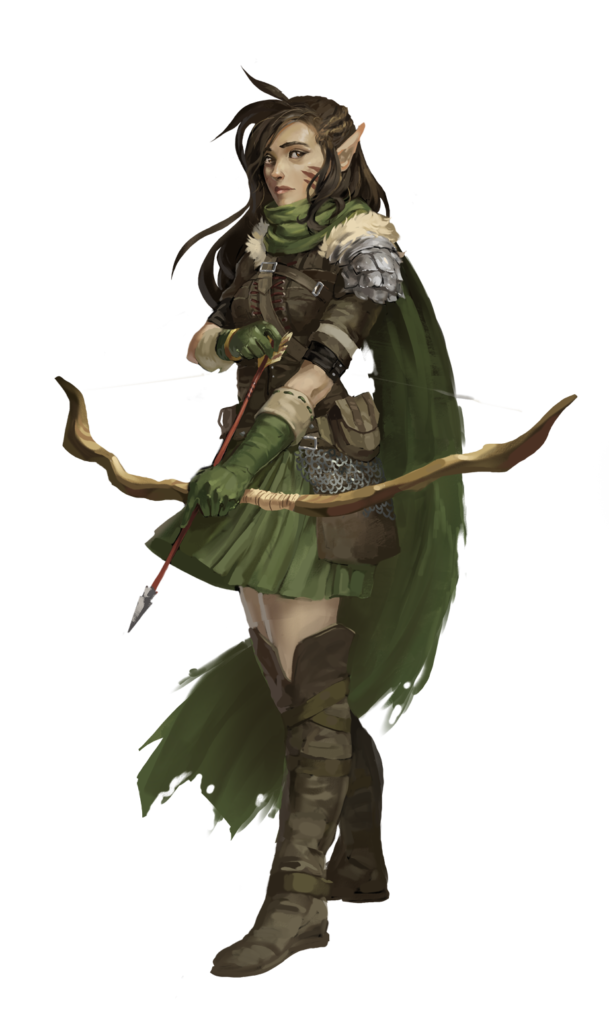 Some more details makes her outfit pop that much more.  Venathryn is a little battleworn here, as you can see by the tatters in her cape, but she still looks badass.  Hozure did an awesome job!

Our final look at the character has her on a dark background to help us show some contrast.  She looks absolutely amazing, and we can’t be more appreciative of Hozure’s talents.

So… we may have fibbed a little bit regarding the redux series.  We still have one left, and you’ll be able to see it right here on tellest.com when we post it in just three weeks.  Stay tuned!