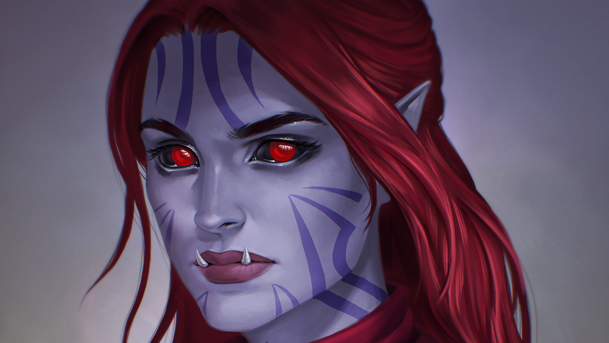 Hey folks.  With an expansion to Quantum Quest on the horizon, we wanted to leverage our talent to show off some characters that weren’t necessarily confined to the pages of a book.  One of our characters from the expansion is Suja Mak.  She’s on the cover of the Blue Box already, so we figured, why not give her more of a chance to shine.  We put June Jennsen on the task, and she knocked it out of the park, as usual. 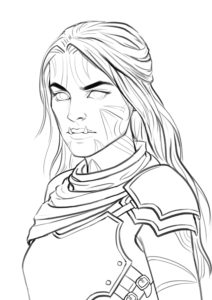 Suja is a troll from Daltain, who claims to be the most feared bandit in the country.  She wields a nasty crossbow, but she’s got a lot of martial prowess anyway. 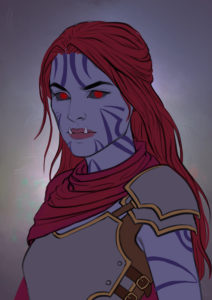 A little bit of color shows off Suja’s fairly unique look.  The trolls in Tellest are varied in their look—probably more than any non-anthro race that we have revealed thus far.  In Suja’s case, she’s of the more elven-looking variety. 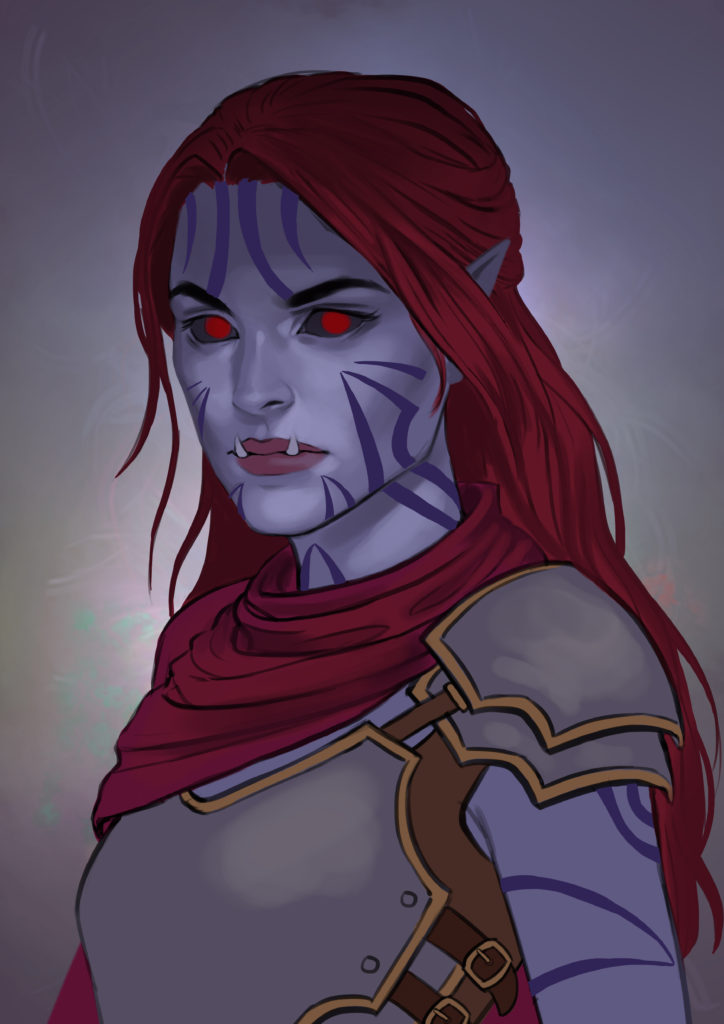 The smaller trolls of Tellest don’t have the pronounced ears that you see in Warcraft (or the big noses).  They do have odd colored skin, hair and eyes though, which Suja definitely represents. 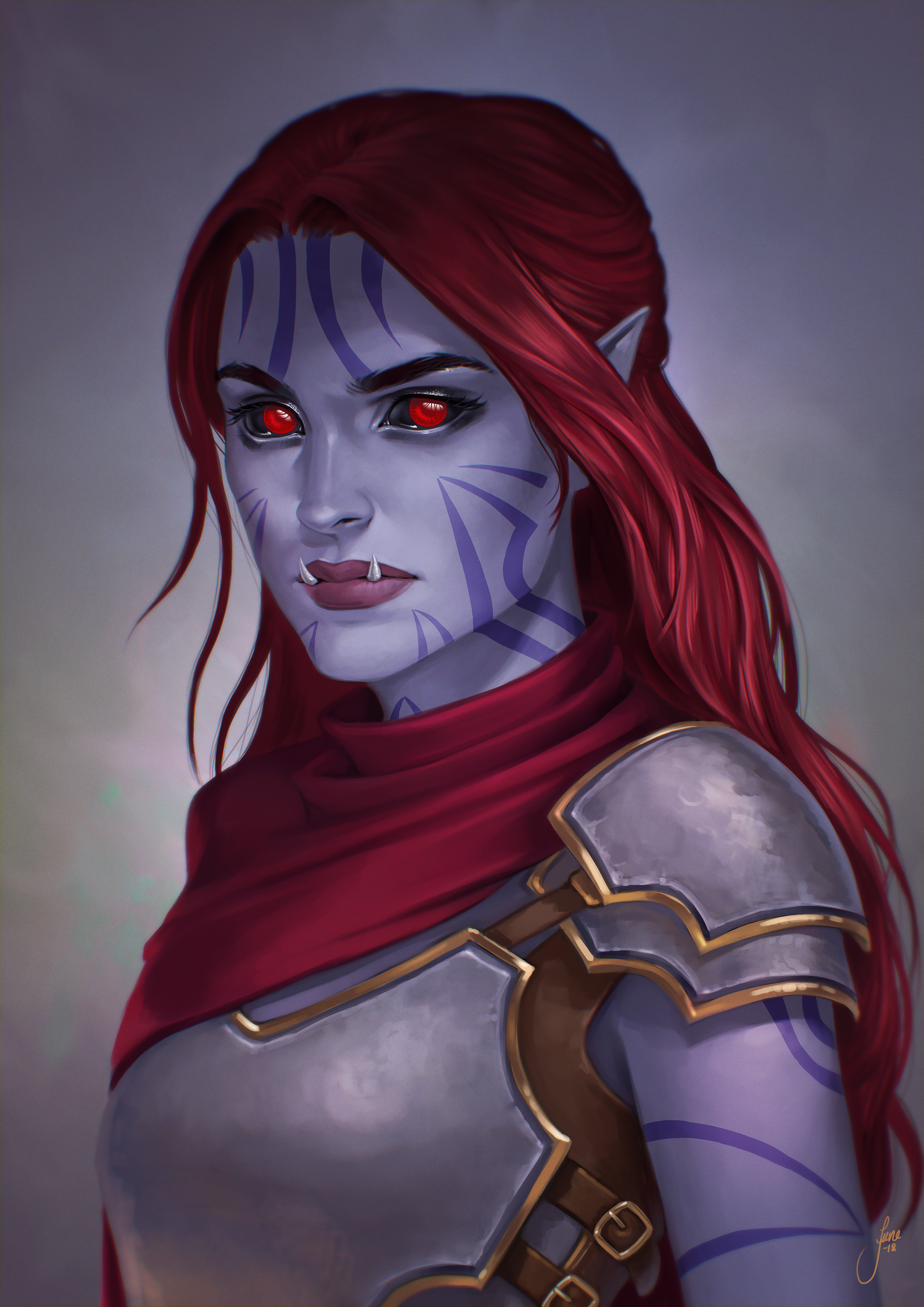 And here you have Suja in all her glory.  I have a feeling we’ll be seeing more of her in the future, but only time will tell.  Thanks as always to June for her amazing work.  Suja joins the ranks of several other great works done by this awesome artist!