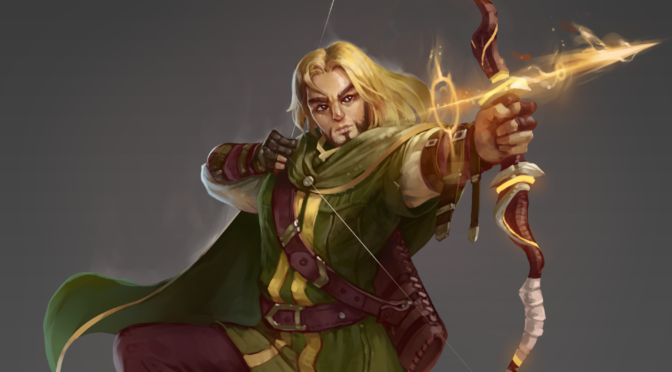 I didn’t realize how long it’s been since we had some Hozure art on this site, but now I can quantify it: too long!  But today, we’re going to rectify that.

The last big character piece that our favorite “figurine” artist did for us was Kaos Kreegan back in August.  We’re in November now, though, and seeing as Michael is working on a story about Ippius now, it only seems fair that we look at one of its greatest heroes: Kevin Dactyls, otherwise known as the ranger, Steel Tip. 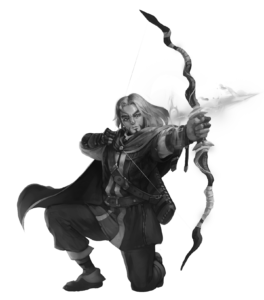 Once again, we’ve got a slightly beardy ranger firing out with his bow.  You can see here, though, that he’s using the Spectrum, the weapon he acquired in As Darkness Falls.  How?  That ain’t no normal arrow! 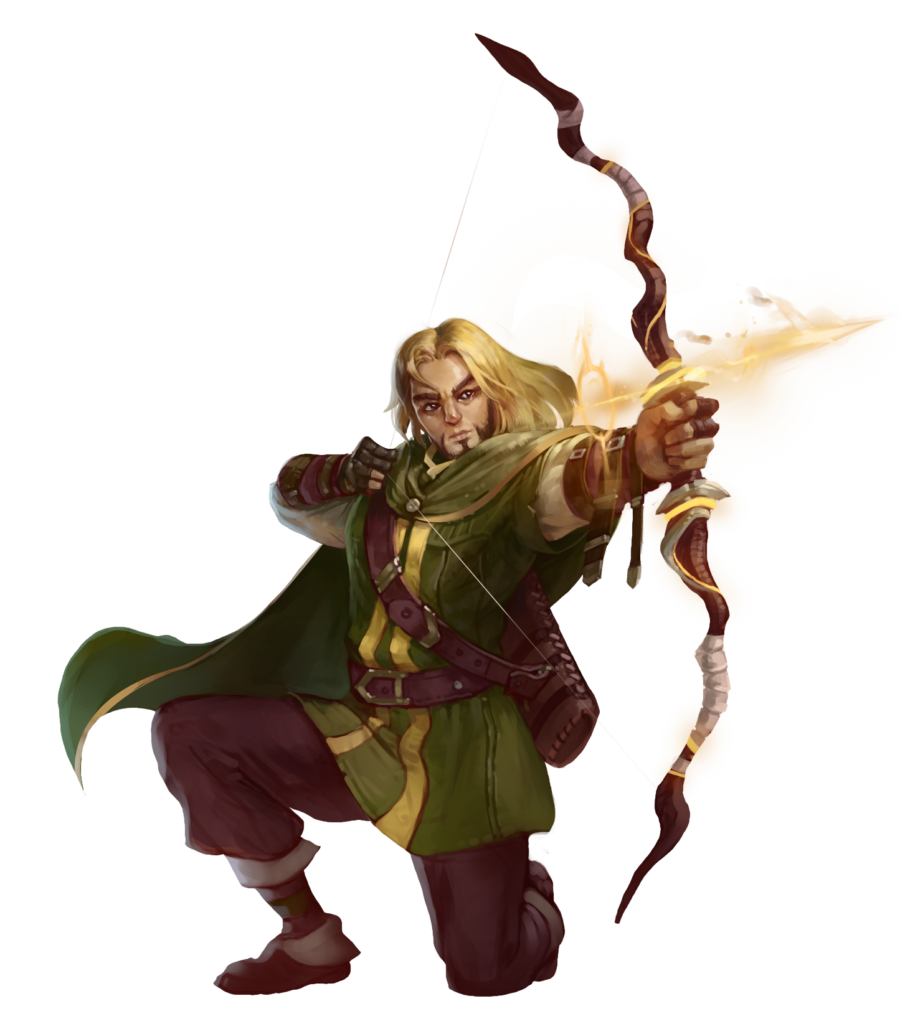 Here you can see the iconic green that the ranger is known for, and you can more definitively see the awesome magic arrow that is ready to be fired out.  I love all the details here, from the warped look to the bow, to the magic quiver, Woodchuck, slung over his shoulder. 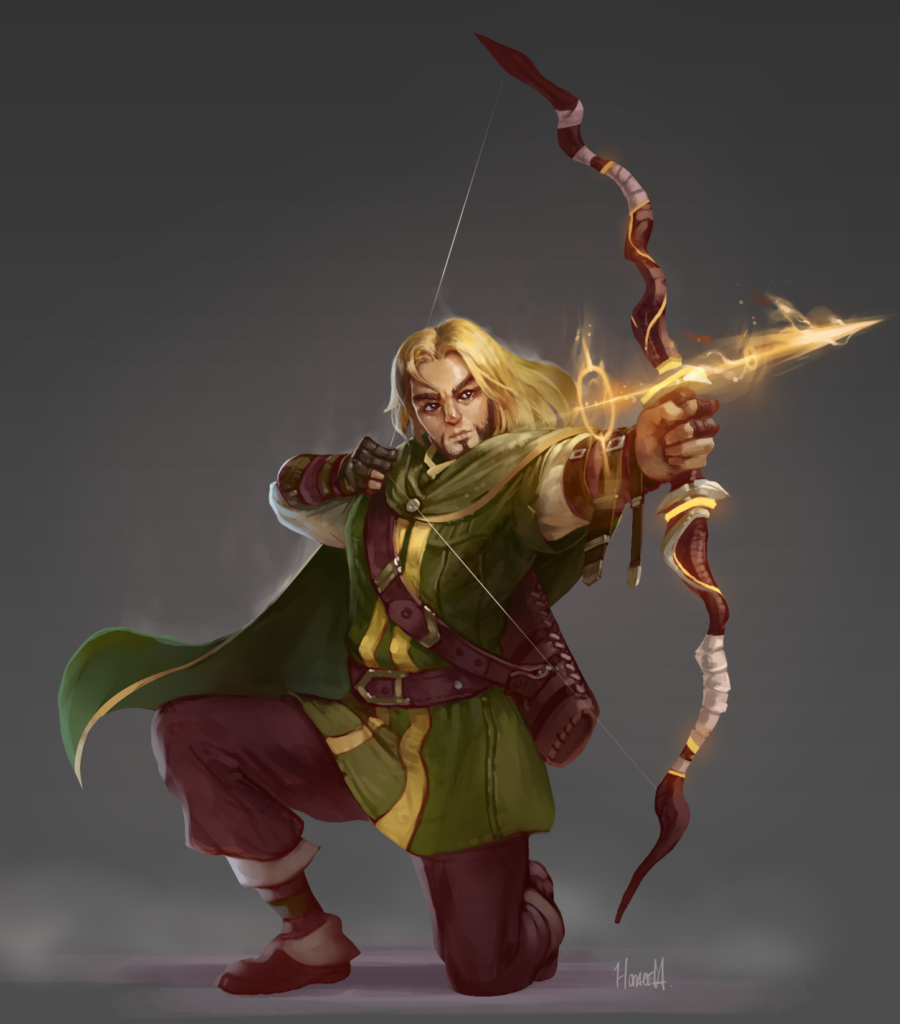 Finally, we’ve added a colored background behind the ranger that makes him pop a little bit more.  There’s a beautiful smoky look to everything, and he just comes off looking badass.

There’s no better ally for Kaos than Steel Tip, and we’ve got some very interesting changes coming for his character in the near future (can someone say Retcon?), so keep your eyes peeled.