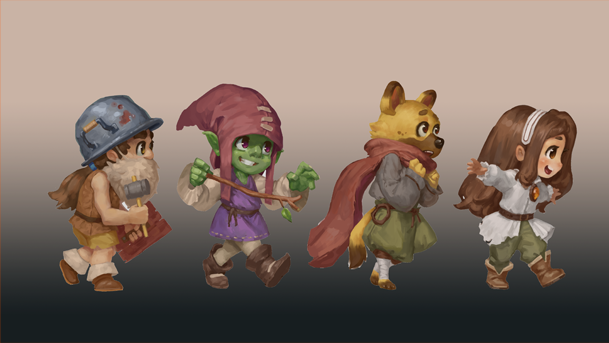 So here’s something interesting.  I’ve been sitting on this artwork for years and never realized I didn’t have it on the site!  Let’s just dive right into it so I can show off another one of Hozure’s cool works from a few years back.

When we had the box art for Quantum Quest done, it was time to really show off the game at the convention (we’re talking like three years ago now).  I thought a shirt with some cute Tellest Babies-style artwork of the box art characters would go over really well.  We called on Hozure, who did the previous Tellest babies art, and he set to work. 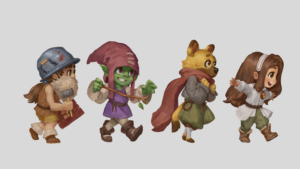 From there, we put things to color, making our adorable little characters pop like crazy.  I absolutely love how Vaulen doesn’t have a helmet, but instead a cooking pot. 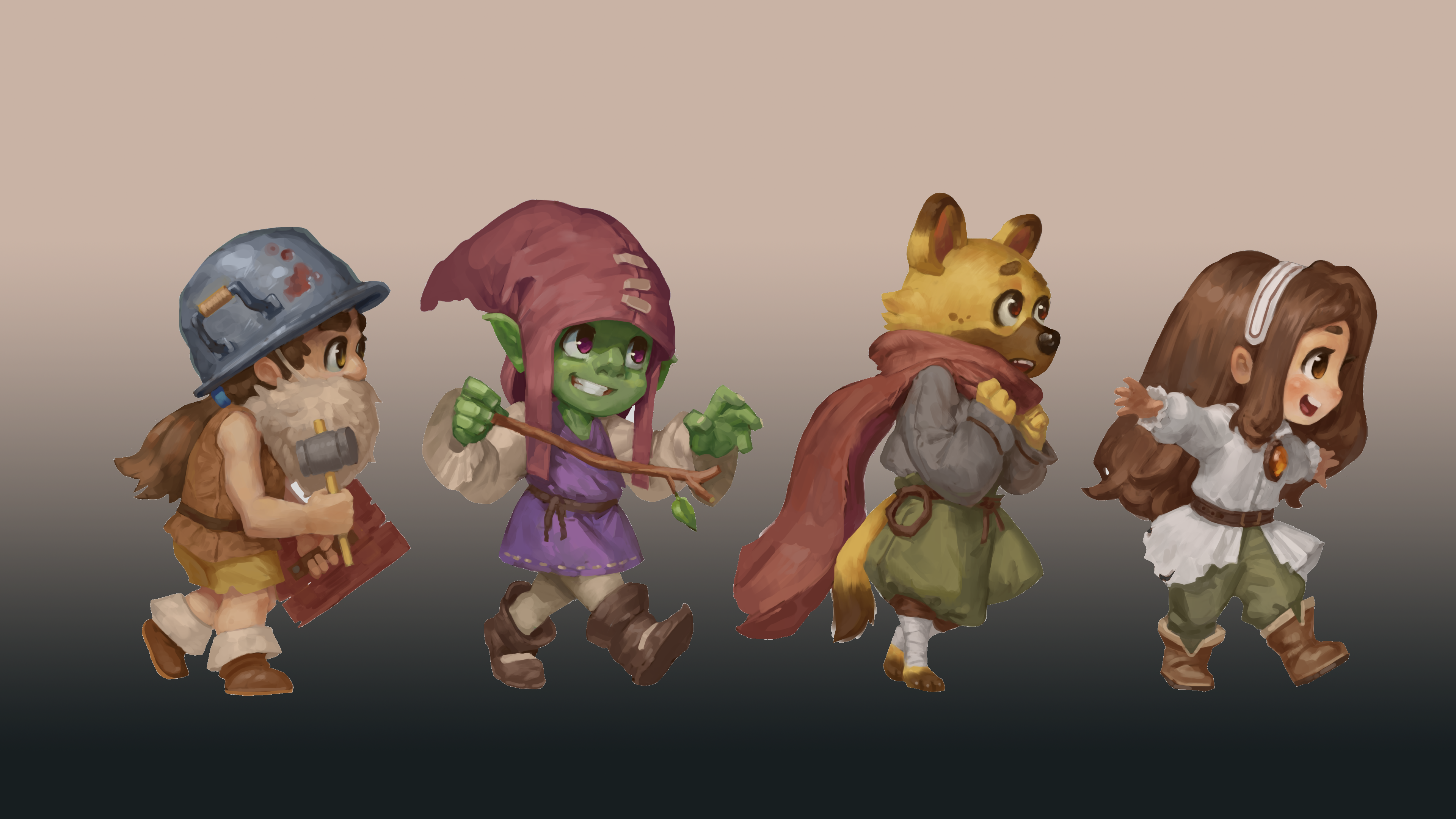 I put together a small background for them, but we didn’t actually have a transparent version of the image, so there’s a little bit of aliasing going on.  Still, I think it looks really good, and I’m very happy we ended up with this cute little concept to include in our push for Quantum Quest.

In a few weeks, we’ll have a look at some new baby characters, and we’ll be showing off a new artist who is producing them for us (hint: he’s already worked on something else that’s QQ-related).