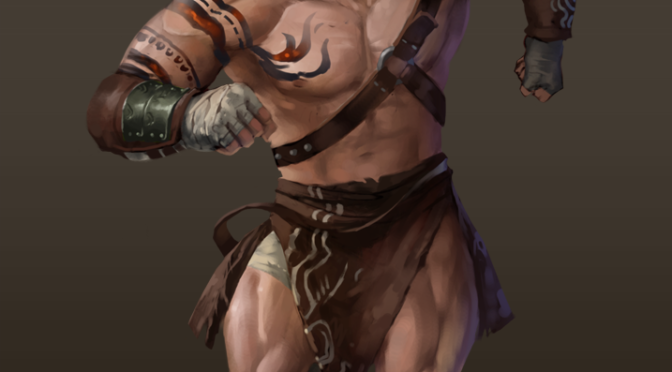 Hey there folks!  It’s time to look at another villain of Tellest, and one who creates a big ruckus whenever he shows up.  Blacklehn is known for its barbarians, which evokes these concepts of thoughtless rage machines.  But at least one of them is a lot smarter than appearances might lead you to believe. 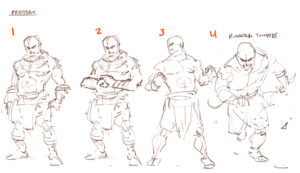 Hozure started us off with poses, as is usually the case.  We decided to go for the most dynamic of the bunch, because we wanted to imply that Prodigy is essentially Tellest’s Juggernaut.  He’s big, he’s strong, and he doesn’t let anything get in his way. 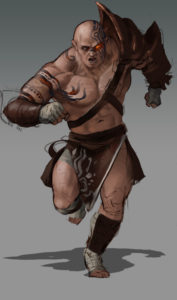 Hozure took that pose and made a sketch that just bleeds cool.  It’s amazing how far he’s come since we first started working with him just a few years ago.  I couldn’t even conceptualize this, let alone understand how to put this form together.

Up close and personal, Prodigy is even more imposing.  Hozure added some cool tribal tattoos, and a flaming red eye that I really like. 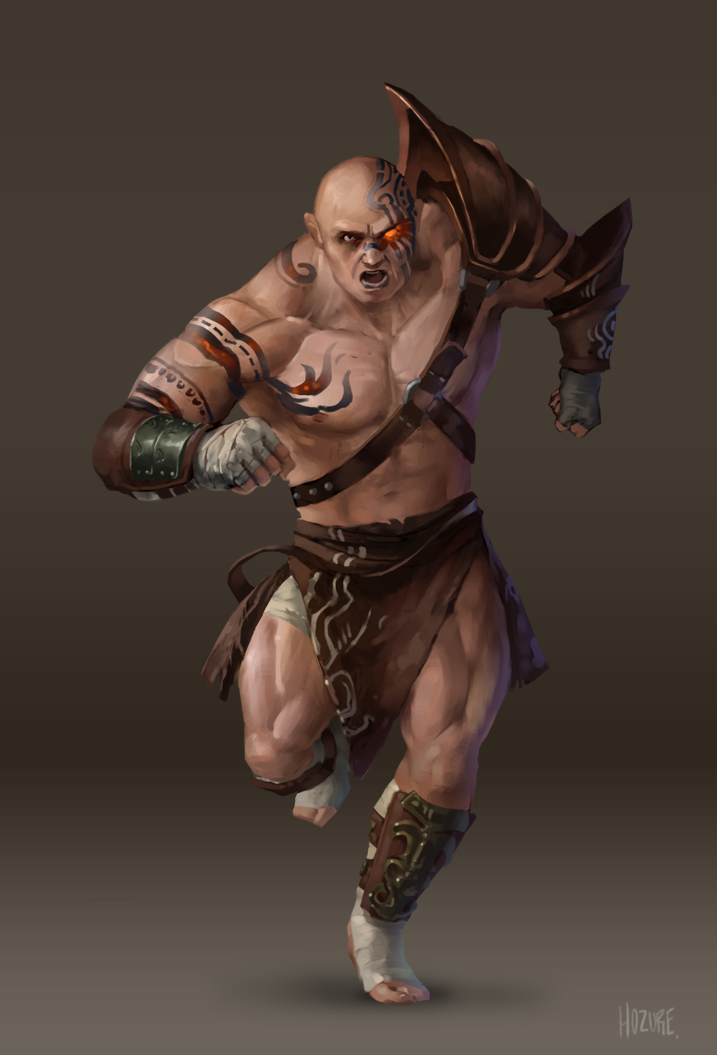 Here’s the final look at Prodigy.  I’m interested in what I can do with this character going forward.  He’s got a rich history that wasn’t explored too much in the Child of the Stars trilogy, so it’ll be fun to go beyond that.  Thanks again to Hozure for his awesome work!