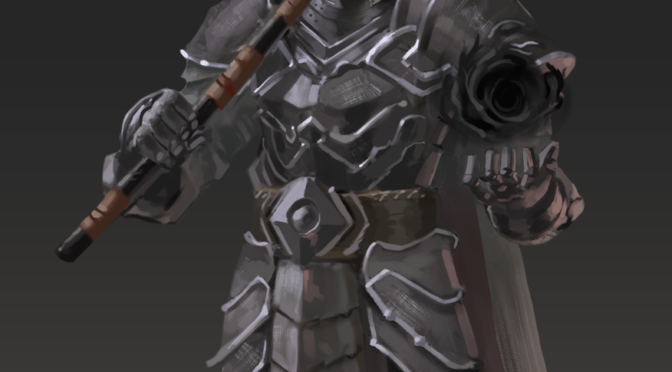 Hello folks!  We’re back today with a look at one of my favorite villains in the Tellest universe, Pendrich of Arex.  He starts off as this incredible force, but I humanized him as we went, and in time, you learn that a lot lurks beneath the surface.  Of course, that surface is hard to make your way through considering he’s got all that armor.  Anyway, before I get to rambling, let’s take a look at Hozure’s awesome look at Pendrich. 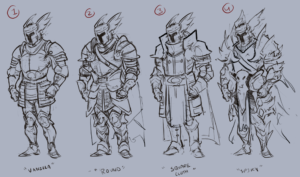 We started off with some concepts this time around, as Pendrich’s armor could have been interpreted in a few different ways.  Ultimately, we thought that what worked best was the “round” variant.

After that, it was time to make a pose.  Some of them looked a little too relaxed or a little too aggressive, but Pendrich is at his best when he’s confident and almost passive.

Once we had this beastly man sketched, man did it look cool.  Like Hozure plucked the idea right out of my head.  I love his interpretation of the raven-winged helmet, and the sort of evil looking glow of his eye. 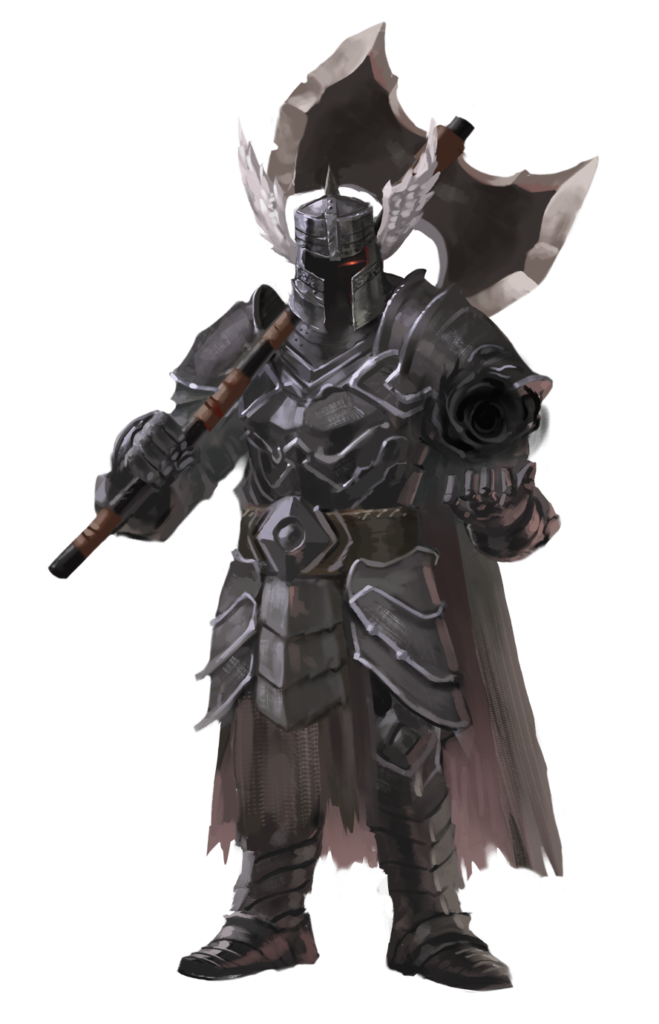 Here you can see Pendrich with all his details, including one of the black orbs of darkness that he can summon.  They get much bigger, of course, but that would have blinded us to Hozure’s awesome work! 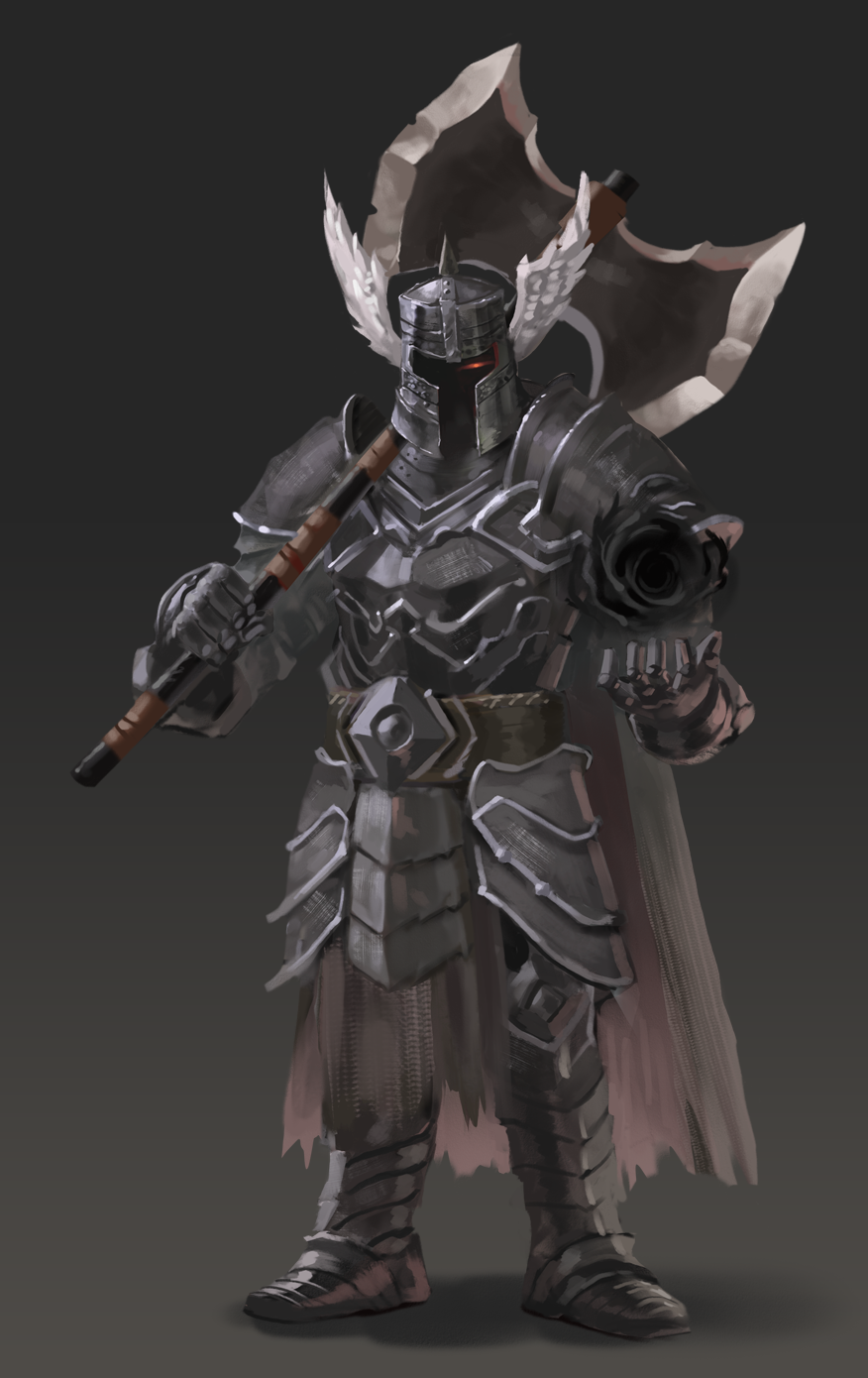 Here’s your final look at one of my favorites.  Thanks to Hozure for consistently delivering an awesome look at the Tellest characters!