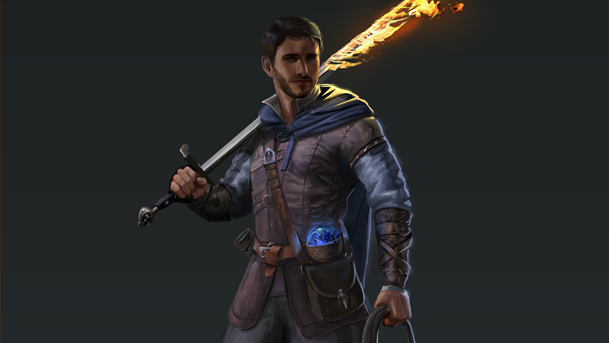 Hey folks!  So this is a kind of big one today.  It’s time to peel back the curtain in a really big way.  Please note: if you are still making your way through the tens of Tellest books in our catalog, this post contains some spoilers for the stories released most recently.  Turn back now unless you want to see how Luca Kreegan fits into the Kreegan clan.

If you’re all caught up on your Tellest reading, however, you know some pretty big storylines:

• The Child of the Stars trilogy focused on Kaos Kreegan and the vengeance he aimed to find after his family was attacked by the terrible necromancer Juramentado.
• After that, we introduced the Tales of Tellest series, and began following the exploits of several of the other characters from the Tellest mythology, including Venathryn, Bolt Thunderfury, and Maximus Xanders.  Perhaps the most important character storyline to focus on, however, was that of Adelia Kreegan.  Gaston Camlann has decided to teach her in the ways of magic, and he studies her strange gifts of ancestral recall as well.
• At the same time, the short stories in the Tales of Tellest volumes tell narratives that focus on lesser known heroes—some of which are on their way to being elevated by their own longer stories.
• Of all the characters in the Tales volumes, the most integral is Rhys Oberon.  Rhys has fractured time more than once, first in his debut story Into the Void, and then again in the 2019 tie-in novel Quantum Quest.  One of the stories in Tales of Tellest, Volume 2, however, was the one that ultimately sent Tellest down a different path.
• In the finale of Adelia Kreegan’s trilogy story, several big revelations are had, but perhaps the most important one is the appearance of her brother at Forsynthia, despite the fact that in The Bindings of Fate, we learn that he did not know of Adelia’s survival.  Yet he is alive, and he goes by a different name altogether.

Everything that you see in those bullet points had a part to play in how we got to here now.  Adelia’s ancestral recall works not only as a window to her family’s past, but also to one of her own—that of another timeline.  Because of what Rhys Oberon has been doing, the original timeline has been splintered off, and takes a new direction.  Some of the changes have been small enough not to notice, but perhaps you’ve noticed other ones already…

Now, however, we’re reaching the point where we’re really going to dig in and explore these new changes.  And perhaps one of the biggest ones is the introduction of Adelia’s brother once more.  Luca Kreegan knows of Adelia’s powers and of her past, but he isn’t the Kaos Kreegan we used to know.  Things have changed somewhat, and we leveraged the awesome talent of one of our newest artists to help bring this new version of one of Tellest’s most essential characters to life.  This has been the most verbose opening for a piece of art that we’ve ever seen, so perhaps its time for me to shut up and let the art do the talking!

We begin with some pose sketches.  We didn’t have a lot of art of Kaos, but a lot of what we did have showed him as pretty aggressive and ready to rumble.  We wanted to show this new version of our old main character as someone with a little more reserve and poise. 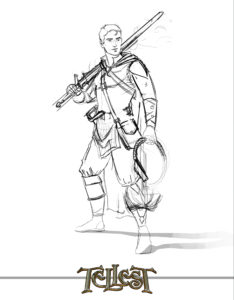 We chose one that had a very introspective look.  This variation of Luca did a good job of showing off some of his goodies: he still has a grappling hook, a strange spherical object in his pouch, and a flaming sword, so it appears that some things do not change.  But with some colors, perhaps more of the picture will become apparent. 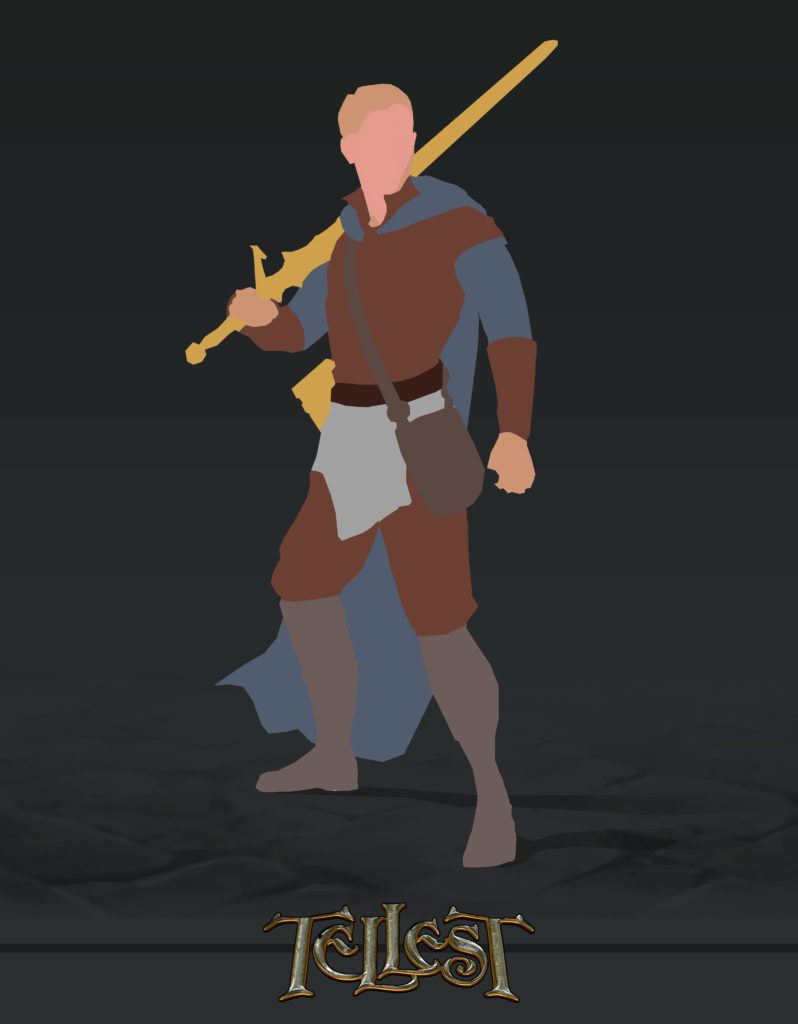 Perhaps the biggest change that we entertained was a palette change.  Kaos wore a lot of red, brown and grey, whereas Luca wears brown and blue.  This choice was made specifically because it evokes a more peaceful feel to it.  Clearly Luca knows his way around a weapon still, but perhaps he isn’t as eager to use violence to further whatever end… 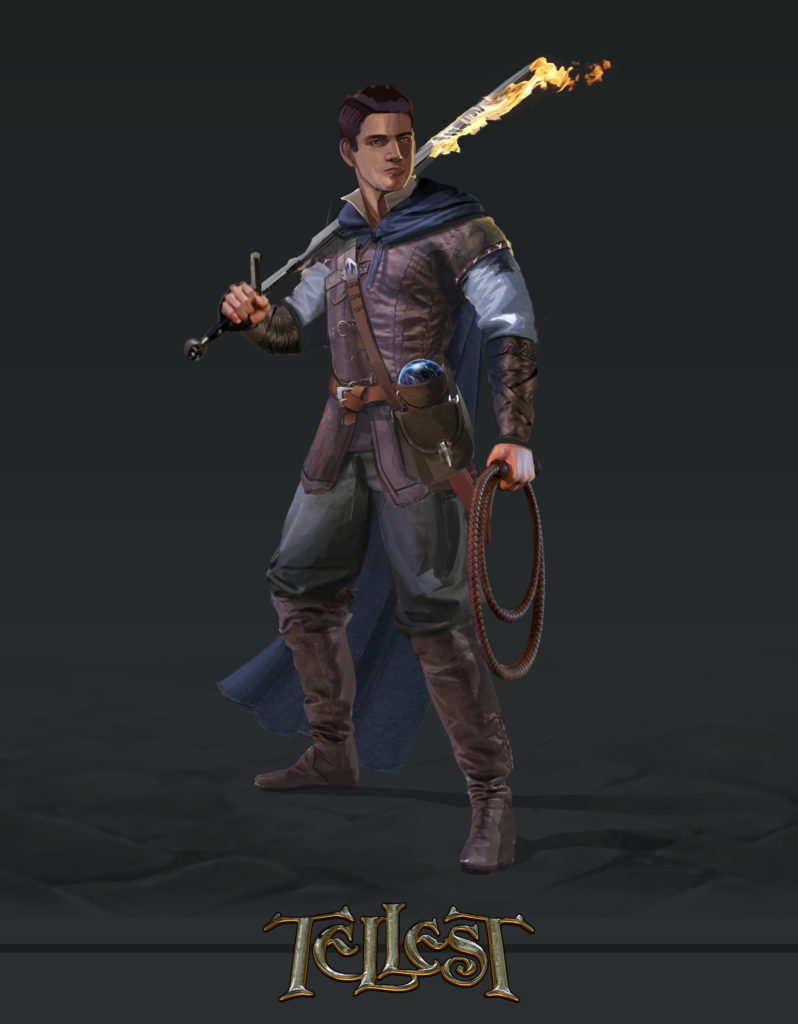 The character is almost completed here, but Dennis put things together a little further, as you’ll soon see. 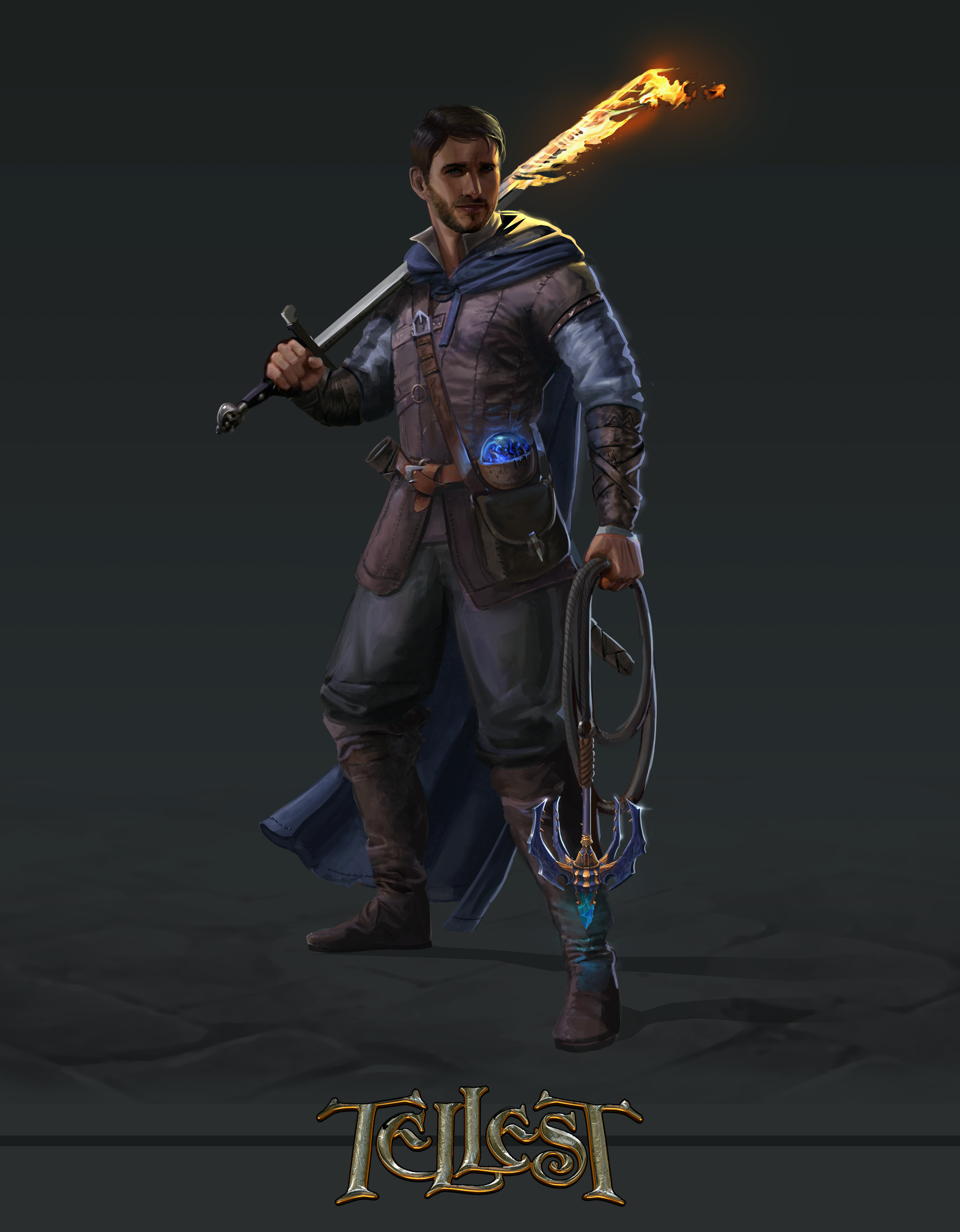 We absolutely love Luca’s new look.  We’ve known for a long time that the story was going to go this way, and part of knowing that means that you worry about how things are going to be interpreted, and how a shift is going to feel.  Dennis proved immensely capable of the task, and put together a fantastic version of our character that we could not be happier with.  I’m so excited to show off more of Luca in the future, as well as to see the other ways that the landscape has changed now that we’ve officially declared the timeline shift.

You won’t have to wait long either.  In just three weeks, we’ll show you another character who we’ll be exploring in a brand new way.  Keep your eyes peeled, and we’ll be back before you know it!