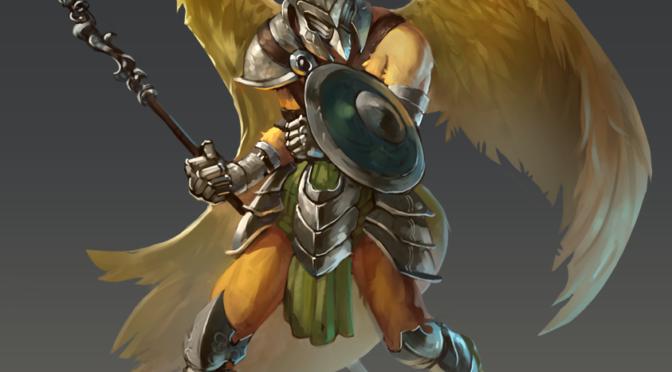 Hey there folks. It’s a lot of fun to show off all our characters, but in a world as diverse as Tellest, I feel like we’ve leaned on our human characters a bit more than I’d like to admit!  We’ve got a few elves that we’ve seen, and the dwarves have shown up in a few larger pictures (though not by themselves).  And of course we’ve seen a bit of Dirk and Kaiyonani.  But it’s time to give some other characters a chance to shine!

Today’s character is Keota, the avarian who is aided by Bolt Thunderfury against a giant and an army of naga.

As with all of our collaborations with Hozure, we began with a few poses that we were able to choose from.  For such an interesting character, we wanted something that showed off a lot of him. 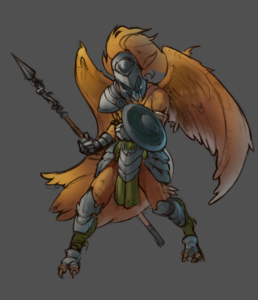 We opted to go with something that showed Keota’s broad, bronze wings.  He’s no stranger to armor and weaponry either. 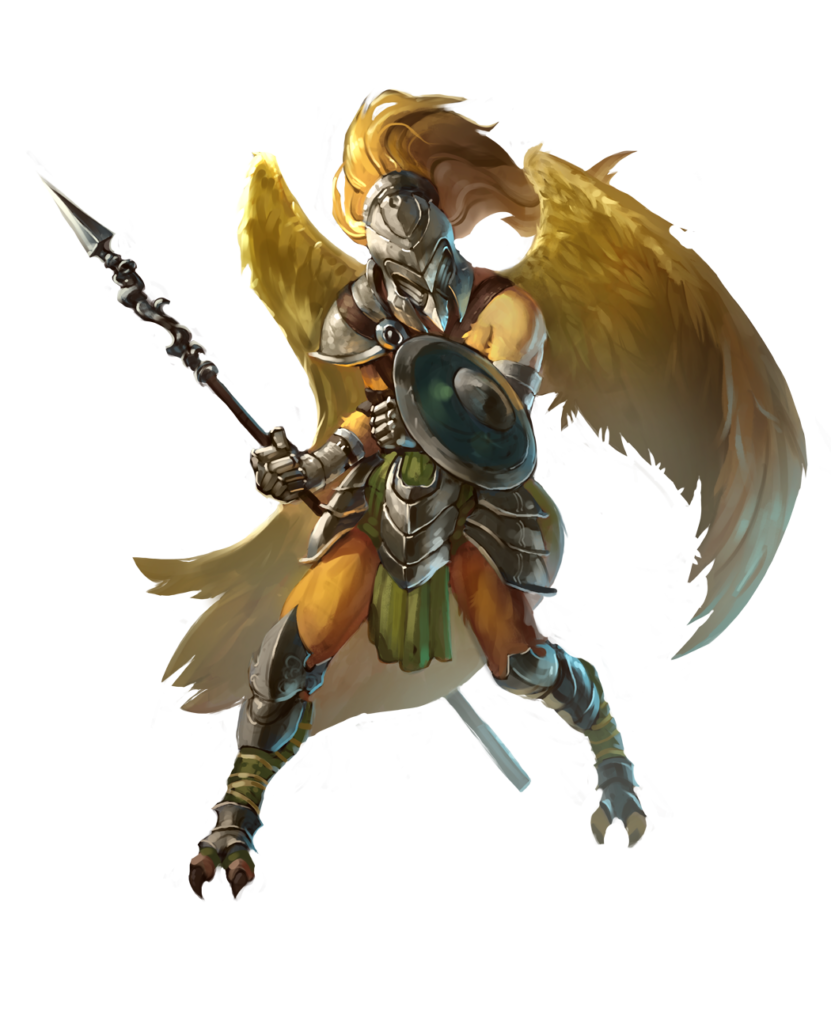 Once we added some more luster to the character, Keota nearly popped of the screen.  He made for a great ally to Bolt, and it was awesome to see him realized like this. 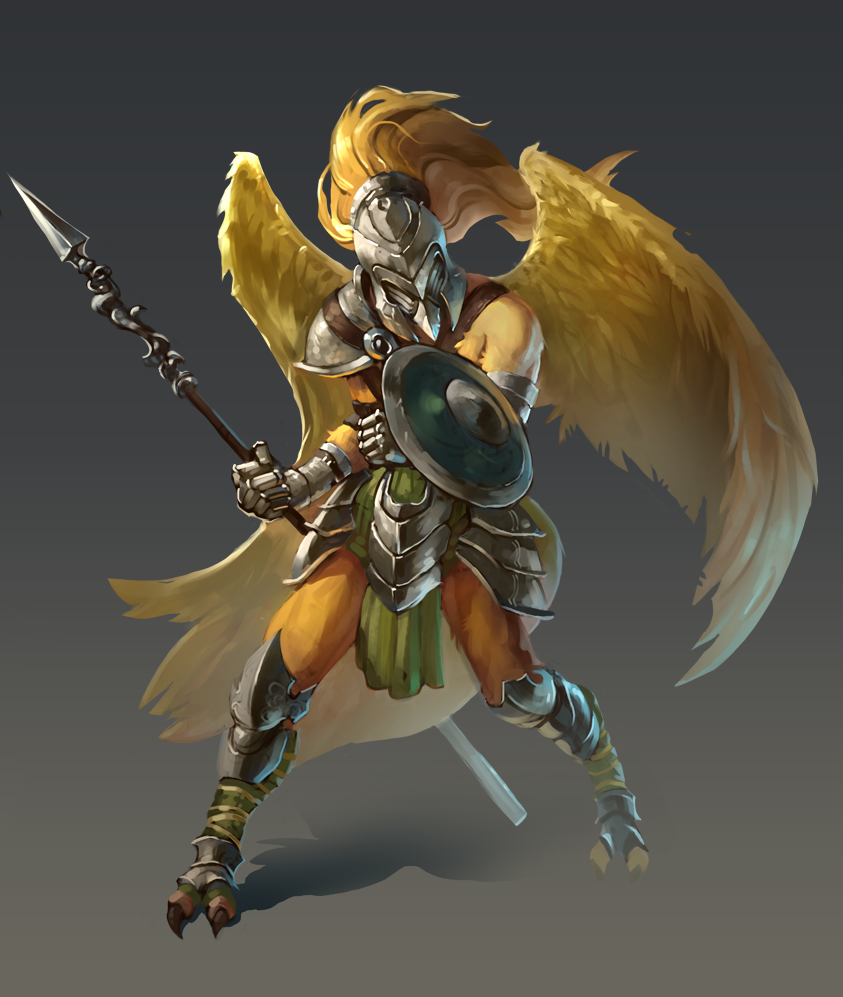 Tacking on a background makes this incredible avarian look even more impressive.

What do you think?  Would you like to see more of Keota’s roost captured in art like this?  There’s plenty more on the horizon!

18 thoughts on “Character Art – Keota of the Avarians”