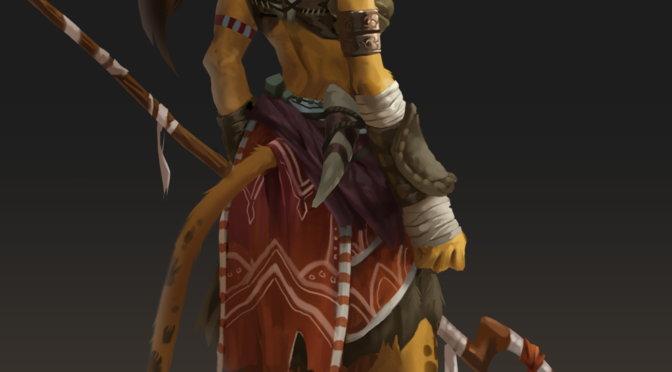 Folks, it’s that time again.  We’ve worked with Hozure enough to know that it’s probably going to be a permanent thing, and we’re happy to show off the latest of our collaborations.  While he’s mostly done humans and elves for us, we have had one of our anthro races show up.  Today, let’s make that two.

Kaiyonani is arguably one of our more popular characters.  People love cats, people love dragons, and people love powerful females. There’s a lot of boxes that get checked by Dragonspeaker.  But to make sure she looks as awesome as possible, that’s why we go to people like Hozure. 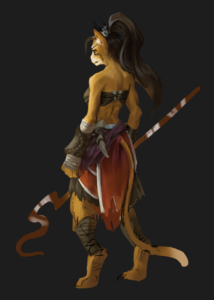 Kaiyonani has a very particular flavor to her.  Most of our characters have a very feudal Europe feel to them, but Kai comes from almost the Sahara equivalent of Tellest.  It wouldn’t make much sense to see her in heavy armor or anything like that.  Hozure captured her essence here perfectly. 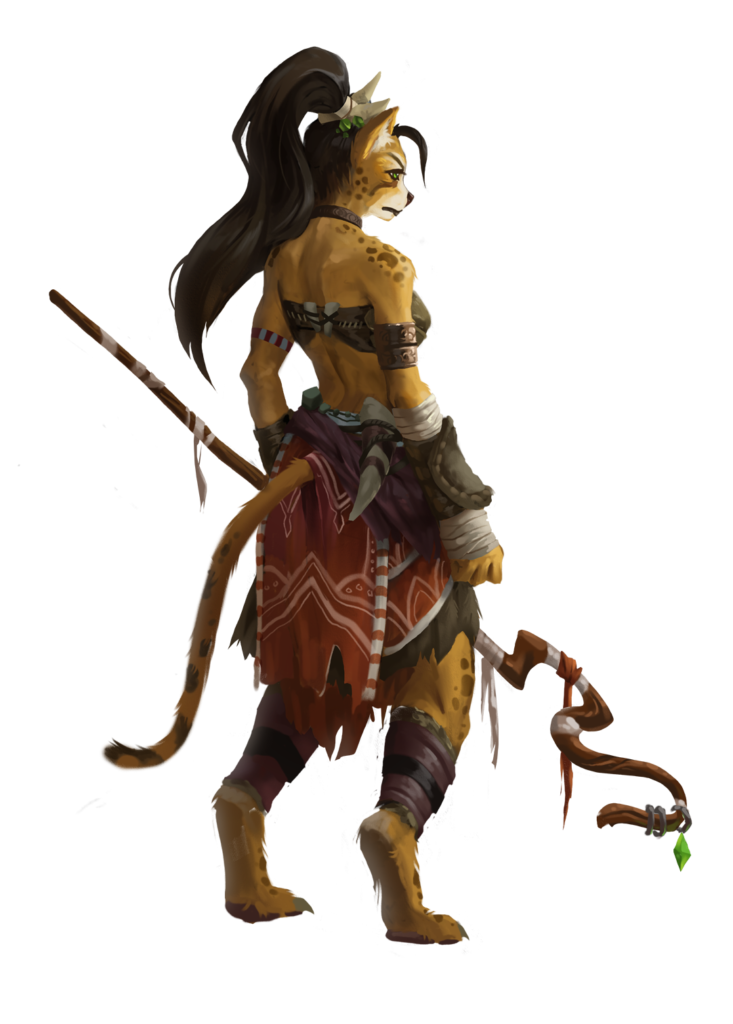 With his next change to the character, Hozure added some awesome details to her.  The staff, her spots, the fabric… Everything just pops here.  I like the attention to her fur as well.  You’ll see a lot of smooth areas, but you’ll also see sproingy little tufts as well. 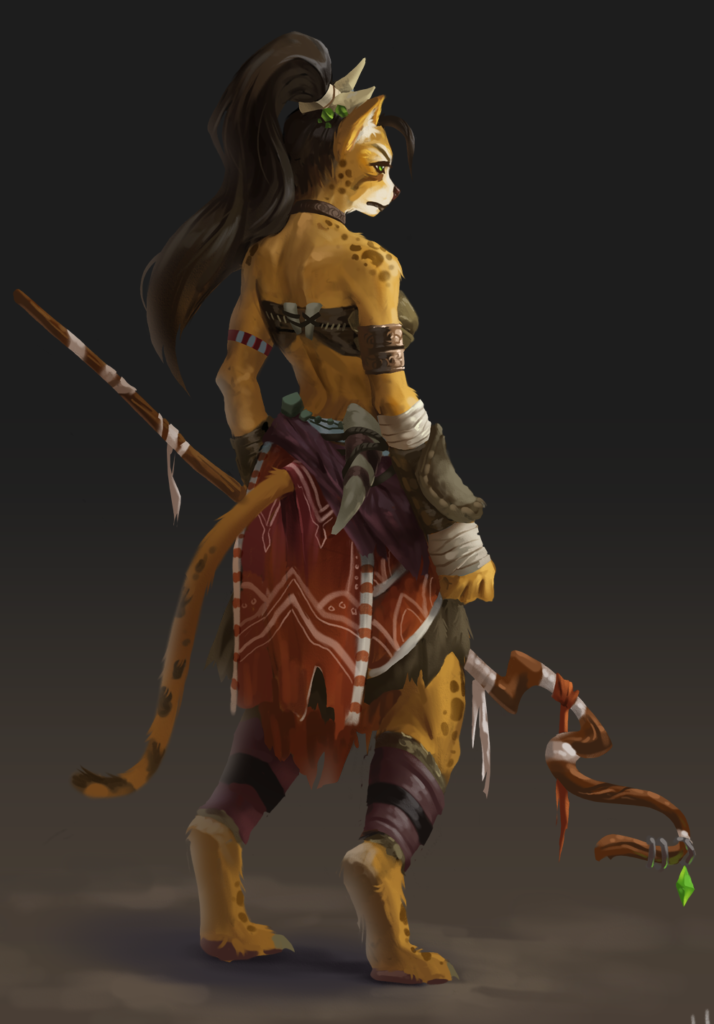 And there you have it.  Our Dragonspeaker from the Kehara in all her glory, captured by a very, very talented artist.  Thanks so much to Hozure for lending us his gifts!